These 2019 animal encounters ranged from scary to outright adorable

As 2019 comes to a close, we want to recognize the many animals that graced us with their presence on camera and online. Beachy San Diego had its fair share of shark encounters, but we cannot forget the miraculous kitten discovery or the ambassador platypuses from Australia.

Here's a look back at the animals that made us smile this year.

Meows coming from inside a steel column led to the discovery of a litter of kittens believed to have traveled hundreds of miles over two days from Hayward to San Diego. The three males and two females have been given names linking them to the construction site: Chisel, Crowbar, Jackhammer, Piper and Rebar.

City Council Votes to Keep Alpacas as Pets in Escondido

An Escondido woman had to go the extra mile, petitioning city council and paying thousands for a special permit to keep her alpacas "Bubba" and "Einstein." City code in Escondido didn't allow the alpacas to live in Thor's backyard because, of purposes of zoning, they are regarded as cows. But after gaining support from other neighbors and even strangers, city officials changed their current animal regulations to allow the animals to stay.

NBC 7's Steven Luke spoke to the woman who went to great lengths to keep her unusual companions.

Birrarung and Eve, an 8-year-old male and 15-year-old female, are the first platypuses to live outside of their native Australia in a half-century, according to SDZG spokesperson Rick Schwartz.

The pair will act as the only U.S. ambassadors for their species, promoting awareness about the vulnerable platypuses and sharing the importance of protecting their habitats -- freshwater streams increasingly threatened by pollution and climate change, the zoo said.

Meet the newest and cutest additions to the San Diego Zoo Safari Park.

Holy cow! Officers called to a disturbance in an Escondido neighborhood on Easter Sunday found cattle making themselves at home in a resident's yard. A pair of cows had wandered into their neighborhood and were grazing on his landscaping at about 3 a.m. As officers waited for animal services to arrive, the cows appeared to be milking the situation. The animals grazed on grass and planted flowers as they wandered the neighborhood.

A white rhino born last month at San Diego Zoo Safari Park has been named Future for what the calf represents to rhino conservation worldwide, officials said. Future is the 100th southern white rhino to be born at the park and the second conceived through artificial insemination.

A dead 5 to 6 feet long great white shark washed up on Carlsbad State beach in July, perhaps hooked by a fisherman or hurt by a boat. "You know it kind of added as a day to remember. To actually see a great white shark, which again is so sad to see, but it was also pretty amazing to see," witness Katie Goulart said.

A great white shark was found dead in Carlsbad State Beach. Lifeguard's said that the animal was injured around its mouth, it has been collected by SeaWorld to determine the cause of death.

Construction workers in Oceanside accidentally made a whale of a discovery: ancient whale bones. Senior Paleontologist Todd Wirthssaid it is rib bones, possibly from a gray whale, that lived during the Ice Age about 120,000 years ago.

NBC 7’s Danielle Radin speaks with a Poway paleontologist about a discovery that has been 120,000 years in the making.

Two San Diego men were thanking their lucky kayaks for taking the brunt of a great white shark bite near Catalina Island in October. The two experienced scuba divers were taking a break from their diving trip, coordinated through La Jolla-based company Power Scuba, to kayak to Ship Rock near Catalina Island when Daniel felt a strong push.

Blue-Footed Booby Takes These Broken Wings and Learns to Fly

On Nov. 21, crews spotted the bird at the Oceanside Pier – hundreds of miles from the Gulf of California which is as far as blue-footed booby typically go, according to SeaWorld. The rare sighting prompted officials to bring the bird to SeaWorld San Diego for immediate care. The blue-footed booby was “very thin and suffering from an infection and wing injury,” SeaWorld said.

SeaWorld San Diego rescued an injured blue-footed booby and released it back into the wild three weeks later. 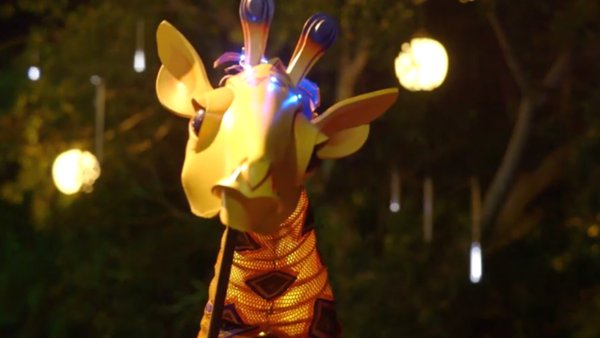 Sleigh Down to These 2019 Holiday Events in San Diego