More than 84,000 San Diegans are living with Alzheimer's disease or another form of dementia and more than a quarter-million others are caregivers to someone with the disease, according to San Diego County Health and Human Services

San Diego County officials hope to expand a pilot program operating in East County that trains first responders to help some of the tens of thousands of San Diegans with dementia.

The Alzheimer's Response Team (ART) — a coalition of San Diego County Sheriff's deputies, Grossmont Healthcare employees and other first responders— was created to prevent those with Alzheimer's disease or other forms of dementia from unnecessarily ending up in a hospital or jail.

ART team members look for warning signs, like confusion or lashing out and, instead of handing the individual off to a hospital, calls adult protective services to evaluate their needs and connect them with long-term resources through Alzheimer's San Diego, according to the organization.

The team, funded by Grossmont Healthcare District and San Diego County, has been operating in Santee, Lakeside and unincorporated El Cajon since June but Alzheimer's San Diego hopes to expand the program county-wide. 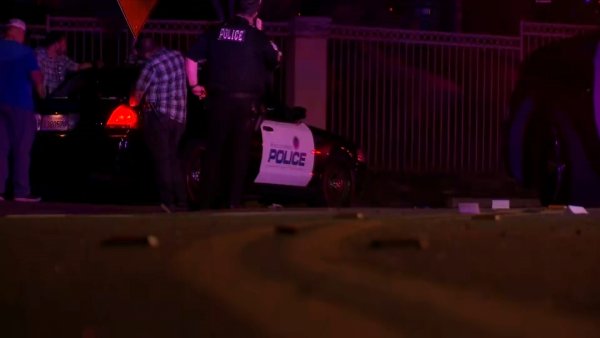 Suspect Killed by Escondido Officer Fired Back With Ghost Gun, Had More Untraceable Guns in SUV

During that time, Alzheimer's San Diego has been referred 50 cases, of which 22 have signed on to the program.

The non-profit also provides support for caregivers, including a program that allows them to take a break, while a volunteer keeps their loved one company.

Supporting someone with dementia can be taxing for caregivers like Lashaunda Gaines, whose uncle cared for her grandmother when she was diagnosed with Alzheimer's.

"He provided care to her, but that meant he had to stop his work to do that so then their whole family was affected," Gaines said. "So it's not a disease that just affects the person who has it. It trickled throughout our whole family."

More than 84,000 San Diegans are living with Alzheimer's disease or another form of dementia and more than a quarter-million others are caregivers to someone with the disease, according to San Diego County Health and Human Services statistics from 2015, the last year data was available.