He may never walk again, but Mike Caster has made immense progress since the 1 October attack at a rehabilitation facility that specializes in spinal injuries

An Alpine man shot in the back by a gunman perched on the 32nd floor of a Las Vegas hotel in one of the country's deadliest mass shootings, is continuing to make steps towards recovery.

Mike Caster was one of thousands of people watching country music singer Jason Aldean perform at the Route 91 Harvest Festival in Las Vegas on Oct. 1 when a gunman hailed gunfire on the crowd, killing 58 people and injuring more than 500 others.

"I had gotten it right through the back and right at that moment I had no movement in my lower body," Caster said.

He may never walk again. But, Caster has made immense progress since the attack at a rehabilitation facility that specializes in spinal injuries.

Earlier this week, Caster was able to get behind the wheel of a car to practice driving with hand controls, according to a GoFundMe page set up to help cover Caster's medical costs.

According to the post, Caster said he caught on quickly.

Caster and his family were sitting in lawn chairs at the concert when they heard the gunshots and saw people running. They started running as well and that's when Caster was shot in the back.

His girlfriend got him to a nearby tent and a group of people carried him to a truck to get to the hospital.

Caster told NBC 7 last month that he felt lucky to be alive. 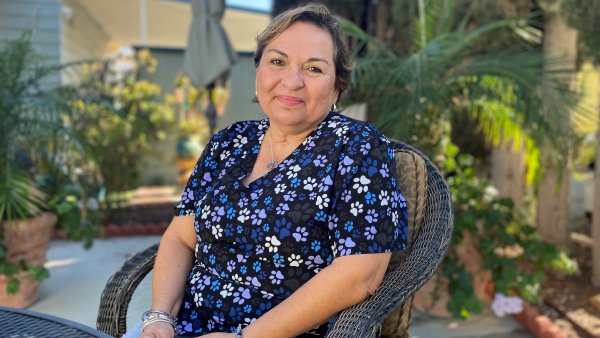 "A lot of people were less fortunate to get out of there, maybe they had similar types of injuries, but my girlfriend acted quickly. She found people to help me," Caster said.