The four incidents outlined in the DA's reviews cover officers with the San Diego, Escondido and Chula Vista police departments, as well as the San Diego County Sheriff's Department

The four incidents outlined in the DA's reviews cover officers with the San Diego, Escondido and Chula Vista police departments, as well as the San Diego County Sheriff's Department.

Olson was shot by Escondido Police Officer Chad Moore near the intersection of Broadway and Second Avenue. Escondido police alleged Olson advanced on the officer while holding a crowbar.

The DA's review states that once Moore arrived on scene, he told Olson multiple times to put the crowbar down. Olson advanced on Moore, who backed away from Olson and told him again to drop the crowbar or he was going to shoot, according to the DA's Office.

Once Olson came "within striking distance of Moore," the officer "feared Olson would strike him with the crowbar," and opened fire.

Olson was transported to Palomar Medical Center, where he was pronounced dead.

The video released includes portions of the 911 call, surveillance cameras, photographs of the scene and footage from body-worn cameras from officers at the scene. NBC 7's Dana Griffin reports.

The DA's review alleges Moore did not have time to switch from his firearm to a less-lethal option such as a stun gun. Moore was also a K-9 officer, but could not use his police dog because he would not be able to control the dog and keep his attention on Olson, thus posing a potential danger to nearby bystanders, according to the DA's Office.

Olson's brother, Michael Olson, told the San Diego Union-Tribune earlier this year that the shooting was an example of excessive force. One of Olson's friends, J.C. McCusker, questioned why Moore initially had his gun out and why he did not tase Olson instead, in an interview with the newspaper. 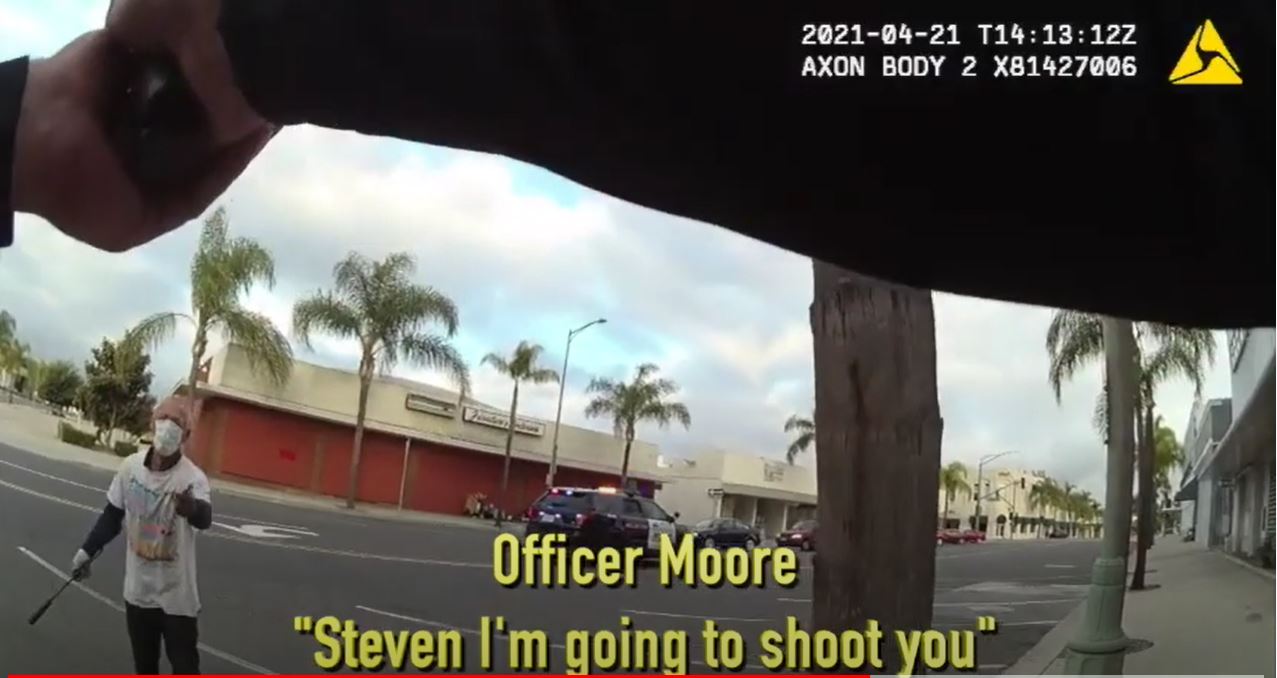 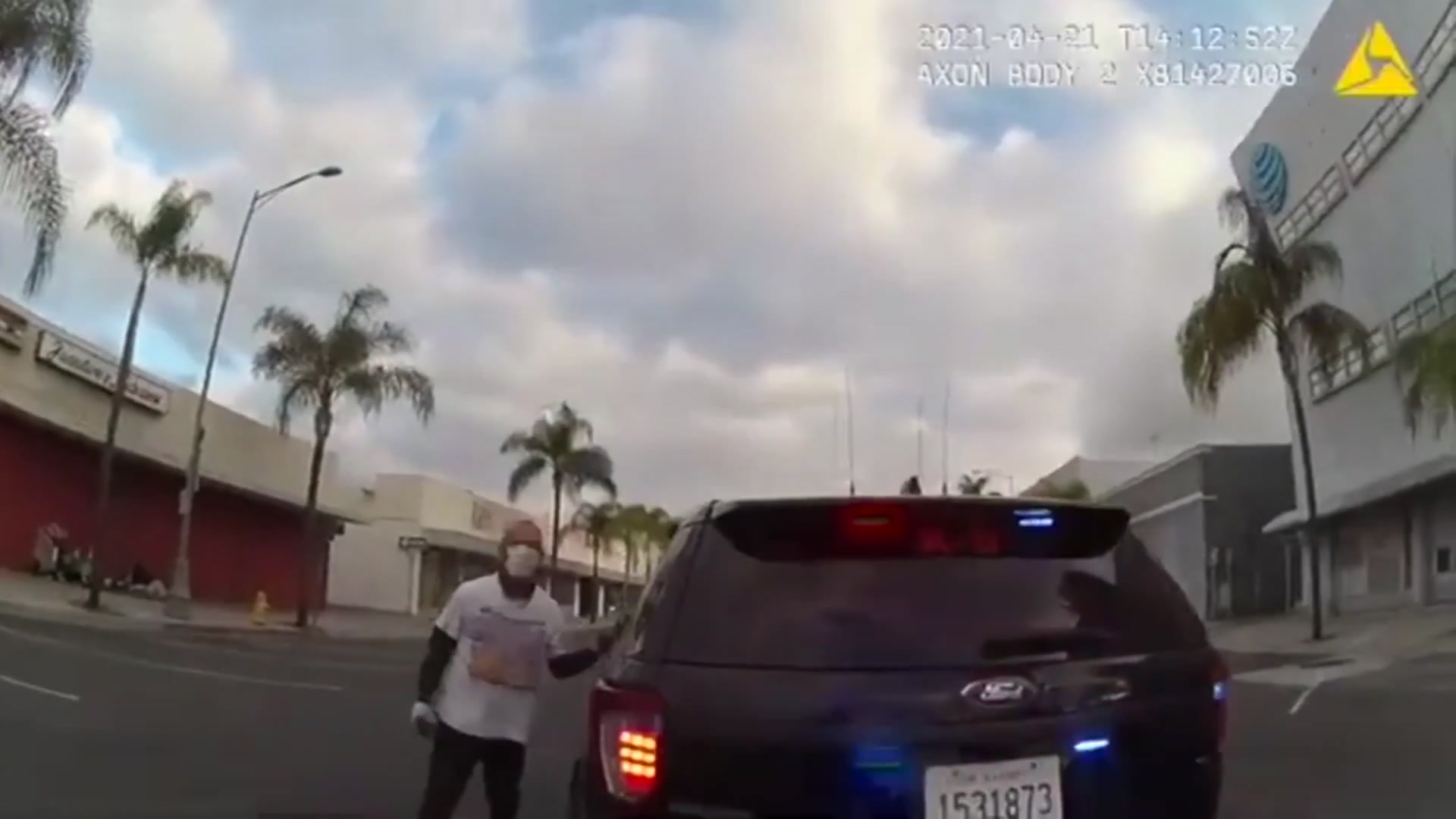 Police were called just before midnight by one of Nunis' daughters, who said her father was trying to jump out of a home's second-story window.

According to the DA's review, Nunis tried to run away from arresting officers and was tackled to the ground and handcuffed.

He was later placed in a "maximum restraint WRAP device," sometimes referred to as a spit hood, a mesh fabric sack that is placed over a subject's head. The DA's review said this was placed on Nunis "after he began spitting onto the ground."

He was later put into an ambulance, where he stopped breathing and went into cardiac arrest.

Nunis was taken to Sharp Chula Vista Medical Center, where he died.

The M.E. also posited it was possible Nunis had "some type of undiagnosed disorder that altered his mental state enough to agitate him to the point of an excited-delirium type episode where he was susceptible to a sudden cardiac arrhythmia during the post-excitement phase of his heightened or altered sensorium."

No drugs or alcohol were detected in a blood sample taken from Nunis, the report states.

The DA's review cleared Chula Vista Police Officers Evan Linney, Manuel Padilla, Brian Olson, David Rivers and Jordan Salvador of culpability, stating that "there was no evidence of significant acute trauma identified by the medical examiner that would have been a contributing factor in Nunis' death."

The DA's Office stated that Nunis was breathing and able to talk after force was applied, which did not involve knees to Nunis' neck, head or back.

Nunis' family members have filed wrongful death lawsuits in both San Diego state and federal courts against the city of Chula Vista and the officers involved. Pointing to Nunis' diminutive size, his family alleges the officers' use of force contributed to the death and that they should have done more to de- escalate the situation, as Nunis was clearly experiencing a mental health crisis.

San Diego County sheriff's deputies James Clone and Sean Zappia responded just after 8 a.m. to a report of a man sleeping in a vacant lot.

The shooting occurred at about 8 a.m. on a hillside in a neighborhood north of Leucadia Boulevard and west of Interstate 5, reports NBC 7's Rory Devine.

When checking whether he had an arrest record, Anderson took off running, according to the DA's review. After being chased, Anderson then pointed a handgun at Zappia, the DA's Office stated, prompting both deputies to open fire, striking Anderson multiple times. He later died at a hospital.

Both deputies were cleared of criminal liability, with the DA's Office stating Anderson "created a deadly force situation by pointing a handgun at Zappia."

San Diego Police Officer Kelly Besker was flagged down by a pedestrian who stated he saw a homeless man, later identified as Wilson, who was armed with a knife.

Besker encountered Wilson near the intersection of Third Avenue and G Street, where Wilson denied having a knife.

According to the DA's review, Besker "planned to detain and handcuff Wilson in order to investigate whether he had a knife," but Wilson told the officer to "back off." As Wilson turned away, Besker saw a knife sticking out of Wilson's back pocket and told Wilson not to reach for the knife.

Wilson pulled the five-inch blade out of his pocket and dropped the knife as Besker fired three times. The DA's review states the men were four feet away from one another when Besker opened fire.

Wilson was hospitalized with gunshot wounds to his left lower groin, buttock and thigh.

The DA's review says Besker reasonably believed that Wilson posed a threat, "because Wilson was reaching for a lengthy kitchen knife which he denied having on his person." 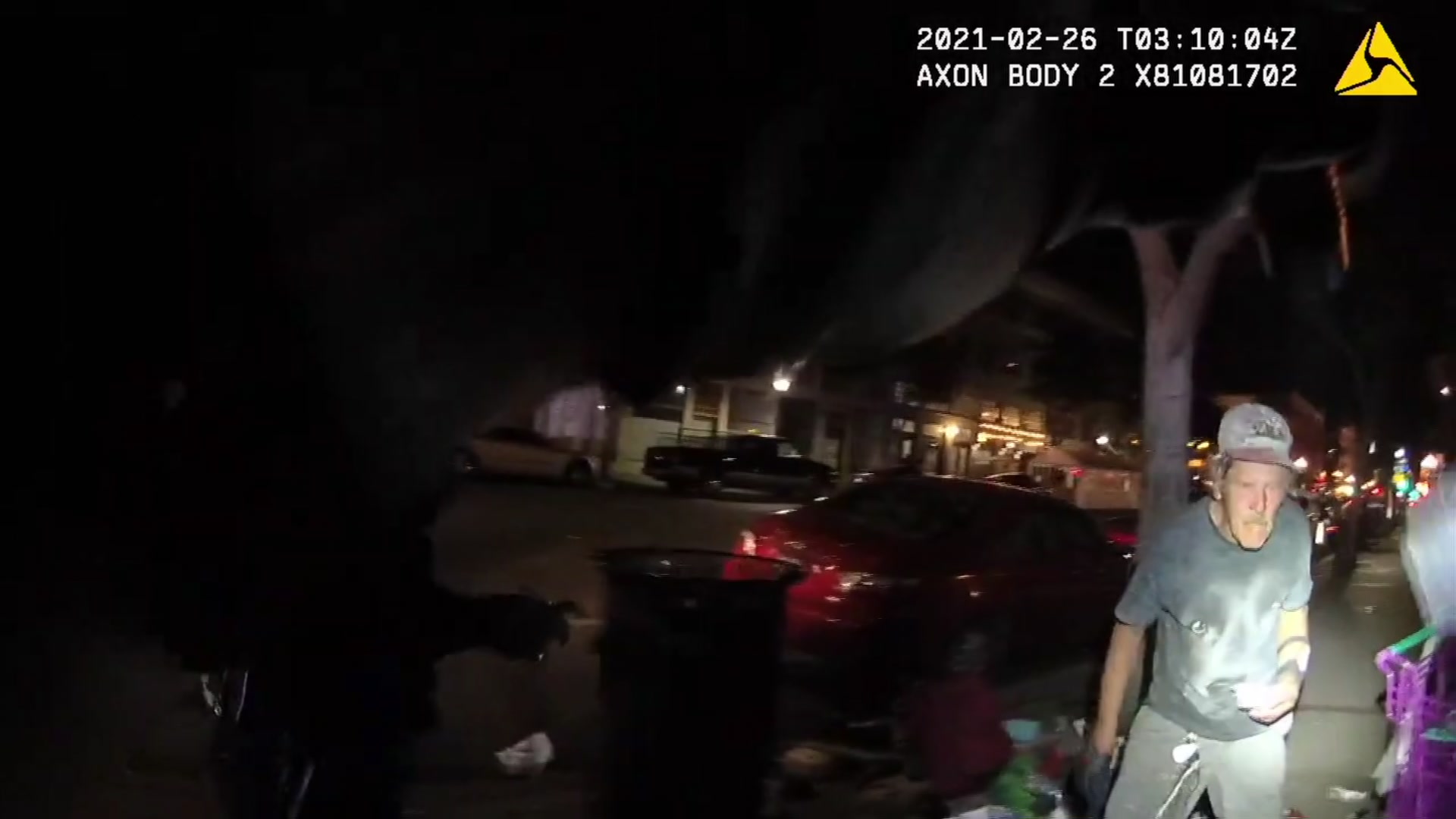 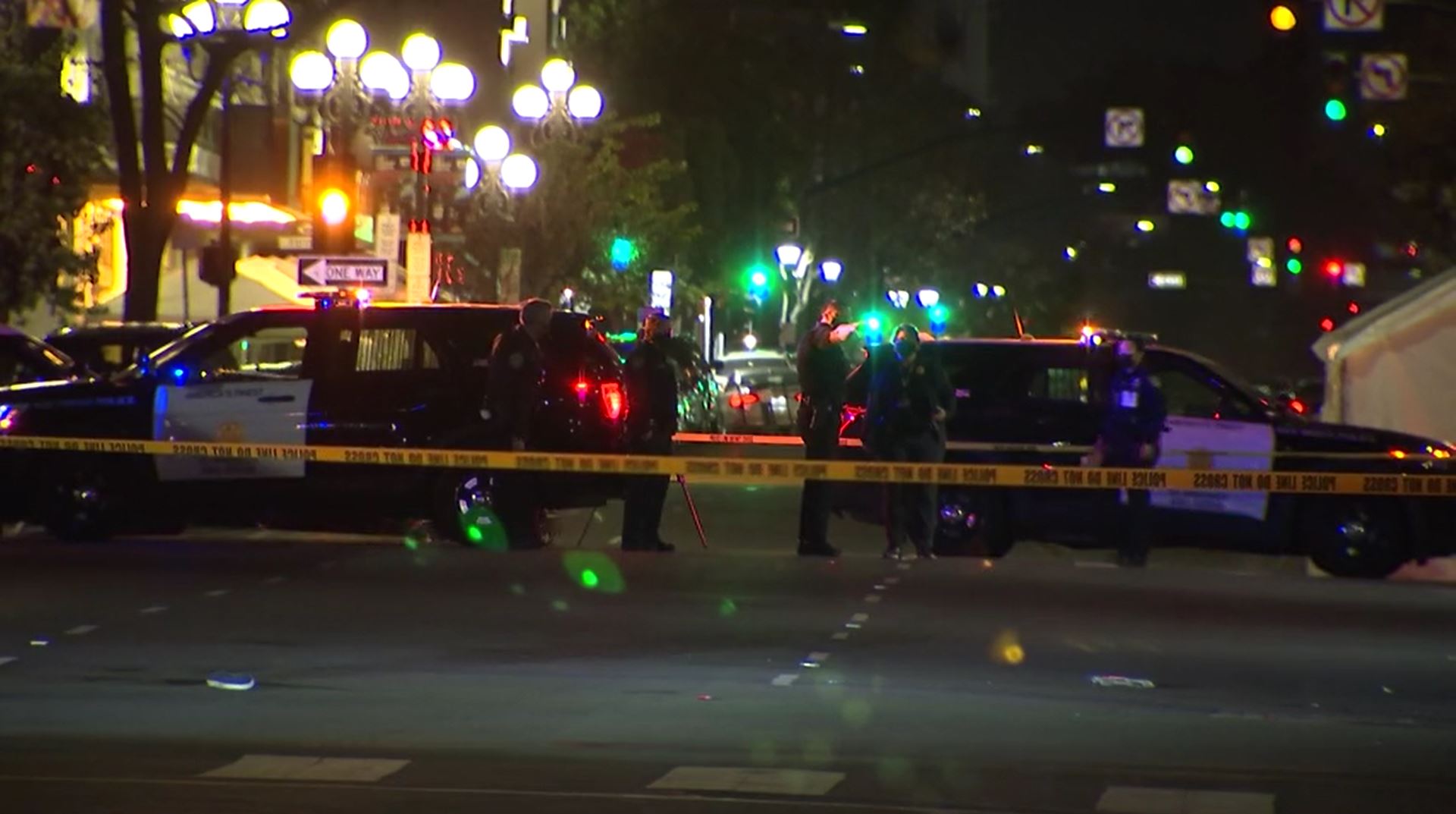