Hailey Suder, 18, will be arraigned next week.

An 18-year old Santee woman is behind bars, facing a murder charge for the beating death of a homeless man.

Hailey Suder is now the third person arrested in connection with the murder of George Lowery, 50, on April 24.

Brothers Austin Mostrong, 20 and Preston Mostrong, 19, were arrested in connection to Lowery’s murder.

Lowery and his wife, Penny, lived in the riverbed in a homeless encampment.

Officials from the San Diego County Sheriff’s Department (SDSO) said Penny found him unconscious in the riverbed just west of Chubb Lane and N. Magnolia Avenue in Santee. He had suffered trauma to the head.

He was taken to the hospital and died of his injuries five days later. 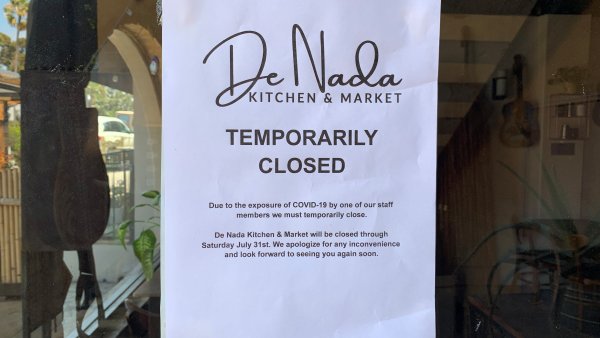 Now, NBC 7 has learned that Suder was present when the homeless man was beaten. Investigators said although there is no evidence she took part in the attack, Suder helped the Mostrong brothers escape.

She was arrested Thursday on the 9800 block of Via Rita, just east of Cuyamaca Street near her home in Santee.

Some neighbors told NBC 7, the allegations against Suder surprised them because the teen seemed to be a nice girl.

“If you know they're beating the guy to death, stop it. Do anything you can. Yell for help,” neighbor Lisa Kruis said.

Kruis said she is stunned that the teenager is accused of having such a blatant disregard for life.

“Remember that some day that could be you. You never know where life's going to take you,”she said.

One friend, who did not want to be identified, said Suder began to change when she started dating Austin Mostrong.

A classmate of Suder's from Santana High School expressed his disbelief that she was charged with murder.

Suder was a senior at Santana High School and pictures showed that she had been a cheerleader.

Lowery's wife Penny told NBC 7 previously that her husband was beaten after a dispute over a paintball gun. She said he had tried to protect another homeless man a week before he was killed.

The Mostrong brothers have pleaded not guilty to charges of kidnapping, murdering and torturing George Lowery.

Suder is scheduled to be arraigned next week.