A La Jolla doctor is offering a $1,000 reward for a missing ballpoint pen that he says has both sentimental and historical value.

Neuroscientist Philip Low, CEO of NeuroVigil, says the high-end pen he’s searching for is a black and silver Chopard rollerback that is valued at $610.

"It is not just a fancy pen," says Dr. Low, "It was the only pen that was used by some of the world's foremost neuroscientists." 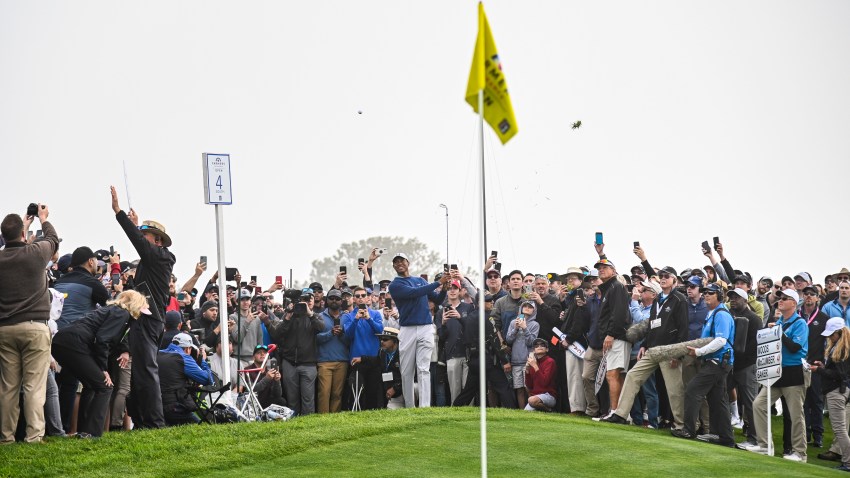 Farmers Insurance Open to be Played in 2021 Without Fans

Low says he and a select group of neuroscientists used the special Chopard pen to sign an important scientific document last July that was written by Low himself called the “Cambridge Declaration of Consciousness.”

The document recognizes that animals have the same ability as humans to feel pain, pleasure and love, a fact Low says has been long-ignored by many.

Low says the Declaration was signed in the presence of Stephen Hawking and all signatories used the same 6-inch Chopard rollerball pen that has now gone missing.

Though Low can’t exactly pinpoint when his ballpoint went missing, the doctor isn’t ruling out the possibility that the pen could’ve been misplaced or stolen.

If the pricey writing tool is found, Low plans to send the pen and original Cambridge Declaration to the Smithsonian or a local museum so the two items can be permanently displayed together.

Low believes a museum will do a better job than he’s done of protecting the scientifically historic items.

Because the pen was used in the signing of the scientific document, Low argues the pen was instrumental to the Cambridge Declaration itself.

He says the historic value of the pen far exceeds its monetary value.

The Collections Manager at the San Diego Museum of Man, Karen Lacy, understands why Low is so intent on finding his special pen.

Lacy says that objects carry certain significance -- even if it’s just a pen.

"Every object that we have in the museum has its own story, and each one of those stories can mean something different for someone else," says Lacy.