CHP Investigating Road Rage Shooting on I-8 in Mission Valley, All Lanes Open

A dark-colored Volkswagen Beetle with multiple passengers pulled up next to a Jeep Wrangler on Interstate 8 in Mission Valley and opened fire, CHP said

All lanes of westbound Interstate 8 in Mission Valley have reopened following a road rage shooting that left one man hospitalized.

The shooting was reported just after 3 p.m. near Mission Center Drive, according to the California Highway Patrol. Investigators closed down the freeway west of I-805 at around 7 p.m. so they could sweep westbound lanes for evidence. Northbound and southbound I-805 connectors to I-8 were also closed, as was the I-8 off-ramp at Mission Center Drive.

Traffic was back to normal by 9:23 p.m., according to Caltrans.

Investigators say a dark-colored Volkswagen Beetle with a California plate pulled up next to a black Jeep Wrangler and opened fire. The Jeep driver was hit at least once, then drove to a nearby Target store and waited for police and medics inside, according to CHP Officer Salvador Castro

San Diego Fire-Rescue medics took the victim to Mercy Hospital with non-life-threatening injuries, according to Castro. 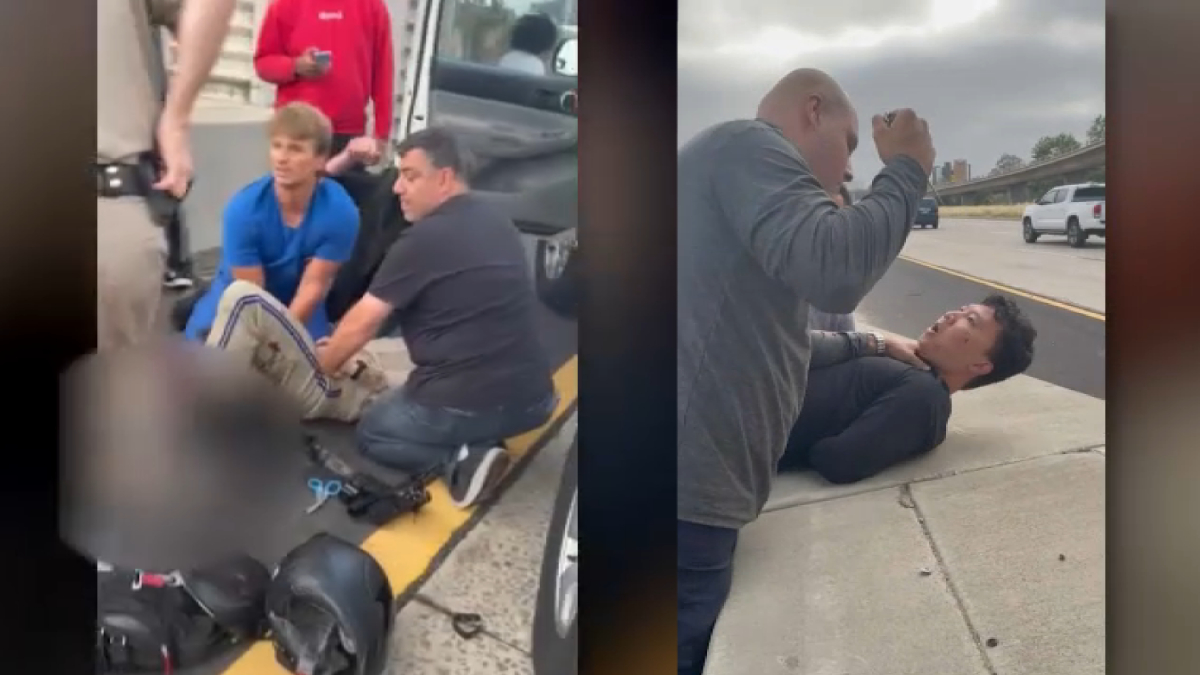 Castro said the CHP is investigating the shooting as a possible road-rage incident. The suspect is outstanding and investigators don't have a description. There were multiple passengers in the Volkswagen, according to Castro.

NBC 7 cameras saw the victim's Jeep in the Target parking lot with broken windows and other damage. There was also a bloody rag or piece of clothing on the ground near the driver's door.

Check back for updates on the developing story.

One person was shot Friday afternoon in a car-to-car shooting on Interstate 8 near Mission Valley, according to police.