A new viral video spreading on social media has many public health experts alarmed. They worry that the video, which already has more than 8 million views, is manipulative and encourages behavior that could harm not just viewers, but others around them.

The 30-minute video is called “Plandemic.” It may sound harmless enough, but public health and freedom of speech experts say it’s incredibly dangerous because if people believe what’s in this video, and act on it, they say hospitals will be overwhelmed with sick coronavirus patients.

The video revolves around a sit-down interview between the filmmaker and a former researcher, Judy Mikovits. The Washington Post reports that Mikovits’ claim to fame was a 2009 scientific study that was later retracted by the medical journal that published it over concerns with the integrity of her study. Mikovits has also been arrested for theft and sued by a former employer.

In the video, Mikovits makes a slew of what NBC 7 Investigates found to be false claims to bolster her allegation that the scientific establishment created the COVID-19 pandemic to purportedly profit off of and control the masses through fear.

Here are some of the claims made in the video:

The COVID-19 virus was created by labs to spawn a pandemic.

FACT CHECK: FALSE
The causative virus, a variation of SARS, was not constructed in a lab or purposefully manipulated. This article from Nature Medicine has a good scientific analysis of the origin of the virus.

Getting a flu shot gives you the coronavirus and a higher chance of contracting COVID-19.

FACT CHECK: FALSE
The video cites a U.S. military study to make this claim, but the study they’re using doesn’t say what they’re claiming, and the military still recommends getting a flu shot. This article from FactCheck.org provides a full vetting of the claim.

Wearing a mask reactivates the coronavirus inside of you and makes you sick.

FACT CHECK: FALSE
There is no evidence to support this claim. But there is a lot of evidence to support that wearing a mask can reduce the spread of respiratory viruses, like this Cochrane Library Review that looked at several studies of how wearing masks reduced transmitting the SARS virus. There’s also this Beijing study that linked wearing a mask to a 70% drop in the risk of catching SARS.

Hospitals are inflating the number of COVID-19 deaths to scare people and because they get $13,000 per COVID-19 death from Medicare.

FACT CHECK: FALSE
NBC 7 Investigates asked a spokesperson for UC San Diego Health if the hospital system gets $13,000 from Medicare for every death they attribute to COVID-19. She said that Medicare gives them funding to care for COVID-19 patients, but that funding isn’t based on the number of deaths. FactCheck.org also found no evidence nationwide of fraudulent reporting by hospitals.

With a majority of the country under stay-at-home orders, and a general public that’s desperate for more information on COVID-19, free speech advocates say the video, and other examples of misinformation are taking advantage of the situation.

“A lot of what (Mikovits) is saying, people want to hear,” says Nora Benavidez, the director of U.S. Free Expression Programs for PEN America. “And they love it. Eight million views mean that it’s playing into something in our human nature.”

That something, says Benavidez, is our emotions during this pandemic - fear, uncertainty, and a craving for information.

Benavidez works for PEN America, a nonprofit that works to protect free expression, “monitor threats to speech and engagement in the democratic process, and shine a light when the truth is being eclipsed and words are being used to manipulate.”

“It’s dangerous because it can absolutely alter the way in which we see the world,” says Benavidez.

That’s partly why she says social media and video platforms have been fast to act.

“The platforms in the middle of the pandemic have been very quick to understand that certain content can have incredibly quick and terrifying results for our public health and for our individual safety,” says Benavidez.

NBC 7 Investigates reached out to both the filmmaker and former researcher Jude Mikovits, but neither responded to our requests for an interview. 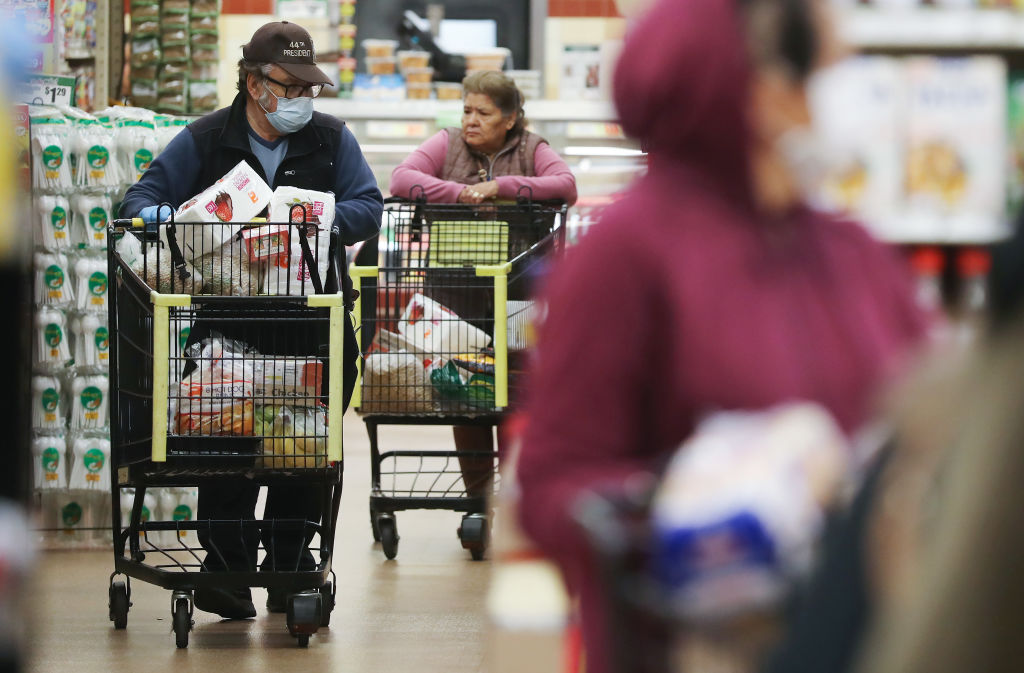