NBC 7 Investigates found a member of the family behind the project has been convicted of violating environmental protection laws, and that family members have contributed thousands of dollars to county elections.

A company with ties to a portable toilet company that unlawfully discharged thousands of gallons of waste into municipal sewer systems across Southern California is again at the center of controversy as it prepares to build a massive recycling project near communities in Escondido.

Community members living near the proposed site of the North County Environmental Resources (NCER) say the county of San Diego has allowed the developer to skirt environmental reviews, potentially placing their health and safety at risk.

The Hilltop Group Incorporated is proposing to build the North County Environmental Resources, a 139-acre recycling facility on Mesa Rock Road. If approved, the facility would process and recycle up to 174 tons per day of wood from construction debris and trees into mulch, as well as recycling concrete, asphalt, and other construction material.

The company has looked to develop the site near Twin Oaks in Escondido since the mid-2000s. In 2008, the company proposed building a large-scale nursery at the location.

According to a report from the San Diego County Zoning Administrator, shortly after submitting the proposal, Hilltop Group began conducting unpermitted grading on the site. Then in 2012, nearly a year after the county agreed to change the land use designation from residential to industrial, representatives from Hilltop Group returned with a new proposal to build the recycling center. In 2014, the county's Planning and Development Services Department said the recycling facility would require a full environmental impact report.

Then, five years later in 2019, staff with the County PDS Department changed course and announced the project qualified for a less extensive environmental review since it was consistent with the county’s General Use Plan approved by supervisors, despite objections from community members and the neighboring city of Escondido.

According to figures obtained by NBC 7 Investigates, only 3 percent, or 13 out of approximately 3,900 projects submitted to the County’s PDS department, has been approved for this kind of exemption in the last five years.

Residents of nearby communities objected and since have attempted to defeat the project. They fear it will have an adverse effect on air quality and could present fire hazards in an already fire-prone area.

But that is not all. Residents also worry the owners of Hilltop’s parent company, the De Jong family, may not prioritize protecting the environment, resulting in even more risks.

The De Jong family made headlines in 2017 after Arie “Eric” De Jong III, the son of the recycling center facility’s founder, was named in a May 24, 2017, criminal indictment over his business’ involvement with another company in an illegal dumping scheme.

De Jong III and another executive of the family-owned Diamond Environmental Services were charged with numerous violations of the Clean Water Act. A grand jury found sufficient evidence that during a span of four years, workers for Diamond Environmental, which ran a large portable toilet company, illegally dumped hundreds of truckloads of hazardous waste into municipal sewer systems across southern California.

The two pleaded guilty to a felony conspiracy charge and were sentenced to five months in prison, three years of probation, and were required to pay more than $2 million in restitution payments to cities where the dumping had occurred.

An attorney representing Eric De Jong III in his criminal case would not comment on the conviction but told NBC 7 his client has "no involvement" with Hilltop Group's recycling facility project.

Neighbors living near the proposed recycling plant fear the history of environmental violations will follow De Jong’s move into their community, and their close ties to elected officials could influence potential votes on the project.

An additional $15,250 was contributed to the campaigns of two directors for the Vallecitos Water District.

NBC 7 has made repeated attempts to contact Hilltop Group Inc., and the De Jong family with questions surrounding political contributions, and the Diamond Environmental Services indictment. None of our calls were returned, however, a person who answered the phone at Hilltop Group Inc. acknowledged that the messages had been received.

The project has not yet made its way to the county supervisors for approval, and may not unless residents appeal the planning department's decision. If it does wind up on the board's agenda, residents in the Twin Oaks and Hidden Meadows communities fear elected leaders could side with the De Jong’s and lean away from prioritizing protections for the environment.

When asked about fears that the campaign contributions may have an effect on any votes related to the project, a spokesperson for District 5 Supervisor Jim Desmond, who serves the district where the recycling facility is located, told NBC 7, “If this project comes before the Board of Supervisors, Desmond will weigh all input before making an informed decision.”

Supervisor Cox told us, “This project has not come before the Board of Supervisors so I haven’t even seen the details of this proposal yet. As with all land-use decisions, I will be guided by the specifics of the proposal, the report from staff, and input from the public and my colleagues on the Board.”

“I carefully evaluate any project that comes before the board, and have a staunch track record of listening to residents and the local planning group in an effort to preserve community character,” said Supervisor Jacob. “In my 28 years as a county supervisor, I have never allowed a campaign contribution to factor into a vote – and I’m not about to now.”

Supervisor Gaspar and former Supervisor Horn did not respond to our questions.

On Thursday, June 25, neighbors voiced their concerns during a procedural hearing by the San Diego County’s Zoning Administrator.

“I wish I could stand and speak to you face to face. Since I can’t, consider the words and concern of this 81-year-old lady,” said Sylvia Wacknitz, fighting back tears. “Please consider the people who live in this area.”

Wacknitz and other community members considered the meeting “their last chance” to raise objections to a project that they say could potentially endanger their health.

Denice Riddle moved to her “forever home” in the Twin Oaks community back in June 2018 with her husband, mother-in-law, and pet chihuahua.

Riddle said she thought the mountains and open-air would be good for her family, and her lungs.

“Me and my mother-in-law are severely asthmatic,” Riddle told NBC 7. “I can’t breathe, it’s a struggle for me to even talk...it’s like an elephant sitting on my chest.”

That’s why when she learned of Hilltop Group’s recycling facility, and the facility’s plan to grind down materials, potentially leading to airborne particles less than a mile away from her new home, she was concerned.

“We love our home but I don’t know if I would have bought it knowing all that," Riddle said.

“I implore the zoning administrator not to accept the report,” resident Tim Kennedy told the Zoning Administrator.

At the hearing, an attorney representing Hilltop Group Inc. said even though it was granted an exemption from a thorough environmental review, it has performed a wide variety of studies to evaluate the community’s concerns.

“After eight years, it's time to let the project move forward,” said attorney David Hubbard “The county has been studying this for a decade.”

After the hearing, Hubbard told NBC 7 he could not comment on the Diamond Environmental Services indictment or campaign contributions, but that the De Jong family has thoroughly reviewed any potential threat of the recycling facility to the environment.

The attorney for Hilltop Group Inc. says the community’s concerns have been addressed.

“I understand people don’t love the idea of any industrial facility of any kind in their neighborhood, but they need to recognize that we have looked at every issue, tested every impact, and they don’t rise to the level of significance,” Hubbard said.

“I hope after this project is approved, the community will see my clients will be good neighbors and prove that the community’s fears, though founded in their hearts, are not going to be realized.” 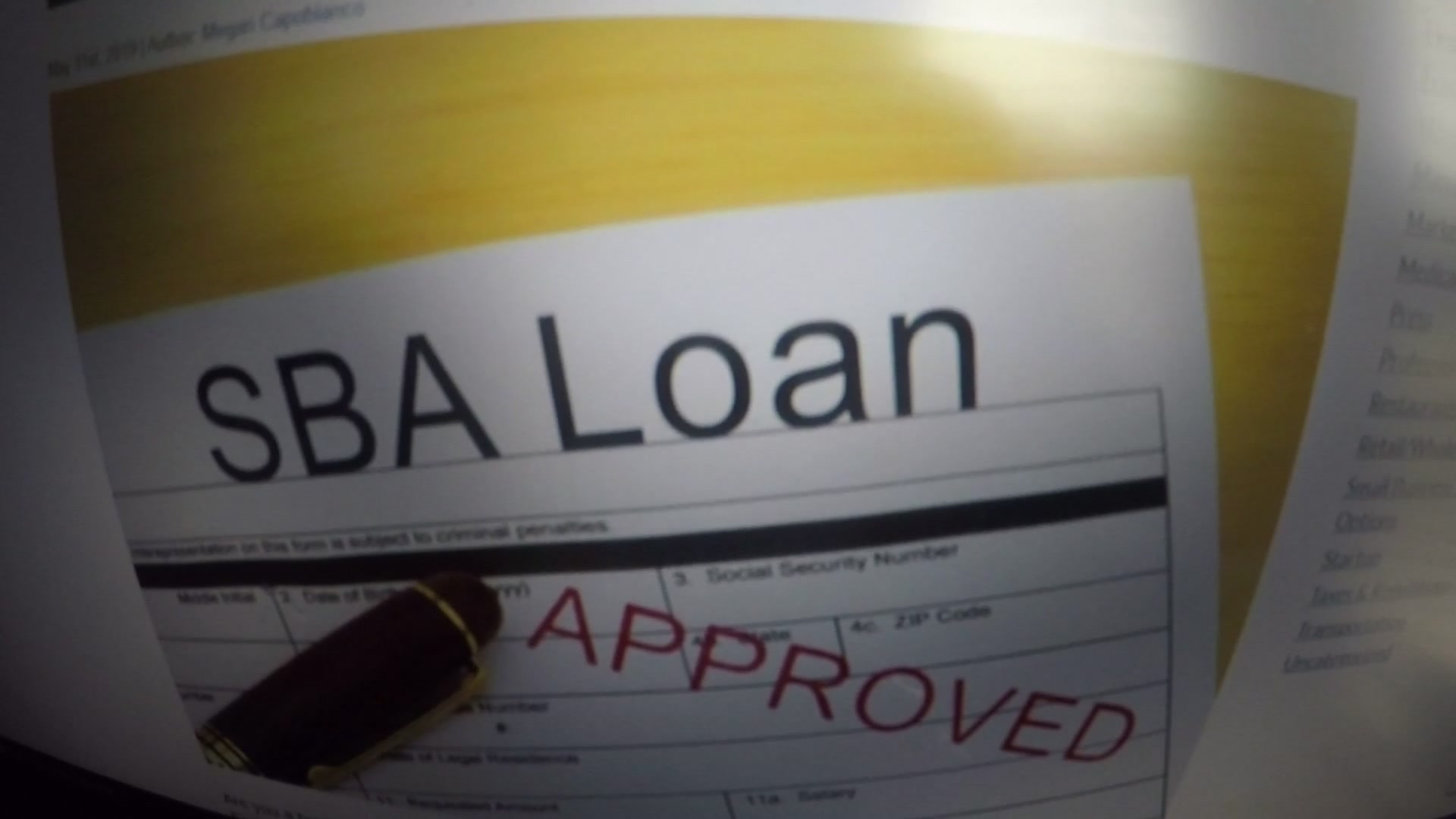 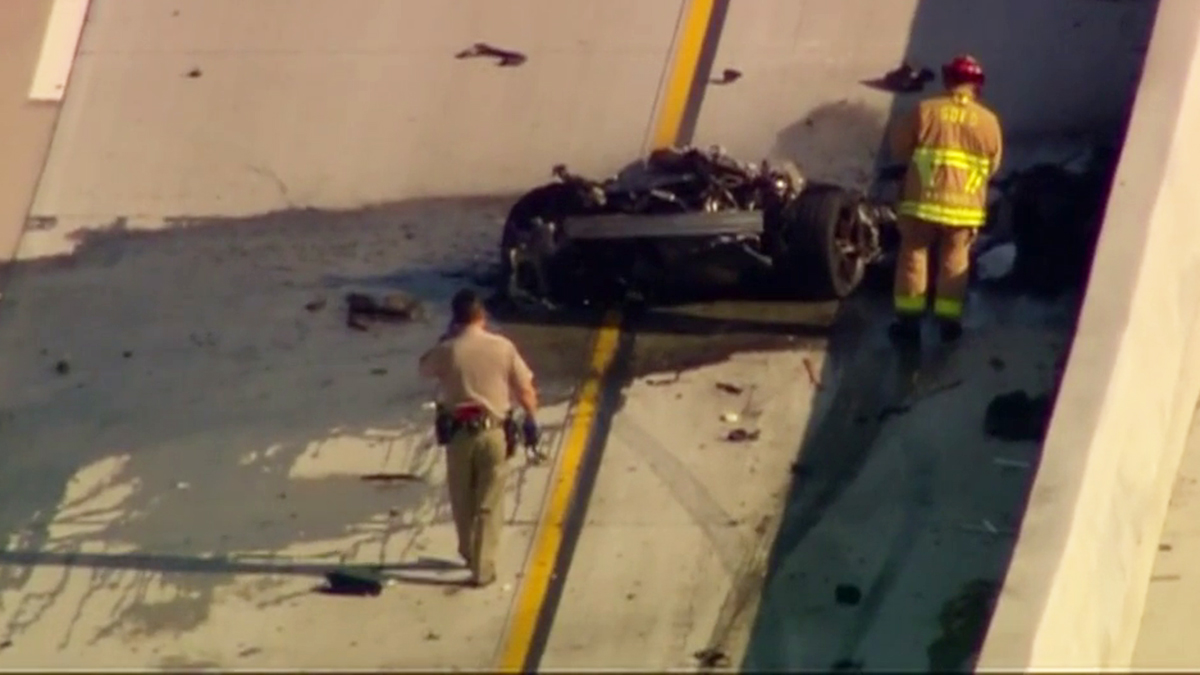