More than 80% of the country's cases are in Hubei and 95% of the deaths, according to data from China's National Health Commission

New virus cases in China have again declined, up just 394, after authorities Thursday again changed how they count new daily infections. They are now discounting cases that had come back negative after laboratory tests.

Another 114 people were reported to have died from the new illness, COVID-19, as health inspectors went door-to-door to find every infected person in the worst-hit city of Wuhan.

Japan's health ministry said two former passengers of a virus-stricken cruise ship have died, raising the number of deaths in Japan to three. The Diamond Princess has the most cases outside China with 621 passengers and crew testing positive.

Mainland China has now reported 2,118 deaths and 74,576 total cases. While the overall spread of the virus has been slowing, the situation remains severe in Hubei province and its capital, Wuhan, where the new coronavirus was first detected in December. More than 80% of the country's cases are in Hubei and 95% of the deaths, according to data from China's National Health Commission. 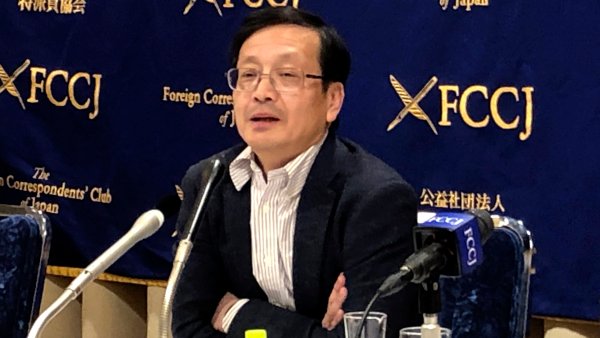 Virologist Says Tokyo Olympics Could Not Be Held Now; Hopeful for July 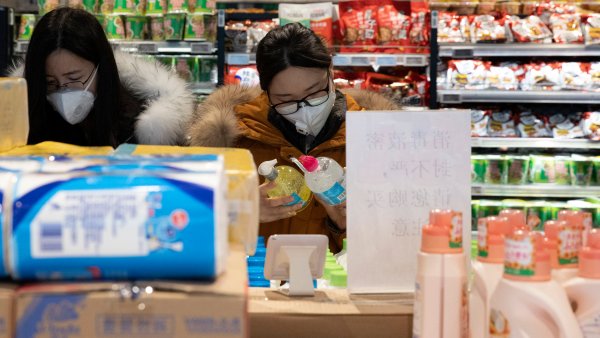 The new daily figure is a notable drop from the 1,749 cases recorded the previous day. The NHC said 279 cases were deducted from the daily report after nucleic acid tests showed negative results.

The reduction in new cases in China was partly a result of health workers ceasing to diagnose patients on the spot, and refinements in the way symptoms were classified, according to Wang Guiqiang, an infectious disease specialist at the First Hospital connected with Beijing's elite Peking University.

Cities in Hubei with a combined population of more than 60 million have been under lockdown since the Lunar New Year holiday last month, usually China's busiest travel period. Authorities halted nearly all transportation and movement except for quarantine efforts, medical care, and delivery of food and basic necessities. "Wartime" measures were implemented in some places, with residents prevented from leaving their apartments.

The stringent measures have followed public fury over Hubei authorities' handling of the outbreak when it began in December. The risk of human-to-human transmission was downplayed, and doctors who tried to warn the public were reprimanded by police. Wuhan residents reported overcrowding in hospitals and futile attempts to seek treatment.

Many countries have also set up border screenings and airlines have canceled flights to and from China to prevent further spread of the disease, which has been detected in about two dozen countries and has infected more than 1,000 people outside mainland China. Nine deaths have been confirmed outside the mainland — three in Japan, two in Hong Kong and one each in France, the Philippines, South Korea and Taiwan.

In South Korea, the mayor of the city of Daegu urged its 2.5 million people on Thursday not to go outside as cases of the virus spiked. Daegu has confirmed the illness in 13 people, 11 of whom either went to a church attended by a female patient or came into contact with her at a hospital, according to the disease control center. South Korea's Yonhap news agency also reported the country's first death from the virus.

Chinese scientists reported some troubling findings about how the virus spreads. Swabs were taken on 14 people who returned to Guangdong province in January after visiting Wuhan and developing the disease. High amounts of the virus were detected soon after symptoms started, more in the nose than in the throat, and the virus was also found in one of their close contacts who never showed any symptoms.

That adds to concern about potential spread of the virus by people who may not know they're infected. The report from the Guangdong Provincial Center for Disease Control and Prevention was published by the New England Journal of Medicine.

Associated Press journalists Marilynn Marchione in Milwaukee and Katie Tam in Hong Kong and researcher Yu Bing in Beijing contributed to this report.