Pharmaceutical giant AstraZeneca will resume its coronavirus vaccine trial in the U.K., the company said on Saturday, after pausing the trials last week when a participant became ill.

An independent review process and a British medical regulator has now recommended "that trials in the U.K. are safe to resume" and given the green light for them to recommence, it said.

AstraZeneca has partnered with the University of Oxford to sponsor the vaccine trial that until the recent pause had shown promising results. 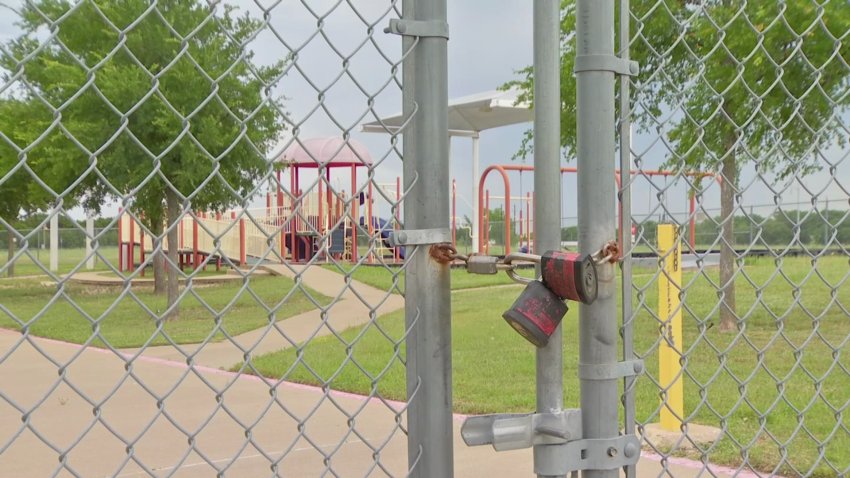 "We are committed to the safety of our participants and the highest standards of conduct in our studies, and will continue to monitor safety closely," the University of Oxford said in a separate statement on Saturday.

On Friday, Dr. Anthony Fauci, director of the National Institute of Allergy and Infectious Diseases, warned that daily life in the U.S. may not get back to normal until late 2021, when potentially a vaccine could be widely distributed.

The warning comes as the U.S. approaches 200,000 coronavirus deaths. COVID-19 has so far killed more than 920,000 globally, according to Johns Hopkins University data on Sunday.

Here are the latest coronavirus updates from the U.S. and elsewhere:

Dakotas Lead US in Virus Growth as Both Reject Mask Rules

Coronavirus infections in the Dakotas are growing faster than anywhere else in the nation, fueling impassioned debates over masks and personal freedom after months in which the two states avoided the worst of the pandemic.

The argument over masks raged this week in Brookings, South Dakota, as the city council considered requiring face coverings in businesses. The city was forced to move its meeting to a local arena to accommodate intense interest, with many citizens speaking against it, before the mask requirement ultimately passed.

Amid the brute force of the pandemic, health experts warn that the infections must be contained before care systems are overwhelmed. North Dakota and South Dakota lead the country in new cases per capita over the last two weeks, ranking first and second respectively, according to Johns Hopkins University researchers.

South Dakota has also posted some of the country's highest positivity rates for COVID-19 tests in the last week — over 17 percent — an indication that there are more infections than tests are catching.

Infections have been spurred by schools and universities reopening and mass gatherings like the Sturgis Motorcycle Rally, which drew hundreds of thousands of people from across the country.

Dr. Stefano Nava’s symptoms were mostly mild at first — some intestinal issues and what felt like the flu. But by late March, he had treated enough coronavirus patients to know that things can take a turn. And fast.

“Patients would come in with moderate symptoms, but they became very severe in just a matter of days,” he said, recalling the harrowing months this spring when Italy was the epicenter of the coronavirus pandemic in Europe. His hospital, in the country’s northern Emilia-Romagna region, was overrun with patients with COVID-19.

Nava, chief of respiratory and critical care at Sant’Orsola-Malpighi Hospital in Bologna, tested positive for the coronavirus on March 24. He remembers the psychological horror of that time, made all the more vivid because he had seen firsthand how the disease could ravage people’s lungs, stealing away some patients’ ability to breathe without the help of a mechanical ventilator.

Over 31 subsequent days, as his body battled the infection, Nava reckoned with the unthinkable: “Every night, as I was going to bed, I would phone my attending physician and ask, ‘Is that bed and that ventilator still there if I need it? Is there still a spot for me in my unit?’”

Today, Nava said he is grateful that his situation did not escalate to the point where he needed intensive care. Though he’s still coping with some lingering effects of the disease, he said his bout with the virus has transformed the way he practices medicine.

“It changed my state of mind,” Nava said. “As doctors, we know that some people survive and some people die, but this disease gave me a real idea of human limit.”

Domestic air travel in Wuhan, the epicenter of the global coronavirus outbreak, has returned to pre-pandemic levels, authorities say.

The virus was first detected in Wuhan late last year and the city underwent a draconian 76-day lockdown as its hospitals struggled to deal with a tidal wave of cases that required the rapid construction of field hospitals to handle the overflow.

Since re-opening in early April, life has gradually returned to normal and numbers of domestic flights serving the city, as well as the number of passengers, had both fully recovered, according to the operator of Wuhan Tianhe International airport. It said 64,700 passengers were transported aboard 500 domestic flights on Friday.

China has gone almost a month without registering a new case of local transmission and on Sunday, the National Health Commission reported just 10 new cases, all of them imported. Hospitals are treating 151 people for COVID-19 and another 357 people are in isolation after testing positive for the disease without showing any symptoms, the commission said. China has reported a total of 85,184 cases of COVID-19 with 4,634 deaths.

The Vatican says its “necessary and urgent” to return to in-person Masses as soon as anti-coronavirus measures permit.

The head of the Vatican’s liturgy office, Cardinal Robert Sarah, says in a letter to bishops’ conferences Saturday that virtual liturgies, while useful, were no replacement for the real thing. He says physical presence by the faithful in churches was “vital, indispensable, irreplaceable.”

While some Catholic priests claimed coronavirus lockdowns that shuttered churches infringed on their religious liberty, Pope Francis adhered to Italy’s strict lockdown. He halted all public Masses at the Vatican and livestreamed his morning liturgies, and at one point even admonished priests who balked at the measures for their “adolescent resistance.”

Francis had urged the Catholic faithful to obey government coronavirus measures, saying they were responsible for public health. This week, he was seen wearing a face mask for the first time and has been using hand sanitizer.

In recent weeks, Francis has resumed public gatherings and celebrated a handful of public Masses before limited, socially distanced groups.