The U.S. reached more than 151,000 deaths and over 4.4 million cases in the coronavirus pandemic on Tuesday, according to a tally by NBC News.

The grim milestone came as President Donald Trump returned to promoting unproven claims that hydroxychloroquine, an anti-malaria drug, is an effective treatment for the coronavirus by sharing a video that has since been pulled down by social media platforms for spreading misinformation.

Leading infectious disease expert Dr. Anthony Fauci warned Tuesday there are early signs that a coronavirus outbreak could be brewing in Indiana, Ohio, Tennessee and Kentucky. The so-called positivity rate, or the percentage of tests run that are positive, appears to be rising in those states — an early indication that the outbreak is worsening, Fauci said.

Fauci also said the Miami Marlins’ coronavirus outbreak could endanger the Major League Baseball season, but he doesn’t believe games need to stop now. The Marlins, which now have had their season paused, are stranded in Philadelphia, where they recently finished a series with the Phillies. 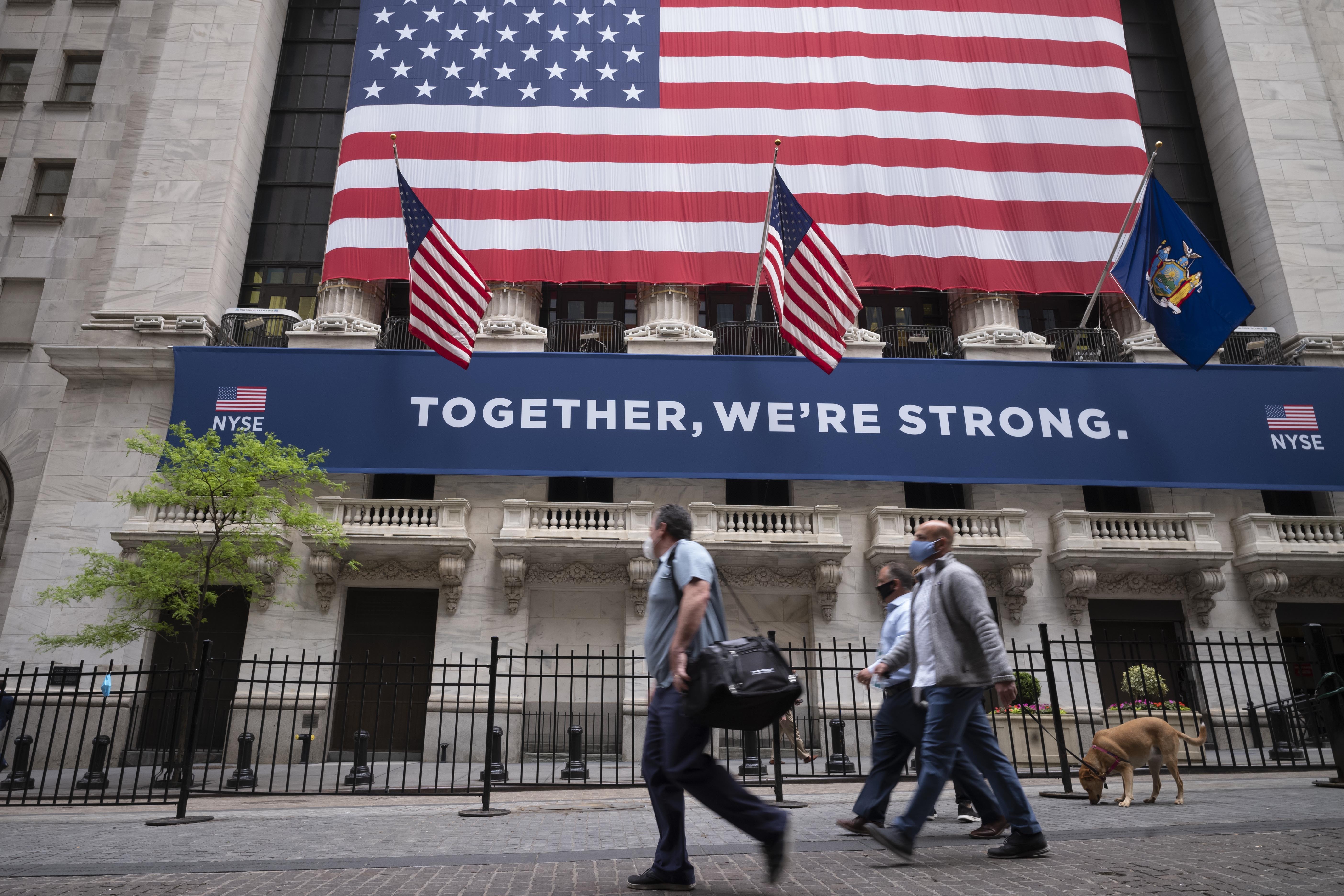 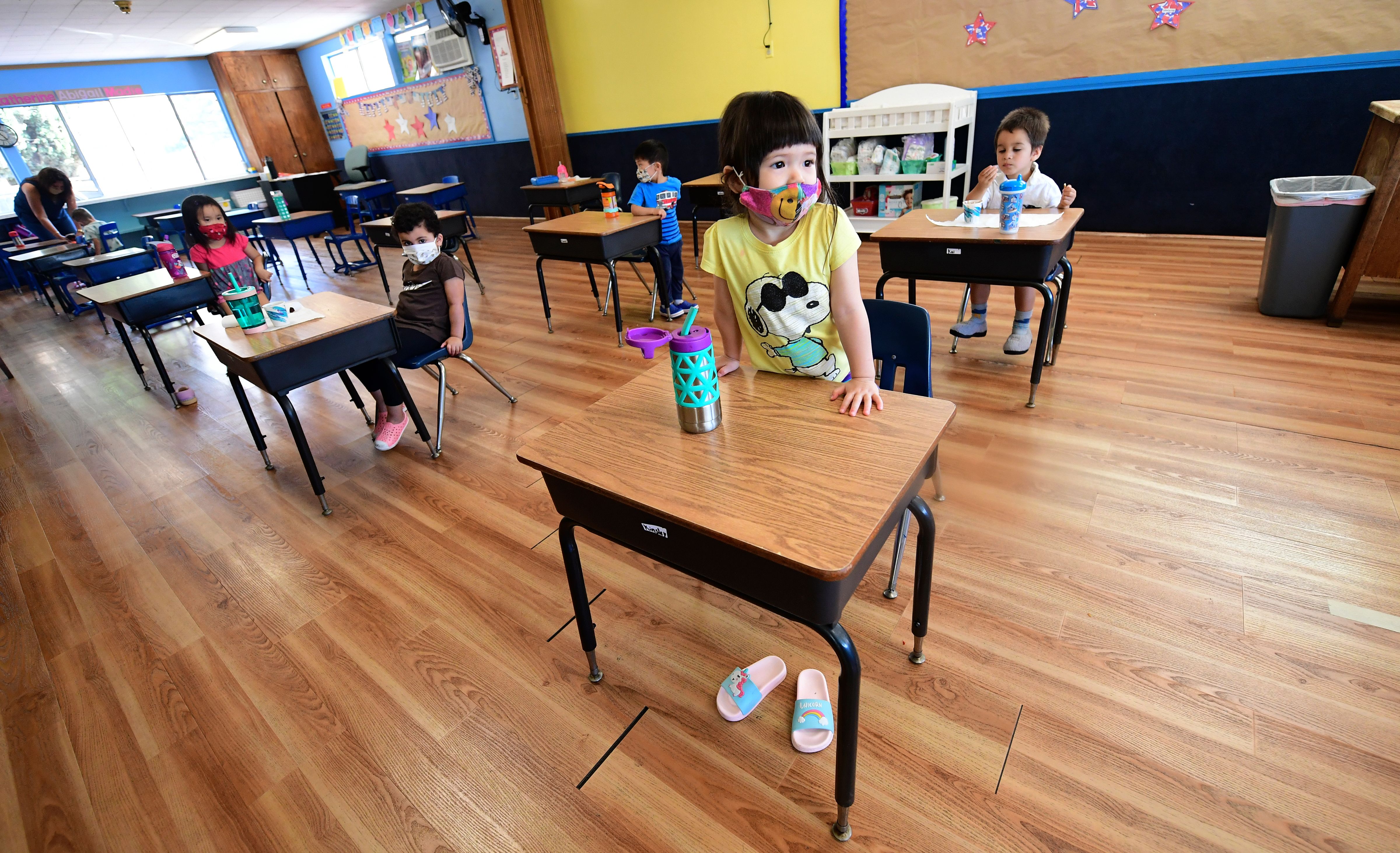 Airline Contractors Laid Off More Than 9,000 Despite $728 Million in Federal Aid: Lawmakers

The lawmakers asked Treasury Secretary Steven Mnuchin to stop aid to the companies or ask for some of the funds back, CNBC reports.

Congress set aside $32 billion in payroll support to the ailing airline industry in the $2.2 trillion CARES Act in March. Of that sum, $3 billion was set aside for contractors like caterers. The terms of the aid, which was mostly grants, prohibited recipients from laying workers off through Sept. 30.

“We urge Treasury to stop providing taxpayer-funded payroll support for workers that have been laid off and to recover any funds that were inappropriately awarded,” wrote Rep. James Clyburn, D-S.C., chairman of a subcommittee on the coronavirus crisis, Rep. Peter DeFazio, chair of the House of Representative’s transportation and infrastructure committee and Rep. Maxine Waters, chairwoman of the financial services committee, in a letter to Mnuchin.

The Treasury Department didn’t immediately respond to a request for comment.

The lawmakers said they have started an investigation into the aid to contractors and said they found at least 12 that accepted more than $720 million in government support after laying off about 9,300 people.

The head of a congressional coronavirus oversight panel on Wednesday demanded Tennessee's Gov. Bill Lee and three other Republican governors provide documents showing how their states are combating the pandemic.

“I am writing to request information about the private guidance the Administration has provided to Tennessee and whether you plan to implement those recommendations and take other critical actions to slow the spread of the coronavirus across the state,” wrote South Carolina Rep. James Clyburn, a Democrat and chairman of the House Oversight and Reform subcommittee.

Similar letters were sent to governors Brian Kemp of Georgia, Ron DeSantis of Florida and Kevin Stitt of Oklahoma, according to the subcommittee's spokeswoman.

Clyburn's request comes days after White House coronavirus task force leader Dr. Deborah Birx traveled to Nashville to implore leaders to close bars and residents to wear masks. However, Lee has rebuffed calls to roll back the state's reopening efforts and refused to issue a statewide mask mandate even as virus case numbers and hospitalizations continue to rise statewide.

According to the letter, Tennessee is failing to follow at least five different recommendations provided by the White House Coronavirus Task Force — ranging from failing to adopt a statewide mask mandate, allowing indoor dining without strict restrictions and permitting gyms to remain open without limitations in counties with high virus numbers.

With NBA scheduled to resume the season on Thursday, the league announced Wednesday that its latest round of testing produced zero positive COVID-19 cases.

The results are based on testing of 344 players within the Disney World bubble since results were last announced on July 20.

The players who tested positive in the initial round of bubble testing were in quarantine and left the bubble to self-isolate, according to the NBA.

A re-opening night doubleheader will feature New Orleans Pelicans playing against the Utah Jazz before a matchup of the top two teams in the Western Conference — the Los Angeles Lakers and Los Angeles Clippers.

The nation’s top infectious disease expert said Wednesday that scientific data from "valid" clinical trials consistently show that a malaria drug touted by President Donald Trump as a treatment for the coronavirus is "not effective."

Dr. Anthony Fauci, the director of the National Institute of Allergy and Infectious Diseases, told MSNBC's Andrea Mitchell that cumulative evidence from "randomized and controlled" studies have found no evidence that hydroxychloroquine helps treat coronavirus infection or prevent serious disease from it. They include studies commissioned by the NIH, the World Health Organization and universities in the U.S. and around the world.

"When there's a video out there from a bunch of people spouting something that isn't true, the only recourse you have is to be very, very clear in presenting the scientific data that essentially contradicts that," Fauci said of a controversial video promoted by Trump of a group of doctors pushing the use of the drug.

Thus far, scientific studies have shown hydroxychloroquine can do more harm than good when used to treat symptoms of COVID-19. Because of the lack of benefit and the risks of serious side effects such as heart rhythm problems, the FDA recently revoked its brief authorization of emergency use of the drug for COVID-19. NIH treatment guidelines also specifically recommend against hydroxychloroquine’s use, except in formal studies.

If new evidence emerges from a legitimate study that shows hydroxychloroquin, "or any other drug," is safe and effective, Fauci said health experts would accept the updated scientific data and revise their thinking.

Fauci urged governors in states seeing a small rise in the number of cases to get ahead of the curve by taking action to help avoid catastrophic outbreaks like those in the Sun Belt. He also stressed the importance of heeding common sense recommendations to curb the outbreak.

"The bottom line, without any distraction, is that it is very important for people to universally wear masks. And there's no ambiguity about that statement," Fauci said. "They just have got to do it."

Mike Pence Visits Raleigh in Push for Schools to Reopen

Vice President Mike Pence has landed in Raleigh, North Carolina to visit a private school to highlight how they've worked to resume in-person classes safely in the middle of the COVID-19 pandemic.

Air Force 2 landed around noon on Wednesday at Raleigh-Durham International Airport. Pence is scheduled to join a roundtable discussion highlighting how a private school has worked to safely resume classes.

Thales Academy allowed 300 students to return to campus on July 20. After visiting the school, Pence will tour NCBiotech, which is conducting Phase 3 clinical trails for a coronavirus vaccine.

House Speaker Nancy Pelosi will require that masks be worn on the House floor after a Republican member of Congress tested positive for the coronavirus. The member, Texas Rep. Louie Gohmert, often shunned wearing masks and was known to vote without one.

Pelosi announced on the House floor Wednesday evening that all members will be required to wear a mask and one will be provided if they forget. She said failure to wear a mask is a “serious breach of decorum” and members could be removed from the chamber if they aren’t wearing one. They will be able to temporarily remove them while speaking, however.

“It’s a sign of respect for the health, safety and well-being of others present in the chamber and in surrounding areas,” Pelosi said.

Gohmert tested positive just before he was scheduled to travel to his home state with President Donald Trump. He was forced to abruptly cancel his plans, and immediately faced criticism from colleagues for not always wearing a mask on Capitol Hill, where face coverings are not mandatory and testing is sparse. “A selfish act,” one lawmaker said.

The 66-year-old Gohmert, one of the House’s most conservative and outspoken members, told a Texas news station that he tested positive at the White House and planned to self-quarantine. He is at least the 10th member of Congress known to have tested positive for the coronavirus.

The congressman's positive test raised further questions about the lack of mask and testing requirements in the Capitol as members frequently fly back and forth from their hometowns and gather for votes, hearings and news conferences.

Heart Damage Lingers in COVID-19 Patients, Even After Recovery

There is new evidence that COVID-19 can have lasting effects on heart health, which may go undetected in patients who assume they have recovered from the infection, NBC News reported.

Two studies from Germany, published Tuesday in the journal JAMA Cardiology, show how the virus can linger in the heart for months, even without producing symptoms.

The first study included 100 coronavirus patients from the University Hospital Frankfurt COVID-19 Registry. Most were otherwise healthy adults in their 40s and 50s.

All had MRIs of their heart two to three months after they were diagnosed with the virus, when many seemed to have fully recovered. Those images were compared to people who'd never had COVID-19. Out of those 100 COVID-19 patients, 78 still had visual signs that the virus had an impact on the heart. Sixty of those patients had signs of ongoing inflammation of the heart muscle.

The number of coronavirus-related deaths in Florida increased by a new record of nearly 200 on Tuesday as the state added more than 9,200 new COVID-19 cases.

The 186 reported deaths from COVID-19 surpasses the previous single-day record of 173, set on July 23. The virus-related death toll for Florida residents rose to 6,117, NBC Miami reported.

In recent days an ominous sight outside a funeral home has been sending a shiver through a Miami-area town — a refrigerated trailer for storing bodies, NBC News reported.

Rumors that the corpses of coronavirus victims were being stored there — and unfounded fears that the bodies could spread the disease — have sparked several protests in recent days outside the San Jose Funeral Home in Hialeah.