The number of Americans newly diagnosed with the coronavirus is falling — a development experts credit at least partly to increased wearing of masks — even as the outbreak continues to claim nearly 1,000 lives in the U.S. each day.

About 43,000 new cases are being reported daily across the country, down 21% from early August, according to data compiled by Johns Hopkins University. While the U.S. still has the highest numbers of new cases in the world, the downward trend is encouraging.

The decline in newly reported cases in the U.S. comes even as deaths from the virus remain alarmingly high. Over the past two weeks, officials have reported an average of 965 deaths a day from COVID-19, down from 1,051 a day in early August.

The virus is blamed for more than 5.7 million confirmed infections and about 179,000 deaths in the U.S., according to a tally from NBC News.

The University of Alabama on Monday reported that more than 560 people on campuses have tested positive for coronavirus since classes began less than a week earlier, NBC News reported.

Of the 566 new cases at the University of Alabama's campuses and facilities, 531 of them were reported in students, faculty and staff at the university's main campus in Tuscaloosa, according to the school's tracker, released Monday. The positive tests represent about 1 percent of the total number of people tested.

Those numbers don't include the 310 students who tested positive before Wednesday, Aug. 19, upon returning to school at the Tuscaloosa campus.

In response, Tuscaloosa Mayor Walt Maddox announced Monday that the city is closing bars along with the end of bar service at restaurants for the next two weeks, The Associated Press reported.

Maddox said university officials requested the action. Maddox said an unchecked spread of the virus threatens both the health care system and the local economy if students are sent home for the semester to do remote learning.

“The truth is that fall in Tuscaloosa is in serious jeopardy,” Maddox said.

Tracking the Outbreak: Where Are Coronavirus Cases Increasing and Decreasing?

As the U.S continues to emerge from coronavirus lockdowns and governors ease restrictions on social gatherings and business activities, several states are seeing an upward trend in the number of COVID-19 cases. See all states here

Scientists and medical experts have been pushing back against the claims about the treatment since President Donald Trump’s announcement on Sunday that the FDA had decided to issue emergency authorization for convalescent plasma, taken from patients who have recovered from the coronavirus and rich in antibodies.

Trump hailed the decision as a historic breakthrough even though the value of the treatment has not been established. Hahn had echoed Trump in saying that 35 more people out of 100 would survive the coronavirus if they were treated with the plasma. That claim vastly overstated preliminary findings of Mayo Clinic observation.

“I have been criticized for remarks I made Sunday night about the benefits of convalescent plasma. The criticism is entirely justified. What I should have said better is that the data show a relative risk reduction not an absolute risk reduction,” Hahn tweeted.

Convalescent plasma is a century-old approach to treating the flu, measles and other viruses. But the evidence so far has not been conclusive about whether the plasma works for coronavirus, when to administer it and what dose is needed. It also would require a randomized study of some people given the plasma and some not.

Kids Represent Over 9% of All US Cases, Report Finds

More than 9% of all U.S. coronavirus cases are in children, a new report published Tuesday by the Children’s Hospital Association and the American Academy of Pediatrics found.

However, the report also found that children represented just 0%-0.3% of all COVID-19 deaths, and 21 states reported zero child deaths.

With the United States now topping 5 million coronavirus cases as school district reopen across the country, a growing number of children are becoming infected. More than 97,000 children tested positive in just the last two weeks of July, according to the American Academy of Pediatrics.

The number of coronavirus cases tied to a recent wedding and reception in Maine now stands at 53, with one death, NBC Boston reports.

On Saturday, the Maine Center for Disease Control announced dozens of new positive tests associated with events at the Tri-Town Baptist Church in East Millinocket and The Big Moose Inn in Millinocket.

On Friday, Millinocket Regional Hospital had announced one of the people connected to the events died.

Last week, the inn was issued an “imminent health hazard citation” by the Maine Center for Disease Control and Prevention for having 65 people in an indoor space while only 50 people are allowed under Maine’s COVID-19 laws. 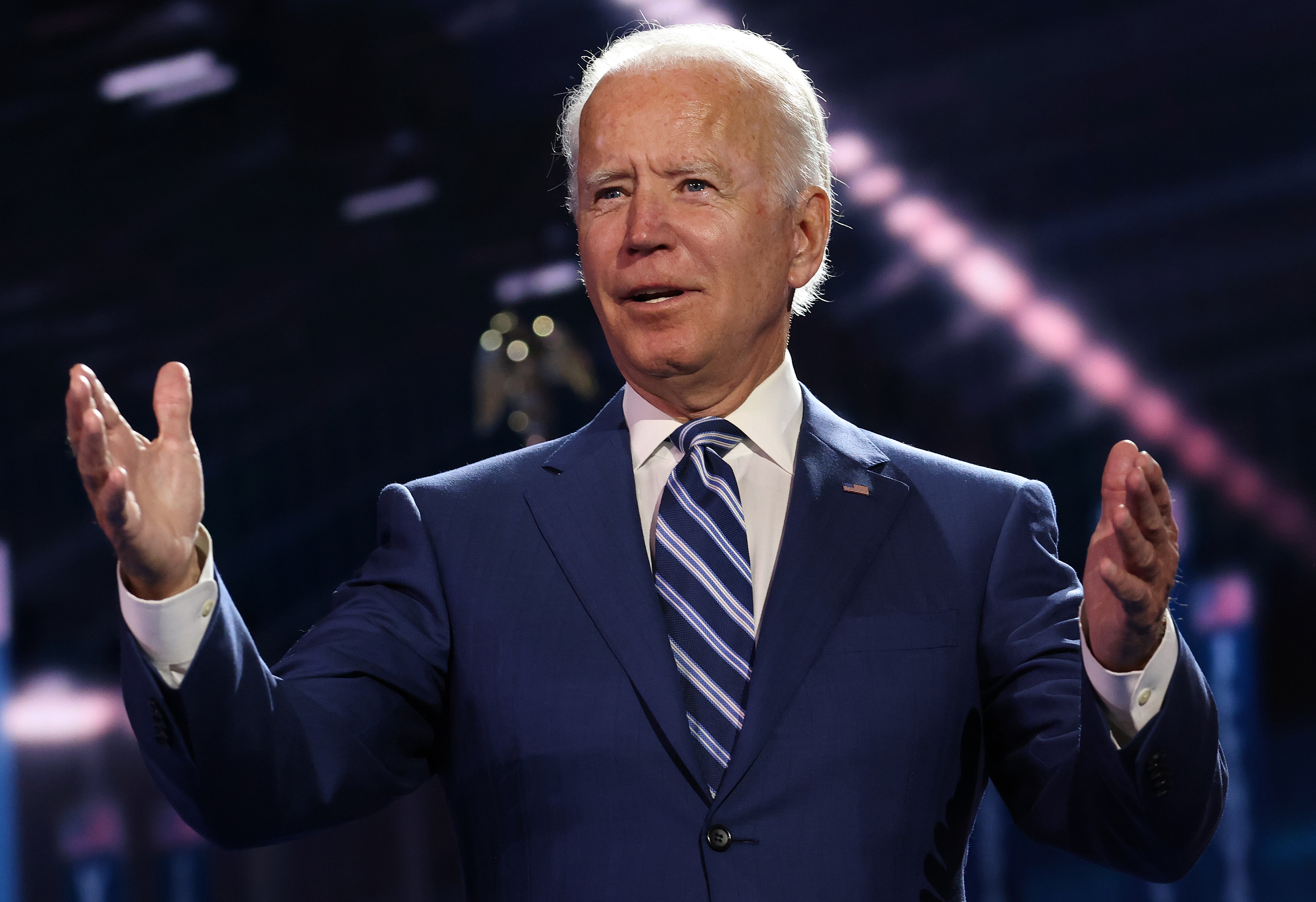 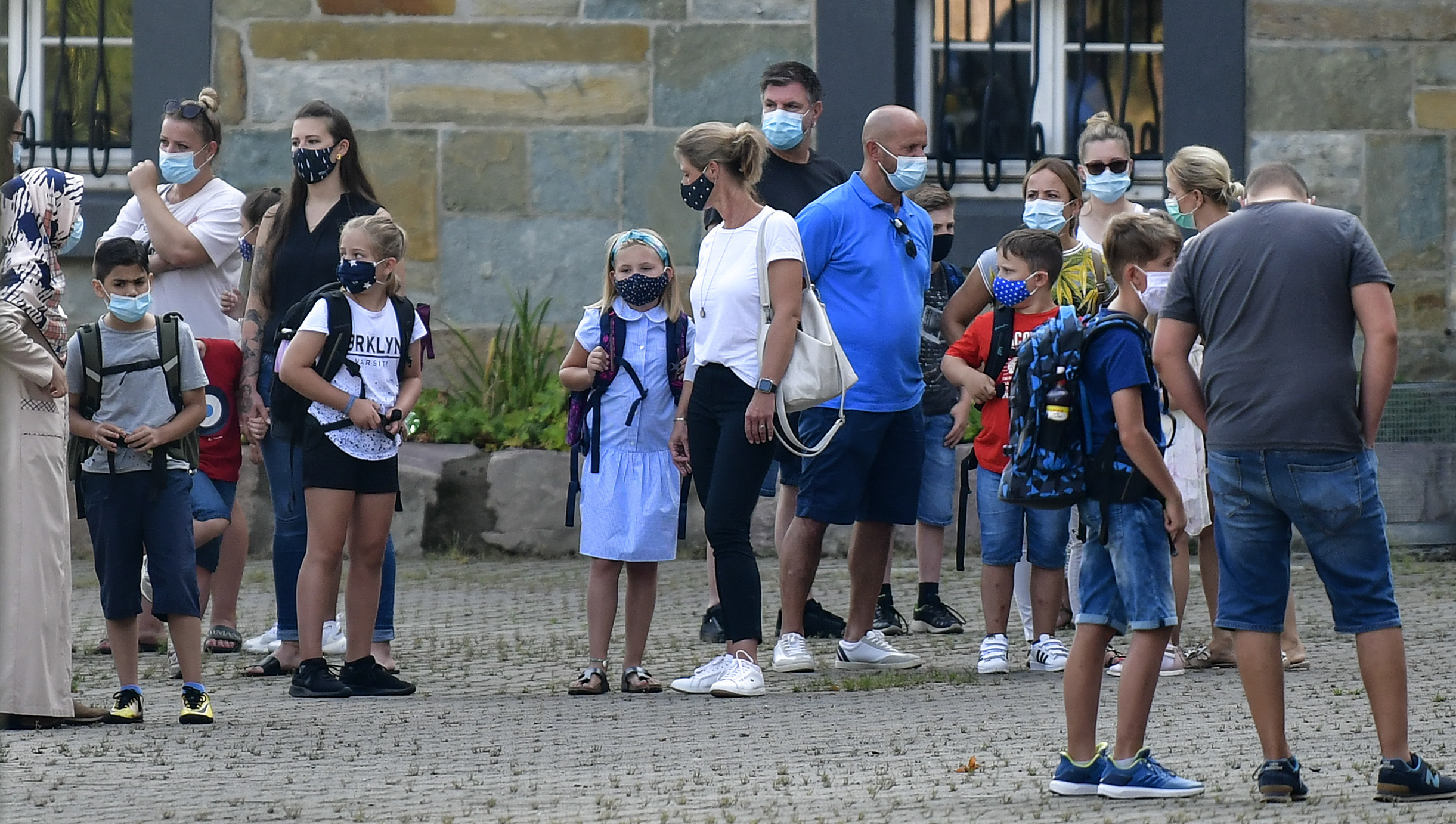 WHO: Children Aged 6-to-11 Should Wear Masks at Times, Too

A fraternity at the Georgia Institute of Technology was placed under quarantine over the weekend after at least 17 more of its members contracted COVID-19, the school said in a statement.

Officials at Georgia Tech announced the new cases at the fraternity on Saturday, saying the previously reported cluster of at least eight members had risen by 17, NBC News reports.

"All residents of the house have been tested and Georgia Tech is turning the house into an isolation location," the school said in a statement. "Residents who have not tested positive will relocate elsewhere to quarantine until they can return safely to normal activities."

On Sunday, the Atlanta-based public university reported 51 new cases of the virus, bringing its total number of cases since March to 302. The school did not specify if any of the additional 51 cases were linked to the fraternity cluster.

Laith Mekouar was a freshman at James Madison University when the coronavirus pandemic closed his campus back in March. Mekouar discusses how his college experience will change in the fall and how he feels about returning to school with coronavirus cases rising.

The hundreds of thousands of bikers who attended the Sturgis Motorcycle Rally may have departed western South Dakota, but public health departments in multiple states are trying to measure how much and how quickly the coronavirus spread in bars, tattoo shops and gatherings before people traveled home to nearly every state in the country.

From the city of Sturgis, which is conducting mass testing for its roughly 7,000 residents, to health departments in at least six states, health officials are trying to track outbreaks from the 10-day rally which ended on Aug. 16. They face the task of tracking an invisible virus that spread among bar-hoppers and rallygoers, who then traveled to over half of the counties in the United States.

An analysis of anonymous cell phone data from Camber Systems, a firm that aggregates cell phone activity for health researchers, found that 61% of all the counties in the U.S. have been visited by someone who attended Sturgis, creating a travel hub that was comparable to a major U.S. city.

“Imagine trying to do contact tracing for the entire city of (Washington), D.C., but you also know that you don't have any distancing, or the distancing is very, very limited, the masking is limited,” said Navin Vembar, who co-founded Camber Systems. “It all adds up to a very dangerous situation for people all over the place. Contact tracing becomes dramatically difficult."

Health departments in four states, including South Dakota, Minnesota, Nebraska and Wyoming, have reported a total of 81 cases among people who attended the rally. South Dakota health officials said Monday they had received reports of infections from residents of two other states — North Dakota and Washington. The Department of Health also issued public warnings of possible COVID-19 exposure at five businesses popular with bikers, saying it didn't know how many people could have been exposed.

Kris Ehresmann, infectious disease director at the Minnesota Department of Health, on Friday advised people to quarantine for two weeks if they attended the rally.

She said, “We’re expecting that we’re going to see many more cases associated with Sturgis."

USC health officials reported on Monday an “alarming” spike of 43 coronavirus cases confirmed in off-campus housing facilities, along with 100 students in quarantine due to possible exposure to COVID-19, NBC Los Angeles reports.

According to Dr. Sarah Van Orman, head of USC Student Health, 14 cases were identified through general population testing among students not showing any symptoms, while 29 more were confirmed through contact tracing and testing of people showing symptoms or who were exposed to the illness.

“Los Angeles is at a critical juncture in public health,” Orman wrote in a Monday virus update. “While no students have been hospitalized to this point, we all need to work together to protect those in our community who may be at higher risk of severe disease and prevent serious health outcomes for all. Your role in containing, or conversely, accelerating the rapid spread of COVID-19, can mean the difference between safely returning to a modified ‘new normal,’ or having a prolonged period of remote-only academic experience and closed facilities.”

She urged students “in the vicinity of USC, especially those living with housemates or suite-mates,” to get tested weekly through the university's “Pop Testing” program. Orman also noted that the spike in cases occurred despite restrictions on on-campus instruction and activities.

From moving lecture classes online to limiting roommates per dorm room, colleges and universities across the country are proposing changes to student life that will allow them to reopen campuses safely in the fall.
The Associated Press/NBC