Trump Presses for Schools to Reopen, Takes Dig at Fauci

Fauci urged caution in testimony before a Senate committee, although he made clear he believes reopening decisions will likely differ regionally

President Donald Trump called on governors across the nation Wednesday to work to reopen schools that were closed because of the coronavirus, pointedly taking issue with Dr. Anthony Fauci's caution against moving too quickly in sending students back to class.

The president accused Fauci of wanting "to play all sides of the equation," a comment that suggested he is tiring of the nation's top infectious disease expert.

Fauci had urged caution in testimony before a Senate committee Tuesday, although he made clear that he believes reopening decisions will likely differ from one region to the next.

"We don’t know everything about this virus and we really better be pretty careful, particularly when it comes to children," Fauci told the committee. At one point, he told members that "the idea of having treatments available or a vaccine to facilitate the re-entry of students into the fall term would be something that would be a bit of a bridge too far."

Fauci later clarified that he was not implying students should be barred from returning to class until a COVID-19 vaccine is developed. But his comments were nonetheless seized on by conservative commentators, as well as Sen. Rand Paul, R-Ky., who called the notion "kind of ridiculous."

"To me, it’s not an acceptable answer," Trump said of Fauci on Wednesday. He said the coronavirus has "had very little impact on young people," although there is growing concern over cases of a mysterious inflammatory syndrome in young people that is thought to be related to the virus.

Speaking of Fauci, Trump told Maria Bartiromo in an interview for Fox Business Network's "Mornings with Maria" that "I totally disagree with him on schools."

Trump and Fauci have publicly disagreed before, including on the effectiveness of certain drugs that have been tested to treat the virus. Trump has also complained to aides and confidants about Fauci’s positive media attention and his willingness to contradict the president. But Trump has also acknowledge that the blowback to removing the doctor would be fierce.

In his testimony, Fauci issued a blunt warning that cities and states could "turn back the clock" and see more death and economic damage if they lift stay-at-home orders too quickly — a message that stands in sharp contrast to Trump's push to reopen the nation as he tries to blunt the economic damage caused by the pandemic during an election year. 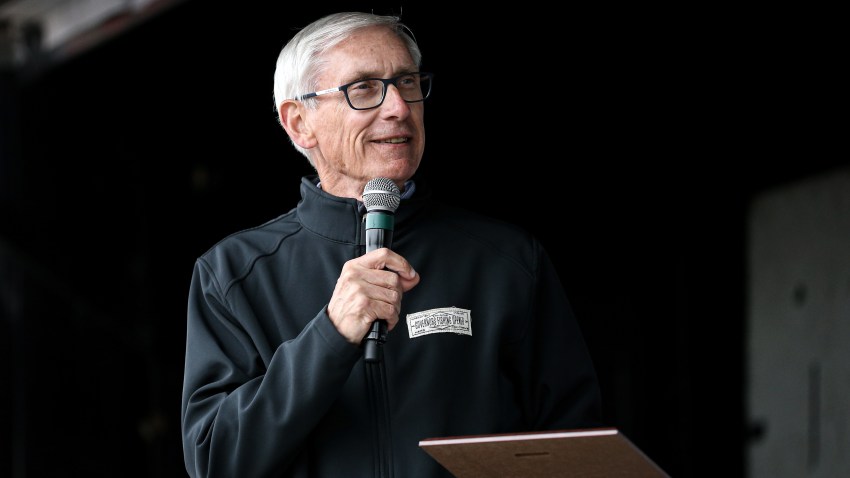 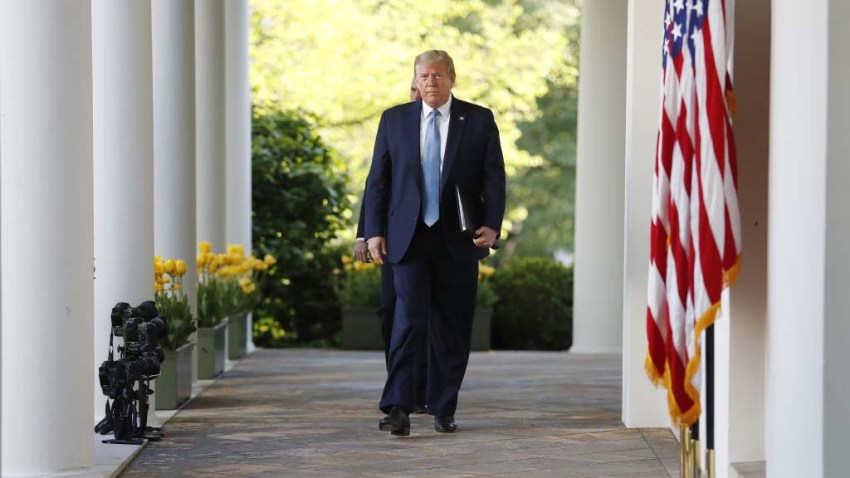 "There is a real risk that you will trigger an outbreak that you may not be able to control," Fauci warned as more than two dozen states have begun to lift their lockdowns.

Among those are Colorado and North Dakota, whose governors met with Trump on Wednesday.

In North Dakota, which has had fewer cases than many other states, Republican Gov. Doug Burgum allowed most businesses to reopen May 1 with precautions that include limiting bars and restaurants to half capacity and requiring barbers and cosmetologists to wear masks.

Burgum announced this week that schools may offer some summer programs beginning June 1 if local school officials approve and precautions are taken, such as limiting class sizes.

At the same time, cases and deaths have continued to rise. State health officials on Tuesday reported two new deaths from COVID-19, bringing its death toll to 38. The state also reported 53 new cases, bringing the total to 1,571.

Dr. Anthony Fauci talks about what the country can do to prevent a second outbreak of coronavirus cases this fall.

The impact on Colorado has been far worse. The death toll there surpassed 1,000 this week, with more than 20,000 having tested positive.

Democratic Gov. Jared Polis this month began to gradually relax restrictions, however, while warning there could be rollbacks if the virus surges.

Polis had criticized the Federal Emergency Management Agency during the early days of the pandemic for swooping in to purchase personal protective equipment and other supplies that Colorado, like many states, had been negotiating for with private vendors. But recently he’s taken a more diplomatic approach to working with the administration.

The White House has stepped up precautions in recent days to protect the president and senior administration officials from the virus after two individuals who work on the compound tested positive. Because he had contact with one of those individuals, Vice President Mike Pence has been keeping his distance from Trump, talking by phone instead of in person.

"I haven’t seen Mike Pence and I miss him," Trump said. "For a little while we’ll stay apart because you don’t know what happens with this very crazy and horrible disease."