With a third coronavirus vaccine now approved in the U.S., what is the difference between the vaccines and should you opt for one over the other?

UPDATE: The U.S. is recommending a “pause” in administration of the single-dose Johnson & Johnson COVID-19 vaccine to investigate reports of potentially dangerous blood clots.

With a third coronavirus vaccine now approved in the U.S., what is the difference between the vaccines and should you opt for one over the other?

According to medical experts, the three vaccines currently available in the U.S., which include the newly-approved Johnson & Johnson vaccine, each offer some level of protection. 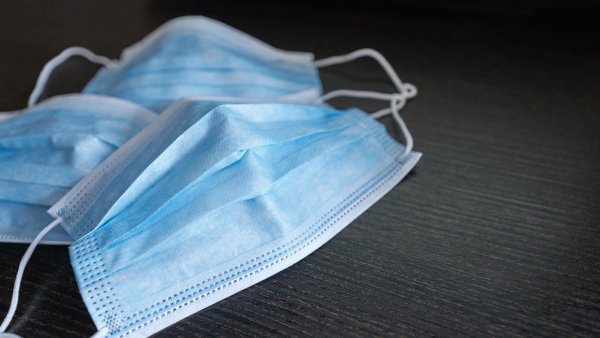 Already, Pfizer and Moderna COVID vaccines have been circulating across the U.S., both requiring two shots for full protection.

But according to an analysis by U.S. regulators, Johnson & Johnson’s single-dose vaccine also offers strong protection against severe COVID-19.

The FDA said J&J’s vaccine offers strong protection against what matters most: serious illness, hospitalizations and death. One dose was 85% protective against the most severe COVID-19 illness, in a massive study that spanned three continents — protection that remained strong even in countries such as South Africa, where the variants of most concern are spreading.

Published results from a mass vaccination campaign in Israel showed Pfizer's vaccine was 92% effective at preventing severe disease after two shots and 62% after one. Its estimated effectiveness for preventing death was 72% two to three weeks after the first shot, a rate that may improve as immunity builds over time. Meanwhile, the Moderna vaccine provides a similar level of protection, 94.1%, and requires two shots, 28 days apart.

It is not known if any of the three vaccines prevent the spread of the virus by people who are asymptomatic.

While the overall effectiveness data may suggest the J&J candidate isn't quite as strong as the two-dose Pfizer and Moderna options, all of the world’s COVID-19 vaccines have been tested differently, making comparisons nearly impossible, CNBC reported.

"If you kind of do a comparison for influenza vaccines, which we do annually, influenza's efficacy can range anywhere from 40% to 60% - and that's a good year," Monica Hendrickson, public health administrator for the Peoria County Health Department said Wednesday. "So again, something that's high public health was, you know, we were hoping for something above 40%. To get to 95%, even 65%, that's a homerun."

Hendrickson noted that the vaccines each hold a high effectiveness against death and severe illness for coronavirus.

"So, really, you're looking at a distinction that from a clinical standpoint, or from, you know, an epidemiological standpoint is very minor compared to what we really are hoping for, which is decreases in death and decreases in severe illness, where they all match up between the three vaccines," Hendrickson said. "Most important thing though is that when these vaccines come on the market, if you have an option to any of these, get one of them."

“Part of my messaging in the community has been that the vaccines on the market are equally efficacious and equally safe," Del Rios said. "The best vaccine you can get is the one that you can get a hold of first, and getting vaccinated earlier, sooner rather than later, protects us from getting sick ourselves and also our community, which has been so terribly devastated by this virus.”

Dr. Arnold Monto of the University of Michigan, who chaired an FDA advisory panel that unanimously voted that the Johnson & Johnson vaccine’s benefits outweigh its risks, said the evidence shows no reason to favor one vaccine over another.

“What people I think are mostly interested in is, is it going to keep me from getting really sick?” Collins said. “Will it keep me from dying from this terrible disease? The good news is all of these say yes to that.”

The Pfizer-BioNTech and Moderna vaccines differ from traditional vaccines in their use of mRNA. Instead of introducing a weakened or an inactivated germ into your body, this vaccine injects mRNA, the genetic material that our cells read to make proteins, into your upper arm muscle. It teaches your body how to make the protein that triggers antibody production so if the real virus later enters your body, your immune system will recognize it, according to the federal Centers for Disease Control and Prevention.

Unlike the Pfizer and Moderna shots, the J&J and AstraZeneca vaccines use a cold virus, called an adenovirus, to carry the spike gene into the body. J&J uses a human adenovirus to create its vaccine while AstraZeneca uses a chimpanzee version.

J&J’s shot uses a cold virus like a Trojan horse to carry the spike gene into the body, where cells make harmless copies of the protein to prime the immune system in case the real virus comes along. It’s the same technology the company used in making an Ebola vaccine.

The Pfizer and Moderna vaccines must also be kept frozen, while the J&J shot can last three months in the refrigerator, making it easier to handle. AstraZeneca's vaccine, widely used in Europe, Britain and Israel, is made similarly and also requires refrigeration but takes two doses.

Like Pfizer and Moderna's COVID-19 vaccines, the main side effects of the J&J shot are pain at the injection site and flu-like fever, fatigue and headache. No study participant experienced the severe allergic reaction, called anaphylaxis, that is a rare risk of some other COVID-19 shots, although one experienced a less serious reaction.

The FDA said there were no serious side effects linked to the vaccine so far, although it recommended further monitoring for blood clots. In the study, those were reported in about 15 vaccine recipients and 10 placebo recipients, not enough of a difference to tell if the vaccine played any role.