A growing number of local doctors say they see children developing serious inflammatory disease and toxic shock, and suspect COVID-19 could be cause

Amid new concerns about the possible impact of COVID-19 on children, Mount Sinai Hospital is confirming reports by NBC New York that they are seeing new and unusual COVID-19 related illness in several pediatric patients. The hospital’s chief of pediatric critical care is now issuing a warning to parents to be on the lookout for certain symptoms.

And doctors in Westchester County are now warning that some kids presenting with this "pediatric multisystem inflammatory syndrome" are not showing symptoms until as long as six weeks after exposure to the virus.

NBC 4 will hold a Facebook Live chat Friday, May 8, at 1 p.m. ET with Dr. Steven Kernie, chief of pediatric critical care medicine at Morgan Stanley Children's Hospital, on the new inflammatory illness in kids with COVID-19. Watch that live event below. (Click on the speaker icon for sound.)

More on this story:
NYC Boy Had No Known Conditions - 5 Days Later Was on a Ventilator
64 Kids Are Sick With Rare COVID Illness - Here Are the Warning Signs
NY Requiring Immediate Reports of New COVID Kids' Illness

In a statement, Dr. George Ofori, Pediatric Critical Care Director at Mount Sinai Kravis Children’s Hospital said, "Some of the cases that we are currently treating entered our care presenting with symptoms such as abdominal pain, vomiting, diarrhea, and a low-grade fever. Others presented first with a rash, conjunctivitis, and/or cracked lips.”

Dr. Ofori said some patients have developed heart problems and low blood pressure that led to shock. He explained that some had been diagnosed with COVID-19 2-3 weeks before these symptoms developed.

"Whether the underlying condition is COVID-19 or the body’s response to COVID-19 is not known at this time. While it is too early to definitively say what is causing this we believe it is important to alert the public as to what we are seeing," he said.

A different source told NBC New York some of these children had no previous underlying health conditions.

The Mount Sinai statement comes two days after Dr. Ofori’s counterpart at Cohen Children’s Hospital on Long Island told the I-Team in an interview they’ve seen about a dozen critically ill pediatric patients in the past two weeks with similar inflammatory symptoms.

“We now have at least about 12 patients in our hospital that are presenting in a similar fashion, that we think have some relation to a [COVID-19] infection,” said Dr. James Schneider, Director of Pediatric Critical Care at Cohen Children’s Hospital in Nassau. “It’s something we’re starting to see around the country.”

Cohen is one of several local hospitals where pediatricians say they’re concerned about recent hospitalizations of previously healthy children who have become critically ill with the same features, resembling Toxic Shock Syndrome and Kawasaki disease. Kawasaki is an autoimmune sickness that can be triggered by a viral infection and if not treated quickly, can cause life-threatening damage to the arteries and the heart.

Jane Newburger, director of the Kawasaki Program at Boston Children's Hospital, told NBC News this new ailment was being seen in multiple cities throughout the United States. Is It Coronavirus? What We Know About Common and Atypical COVID-19 Symptoms 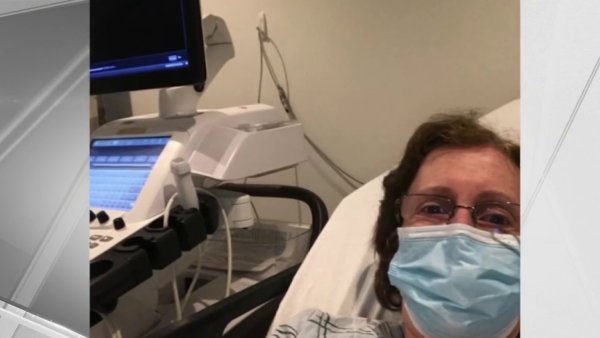 "They are scattered. Each center has one or two cases,” said pediatric cardiologist Dr. Nadine Choueiter of Montefiore Medical Center in the Bronx.

While Dr. Choueiter noted the cases are still rare, she added “Yes, we are seeing them and it’s important to talk about it to raise awareness so as pediatricians we look for these symptoms and treat them.”

Symptoms can include fever for more than five days, rash, gastrointestinal symptoms, red eyes and swollen hands and feet.

In addition to a dozen cases at Cohen Children’s Hospital, a source at Mount Sinai Hospital says the number of cases in their pediatric ICU grew by several this week, up from two cases on April 28.

NBC New York has also confirmed at least one case at Montefiore Medical Center and another case of a toddler at NYU Langone, who was released in recent days after being treated for Kawasaki disease.

At Columbia Presbyterian, a spokesperson did not respond to repeated requests from NBC New York about a published report of three cases in their hospital.

Mayor Bill de Blasio said Tuesday the city would require health care providers to report any cases of people under 21 being treated for these symptoms.

Pediatricians say besides the serious inflammatory symptoms, what many of these children have in common is that they test positive for COVID-19 or the antibodies. They also say some of the children test negative for the coronavirus, but are believed to have been exposed to the virus by immediate family members.

Now doctors are comparing notes, trying to figure out if COVID-19 is triggering an overreaction of the immune system in some previously healthy children, perhaps even weeks after they were exposed.

“The interesting part is only now are we seeing these patients show up,” Dr. Schneider said, adding that the question is “Is this a typical surge in Kawasaki disease or is this the typical post-infectious response to a COVID infection?”   Doctors say it’s also possible that these cases are unrelated to COVID-19, but it’s hard to know, since health officials do not require such symptoms in children to be tracked.

It’s still unclear if local public health officials have started counting these cases to determine if there is an uptick. The New York State Department of Health said it had received reports of severe illnesses possibly due to cases of COVID-19 in children, including Kawasaki disease, toxic shock-like syndrome and other cardiac complications like myocarditis, adding that those conditions have been fortunately rare.

"However, we will continue to work with our partners in Children's Hospitals throughout the state to investigate the frequency and extent of severe COVID-19 in children and any potentially related conditions," the state Health Department said in a statement to NBC New York. "Thankfully most children with confirmed COVID-19 have had mild symptoms, rarely becoming ill. However, children with underlying health conditions who develop COVID-19 may be more at risk for having more severe illness. Though it occurs rarely, healthy children can become severely ill from COVID-19."

“We have not seen this to date,” said Commissioner Oxiris Barbot of the NYC Department of Health and Mental Hygiene.

Two days later on May 1, when NBC New York asked for an update, Commissioner Barbot said she is trying to learn more about any potential health threat to children.

“We are looking closely at this, “ Barbot said. “My team has reached out to the pediatric hospitals to get more information about specific cases that they have concerns are indicating an inflammatory cardiovascular response in children that had not been previously observed.”

Barbot said she had also personally communicated with the NYC Medical Examiner who is attempting to compile any information on children abroad who may have died after developing these symptoms.

British pediatricians and health officials also issued a warning on April 26 about a possible Covid-Kawasaki link in young children.

“It just goes to show that Covid does not spare any age group and can lead to very serious illness, even in kids,” said Dr. Schneider.