Although the facility was created to handle a spring 2020 onslaught of COVID-19 deaths, it now holds the bodies of people who have died of various causes and are awaiting final arrangements.

In spring 2020, Diane Quince was recognized for taking a remarkable turn in her life: A college student at 61, she won a $10,000 scholarship for women who navigated major difficulties to pursue an education.

This past January, Quince died at 62 and became one of hundreds of people whose remains lingered in a temporary morgue that was opened at the peak of New York City's battle with the coronavirus but is still operating over a year later.

“She was inspirational,” says Michele Callahan, a College of Staten Island staffer who helped Quince apply for the scholarship she earned from the Women’s Forum of New York. “She wanted to help everyone and everything.”

The city medical examiner's office, which runs the temporary morgue, didn’t respond to an inquiry about the cause of Quince's death. Although the facility was created to handle a spring 2020 onslaught of COVID-19 deaths, it now holds the bodies of people who have died of various causes and are awaiting final arrangements. 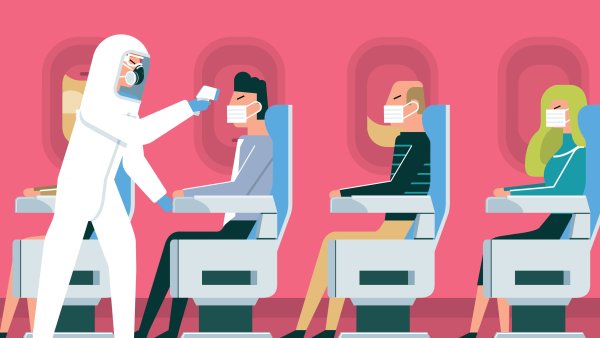 Nearly 10,000 Passengers Tested Negative Before Flying — Here's How Many Infections Slipped Through

Quince was buried last month in a private cemetery plot arranged by Staten Island public administrator Edwina Frances Martin, an official who handles some estates. Her office said no relatives had come forward to make arrangements for Quince, and officials didn't want to postpone laying her to rest any longer but could continue trying to connect with her kin. The agency also posts a list of its burials in case families or friends are looking for information.

The Associated Press reached her brother Paul, who said that the family doesn't keep in close touch and that he didn't know of her death until a reporter contacted him.

After a rough childhood on Staten Island, Quince left home at an early age and briefly pursued a military career in the late 1970s, Paul Quince said. She lived in places including Hawaii and Puerto Rico, ultimately returning to New York, he said.

She struggled for decades with homelessness, drug use and other problems, according to her bio on the Women’s Forum website.

“She had a tough life,” her brother said, but “she always wanted to go to school."

She was working toward it the last time he saw her, at lunch about five years ago, he said. She mentioned that she had applied to college and sought a scholarship.

Callahan said Diane Quince confided that she was nervous at first about embarking on college in her 60s.

But “I found caring, support and encouragement," Quince said in a June 2020 piece that the college wrote about her. "Most of all, I found purpose.”

A strong student who focused on English and writing, Quince also did lots of volunteering, from fundraising for people with HIV or AIDS to giving motivational talks at a social services organization, according to the College of Staten Island.

“She really loved to talk to people. She wasn’t afraid to get up there in front of a crowd and speak to them and give them hope about changing whatever circumstances they had, to do something positive,” Callahan recalled.

Quince's own goal was to work for nonprofit groups that help homeless people, especially women.

“I wish to pull them out of their terrible living conditions and help them to see that there is hope,” she told the Women’s Forum.