Governor, who was fully vaccinated, has a breakthrough case of coronavirus

Mark Miner, the governor's communications director, issued a statement Tuesday afternoon saying the governor is tested for the virus daily and that on Tuesday he had a positive result.

Abbott, of late, has drawn plenty of criticism for his handling of the pandemic and has been taken to court by several local jurisdictions over his executive order banning mask mandates statewide. The mandate has come under heavy fire as the delta variant continues to spread across the state and as hundreds of thousands of children head back to school this month, many of whom are too young to be vaccinated.

Dr. Esmaeil Porsa, president and CEO of Harris Health System, said in Houston Tuesday that Texas now leads the nation in pediatric hospitalizations. Those hospitalizations are driven by surges in both COVID-19 and RSV cases. 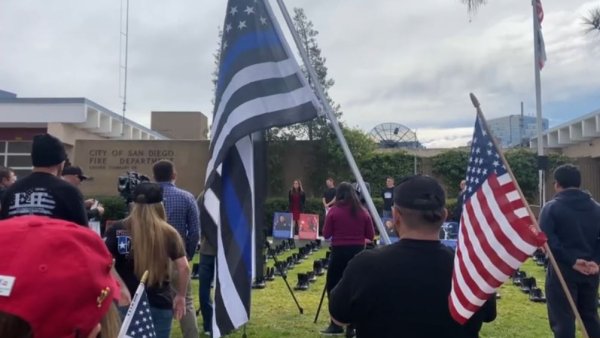 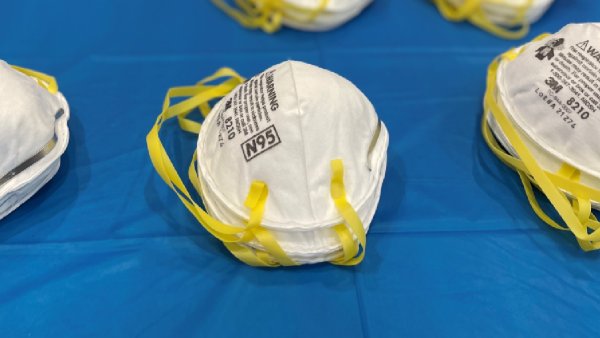 Free N95 Masks are Arriving in San Diego: Here's Where You Can Find Them

Abbott has recommended vaccinations as a personal choice but refuses to require face masks or vaccines as a mitigation effort to stop the spread of the virus despite those recommendations from the Centers for Disease Control and Prevention and other health authorities.

Miner said the governor will isolate in the Governor's Mansion and will continue to test daily.

Abbott's office did not say where he may have contracted the virus, but on Monday the governor was campaigning in Collin County. Photos and videos tweeted on the governor's personal and campaign pages show him among a large, unmasked crowd that had filled a reception room.

A video shared by Texans for Abbott showed the governor on the floor of the event, surrounded by unmasked supporters and posing for photographs.

A board member for the Republican Club at Heritage Ranch told NBC 5 it was notifying attendees about the governor's diagnosis and waiting on guidance from his office. The board member declined to comment further.

A party officials said 356 tickets were sold for the event.

On Tuesday, just two hours before news of his positive test was released, Abbott shared photos of him next to Jimmie Vaughn, brother of Stevie Ray Vaughn, though it's not immediately clear when the photo was taken.

Following news of the diagnosis, a representative for Vaughen released the following statement.

"We want to let everyone know, that despite the news today of Gov. Abbott’s positive Covid diagnosis, Jimmie and family have tested negative and are doing fine. Thanks so very much to all that reached out with your concern. We wish the governor a speedy recovery."

Contract tracing was done, Miner said, and those who had been in close contact with the governor have been notified of his infection. Abbott's wife, Cecilia Abbott, tested negative.

Miner added that Abbott "is in constant communication with his staff, agency heads, and government officials to ensure that state government continues to operate smoothly and efficiently."

Abbott is receiving Regeneron's monoclonal antibody treatment, according to Miner.

The treatment is FDA approved and is a one-time infusion of antibodies designed to attack the virus before it takes hold on your body.

It's given during the first few days of the illness.

The Texas Department of State Health Services is in the process of helping launch infusion centers across Texas, including the Dallas-Fort Worth area.