Meanwhile, the U.S. was taking steps to lift some restrictions even as thousands of new cases continue to be reported each day

Spain’s Socialist-led government will ask parliament on Wednesday to extend the state of emergency another two weeks through May 24.

But the conservative Popular Party, the main opposition, is reluctant.

Prime Minister Pedro Sánchez says extending the state of emergency “is the only instrument that allows the government to limit mobility, in order to prevent contagion, save lives and protect citizens.”

Health Minister Salvador Illa says the state of emergency, which has allowed the government to impose a lockdown, has been “essential” in reducing the daily infection rate from 35% to 0.4%.

French President Emmanuel Macron confirmed plans to gradually reopen schools next week amid concerns from mayors, teachers and parents about the timing.

Macron, wearing a mask, visited a primary school in a suburb west of Paris on Tuesday that has remained open for children of health workers.

More than 300 mayors in the capital region, including Paris mayor Anne Hidalgo, urged Macron in an open letter to delay the reopening of primary schools scheduled for next week.

They denounced an “untenable and unrealistic timetable” to meet the sanitary and safety conditions required by the state, including class sizes capped to a maximum of 15. The majority of French children attend public schools.

Many parents say they won’t send their children back to school as France is one of the world’s hardest-hit countries by the coronavirus.

WHO Director-General Dr. Tedros Adhanom Ghebreyesus on Monday announced 40 countries have united to pledge billions of dollars to help find a vaccine to fight the coronavirus pandemic.

France starts lifting confinement measures on May 11, with businesses to resume activity and parents to return to work.

China and South Korea, which had early, intense outbreaks of the coronavirus, together reported only four new infections Tuesday and were slowly resuming public events after months of containment efforts.

Meanwhile, the U.S. was taking steps to lift some restrictions even as thousands of new cases continue to be reported each day.

In Washington, the Supreme Court heard arguments by telephone and allowed the world to listen in live for the first time ever. And the Senate convened for the first time since March, though prospects for quick action on a new aid package are uncertain.

South Korea's three new cases represented the lowest daily jump in nearly three months. More than 10,000 people have been infected in the nation's outbreak, and more than 250 have died.

As cases slow, South Korea will start reopening schools in phases starting with high school seniors next week, and its professional baseball league began its new season Tuesday. Pictures were placed in the stands depicting absent fans, and the stadium was quiet enough to hear cheers and shouts from the dugout.

In China, it has been three weeks since any new deaths have been reported in the country where the pandemic began in December. Just one new case of infection was confirmed, and fewer than 400 patients are still being treated for COVID-19, health officials said. Strict travel restrictions, testing, quarantining and case tracing policies appear to have stemmed the virus as warm weather arrives in much of the country.

Other places in the Asia-Pacific region have also had success in suppressing outbreaks, including Hong Kong, Taiwan, Vietnam, Thailand, Australia and New Zealand, which has had zero new cases for two days. But some countries like India have escalating outbreaks, and experts say the country with its 1.3 billion population has yet to see its peak.

In the U.S., a shuttered pork processing plant in South Dakota took its first steps toward reopening after more than 800 employees were infected with the virus. California Gov. Gavin Newsom, one of the first governors to impose a statewide stay-home order, announced that some businesses can reopen as early as Friday, with restrictions.

In Louisiana, state lawmakers were restarting their legislature — but feuded over whether they should return at all. Political battles have become increasingly embedded in U.S. coronavirus policy.

The moves to open U.S. states come even as daily new infections continue to exceed 20,000 and daily deaths 1,000, according to figures from Johns Hopkins University. 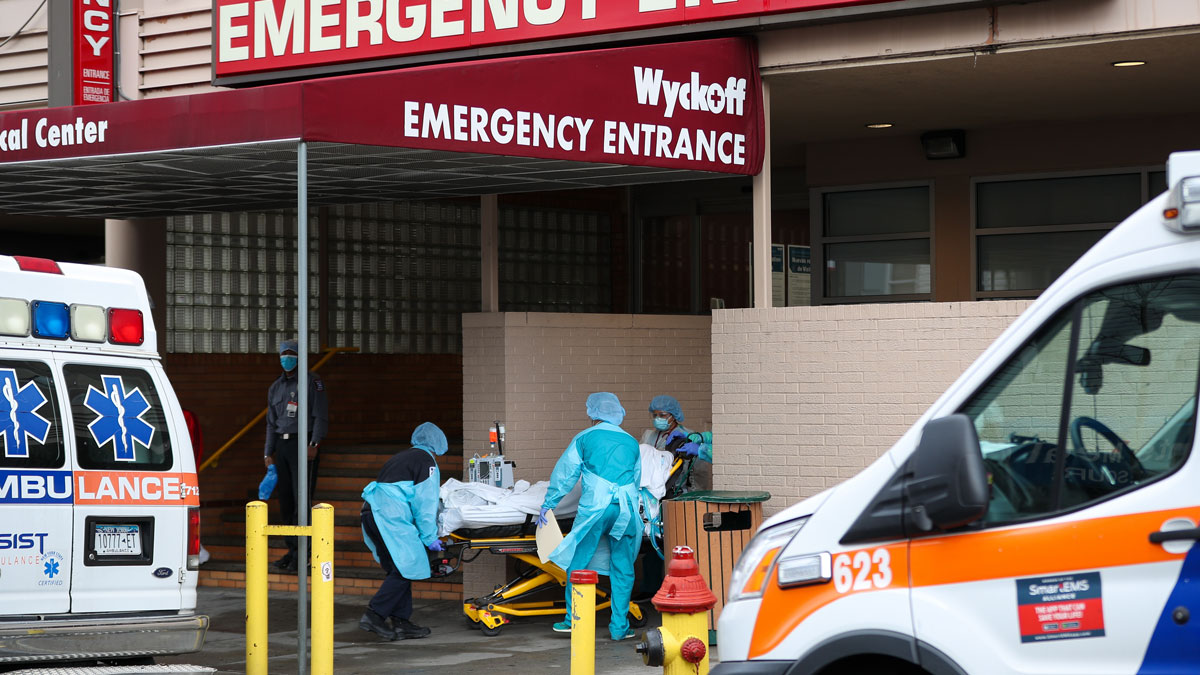 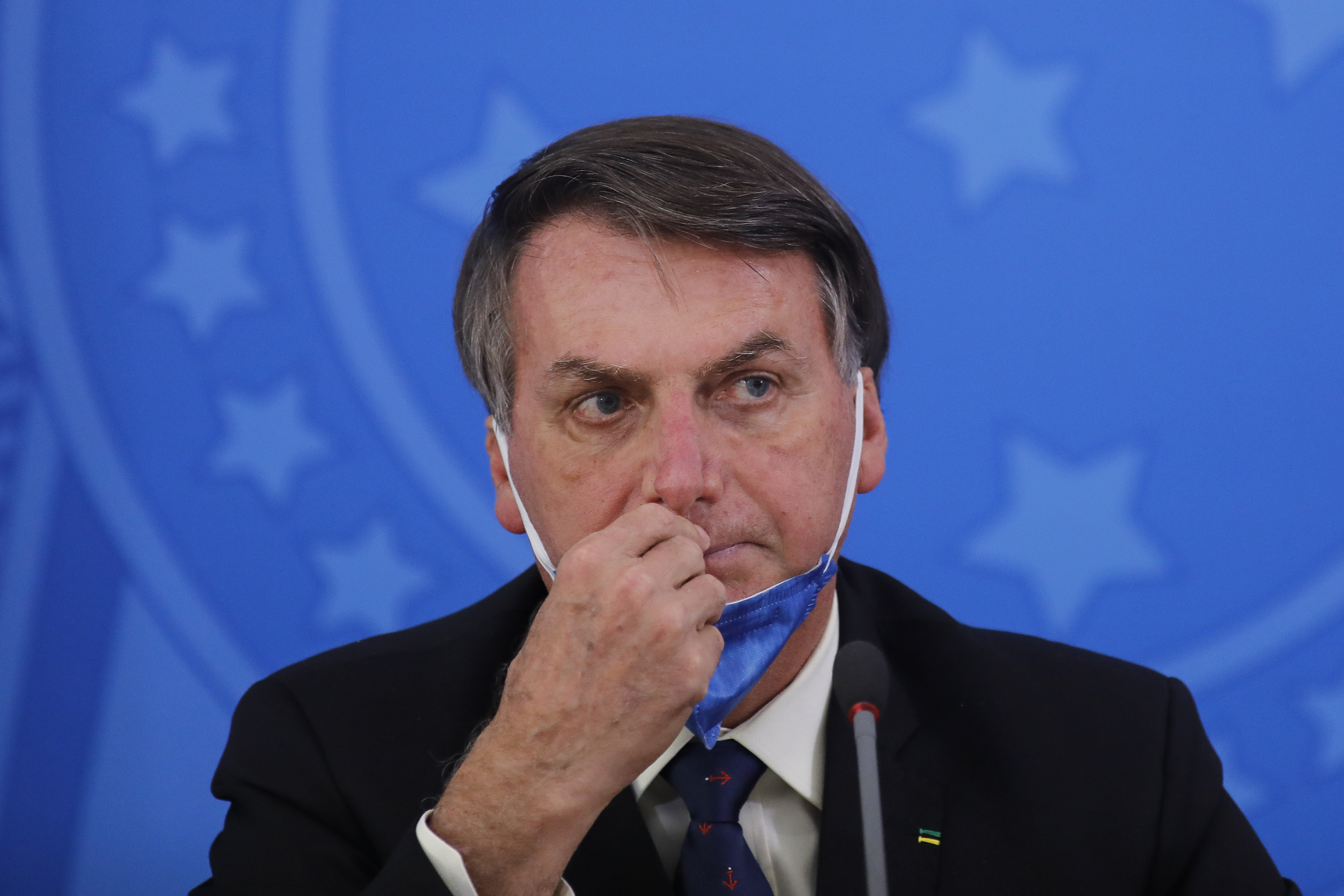 Governments around the world have reported 3.5 million infections and more than 251,000 deaths, including more than 68,000 deaths in the United States. Deliberately concealed outbreaks, low testing rates and the severe strain the disease has placed on health care systems mean the true scale of the pandemic is undoubtedly much greater.

With pressure growing in many countries for more measures to restart the economy, politicians were trying to boost funding for research into a vaccine for COVID-19. There are hopes one could be available in months, but many scientists warn it could take much longer.

Developing a vaccine will be the key to returning to less restricted everyday life. An alliance of world leaders on Monday pledged to give 7.4 billion euros ($8 billion) for the effort, but the U.S. and Russia were notably absent.

The money raised will be channeled mostly through recognized global health organizations. French President Emmanuel Macron said he was convinced the U.S. would at some point join the initiative.

Carnival Cruise Line, which saw outbreaks on several ships, plans to start cruises again in August, leaving from Florida and Texas. The Caribbean trips will be the company’s first since the pandemic forced a near-total pause in the cruise industry.

In Brazil, President Jair Bolsonaro said he twice tested negative for the coronavirus. Many people, including a federal judge, are demanding he share the actual results, but he has refused.

The standoff is the latest flashpoint in a broader battle between a president who has repeatedly tested the limits of his power and democratic institutions. There are concerns it could spark a constitutional crisis.

Bolsonaro has consistently downplayed the coronavirus pandemic and has fiercely criticized local attempts to control its spread, instead advocating for most people to get back to work. More than 108,000 people have been infected in Brazil and more than 7,300 have died.