More than three months without being able to open nearly led to the Greenwich Village symbol of pride closing its doors for good, so the owners put out a plea for help — and got plenty of responses

The Stonewall Inn, an iconic location known worldwide for the important role it played in the battle for inclusion and equal rights for the LGBTQ community, was almost another casualty of the COVID-19 pandemic.

The bar, along with all other watering holes in the city, was forced to close in mid-March as NYC began its long battle against coronavirus. But more than three months without being able to open nearly led to the Greenwich Village symbol of pride closing its doors for good. Then the owners put out a plea for help — and got plenty of responses.

Co-owner Stacy Lentz said that while they may be the keepers of the historic bar, it's the community's tavern — so they felt the public should know how much they were struggling.

"I think it would be just a complete disaster if you walked by here and this was not a living, breathing piece of history," Lentz said.

It may be a designated landmark — the first U.S. national monument dedicated to the LGBTQ rights movement — but that status wasn't helping them keep the lights on. Recently, serving curbside drinks and merchandise sales helped out a bit, but Stonewall still faced an uncertain future.

The birthplace of the modern gay rights movement is struggling to stay open. Because of the Coronavirus pandemic, the Stonewall Inn was forced to close its doors for more than three months. Even now, as they begin to navigate reopening, the bar faces an uncertain future. Rana Novini reports.

The entire staff was forced out of work, and the business hoped for a loan, which never came. 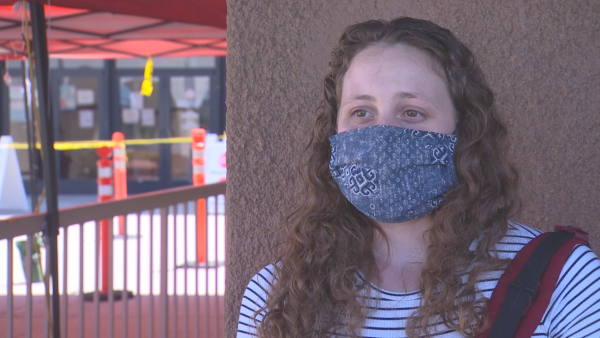 Now They Get It: What's Motivating People to Get Vaccinated, Months Later?

‘Definition of Stupid': Not Everyone on Board With New Guidance on Indoor Masks

So Lentz made a GoFundMe page to see if they could get some help, and the donations starting pouring in. On Wednesday, the bar soared past the initial goal of $50,000, and many more supporters came out to show how much the bar means to them.

"I'm a native New Yorker, and Stonewall is part of our history," said Kieran Croke. "When we read about it, heard about the problems of them going under, I wanted to come out and support them ... I think it shows what the support of the LGBTQ community is. People and places that we really know and love and want to support — when they're down and out, the community comes together to support them."

Visitors to Stonewall Inn said they didn't realize the future of the bar was in jeopardy, but many believed New Yorkers would come together to prevent it from going under.

"It's been here 50 years, it's got to keep going. New York wouldn't be the same without the Stonewall," Croke said.

As NYC prepares to the mark the 50th anniversary of the first Pride Parade, the city is rallying behind the landmark that paved the way.