The CDC warned the new, more infectious variant will probably become the dominant version in the U.S. by March

Governors bitterly accused the Trump administration Friday of deceiving the states about the amount of COVID-19 vaccine they can expect to receive as they ramp up vaccinations for senior citizens and others. But the government attributed the anger to confusion and misguided expectations on the part of the states.

Meanwhile, the race between the vaccine and the virus may be about to heat up: The Centers for Disease Control and Prevention warned that the new, more infectious variant first seen in Britain will probably become the dominant version in the U.S. by March.

The CDC said the variant is about 50% more contagious than the virus that is causing the bulk of cases in this country.

The clash over the pace of the government's COVID-19 vaccine allotments threatens to escalate tensions between the Trump administration and some states over who is responsible for the relatively slow start to the vaccination drive against the scourge that has killed over 390,000 Americans.

Oregon had announced earlier this week that it would expand vaccine eligibility to roughly 760,000 residents 65 and older, as well as teachers and child care providers, because of what it said were promises that the state’s vaccine allotment would be increased.

But Democratic Gov. Kate Brown said those plans are now in disarray because of “deception on a national scale” by the administration. 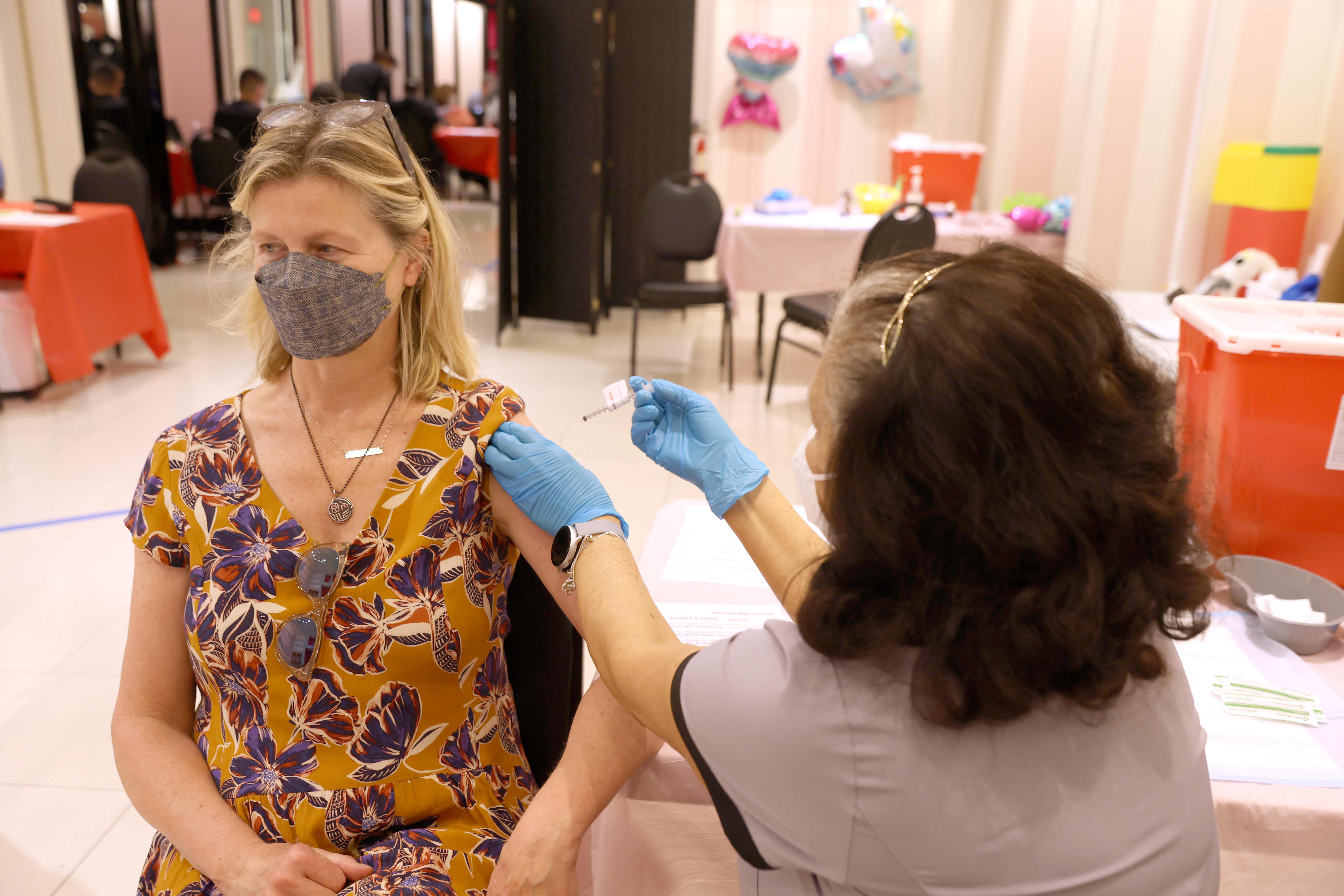 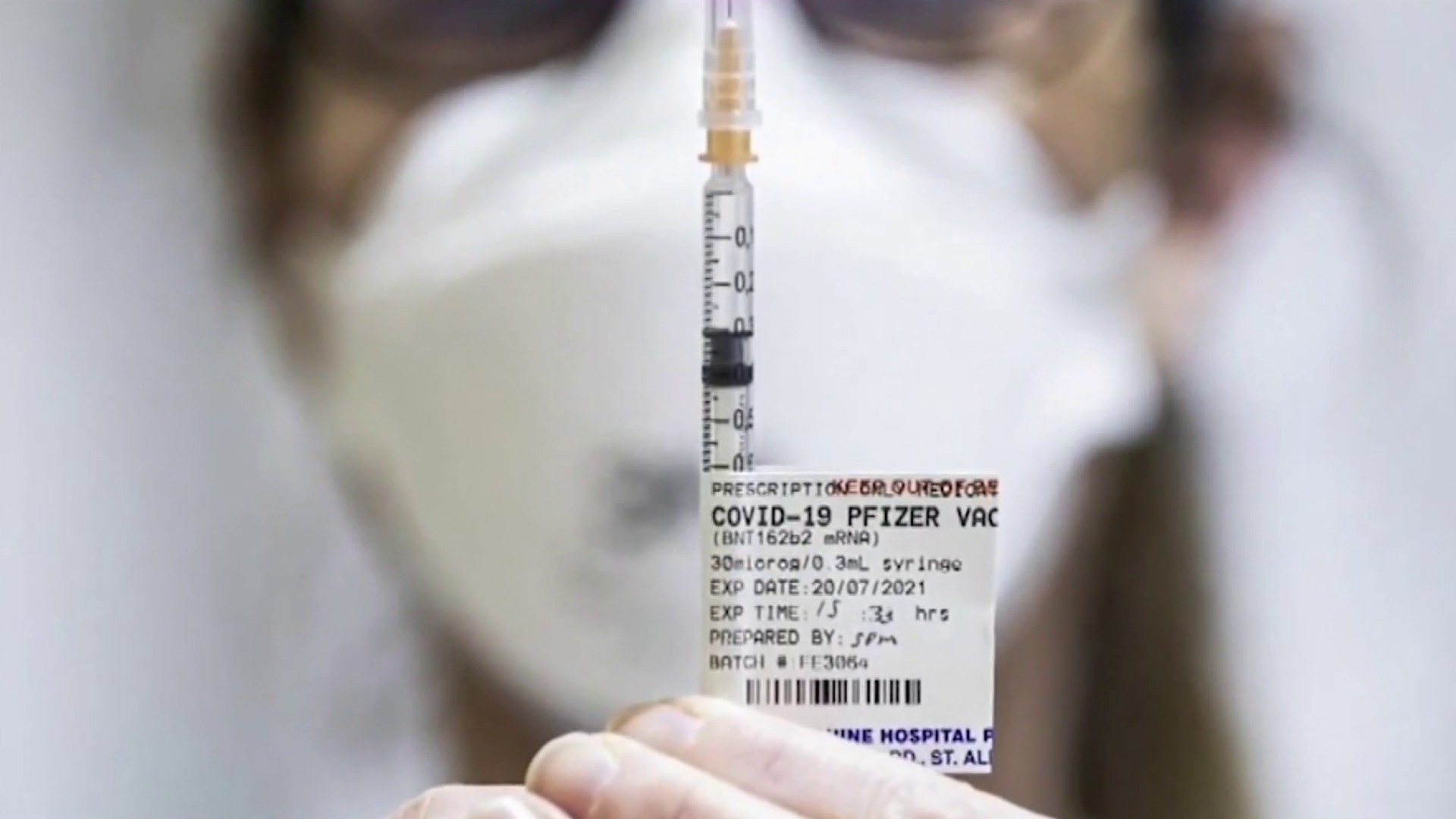 Via Twitter, Brown said she was told by Gen. Gustave F. Perna, who leads Operation Warp Speed, that states will not be receiving increased shipments of vaccine from the national stockpile next week “because there is no federal reserve of doses.”

As a result of what she called “a cruel joke,” Brown said the state will now postpone vaccination of senior citizens to Feb. 8, instead of Jan. 23, and initially limit it to people 80 and older.

Late Friday, Oregon health officials said a case of the variant had been diagnose in the Portland area in a patient who had no travel history.

Minnesota Gov. Tim Walz, a Democrat, said he was among several governors deceived by federal officials about availability of a strategic supply of doses.

“This one is so far beyond the pale to be almost unimaginable,” he said. “Who’s going to be prosecuted for this? What are the states to do when they’ve been lied to and made all their plans around this?”

Alena Yarmosky, a spokeswoman for Virginia Gov. Ralph Northam, said governors were “told explicitly” on Tuesday that they would be provided additional doses. Northam, a Democrat and a doctor, had moved quickly as a result to announce that the state would expand vaccine eligibility.

“What we’re seeing is fully in line with the dysfunction that has characterized the Trump administration’s entire response to COVID-19. President-elect (Joe) Biden cannot be sworn in fast enough,” she said.

Michael Pratt, a spokesman for the U.S. Department of Health and Human Services, said that states may have been confused in their expectations but that there has been no reduction in doses shipped to them.

Biden alluded to the tensions Friday and pledged to communicate better with states so they know how much vaccine will arrive and when.

“Right now we’re hearing that they can’t plan because they don’t know,” he said. “That stops when we’re in office.”

As of Friday, the government had distributed over 31 million doses to states, U.S. territories and major cities. About 12.3 million doses had been administered, according to online tracking by the Centers for Disease Control and Prevention.

There is no evidence that the new variant causes more severe illness or is transmitted differently, and mask wearing and other precautions still work, the CDC said. Scientists have also expressed confidence that the vaccines are still effective against it.

According to CDC, the variant has been detected in 12 states and diagnosed in only 76 reported cases. But it is probably more widespread in the U.S. than the numbers suggest, CDC scientists said.

The two COVID-19 vaccines approved for use in the U.S. -- made by Pfizer and Moderna – are designed to be given in two doses, three or four weeks apart.

For weeks, Operation Warp Speed had been holding large amounts of vaccine in reserve to ensure that those who got their first dose received their second one on time. The practice was a hedge against possible manufacturing delays. When HHS Secretary Alex Azar announced on Tuesday that he was ending the practice, it was interpreted as essentially doubling the expected supply.

But there was another huge change: He also urged states to open vaccinations to everyone over 65 and younger people with certain health problems, even though most hadn’t yet finished dispensing shots to all the health workers first in line.

The result was a scramble by state and local health authorities to figure out exactly how much vaccine they would receive in the coming weeks and how to ramp up shots for a public with higher expectations.

Pratt said doses that were being held in reserve to provide second shots were released last week. It’s unclear, however, if they all shipped prior to the Trump administration’s announcement early this week that states should open up vaccination to more people. He said states are getting the required second doses they need and the number of first doses is stable.

Pfizer said it is working around the clock to produce millions of doses a day, adding, “We foresee no issues in delivering on the commitments we have made” to supply Operation Warp Speed. Moderna didn’t immediately respond to questions about its supplies.

At Mary’s Woods, a retirement community in the suburbs of Portland, Oregon, residents expressed fear they will have to wait longer for their vaccinations. Several have COVID-19, and others are terrified it could spread to them soon.

“I’m pretty disappointed,” said 75-year-old Joan Burns. “We’re sequestered and it’s difficult to talk to anybody. I am as anxious as I’ve ever been, and I know it’s escalating. We’re just playing the odds right now, really.”

Elsewhere around the country, in hard-hit California, where 3,675 people have died from COVID-19 in the past week, officials are rushing to help overwhelmed county coroners. The Office of Emergency Services said it has secured 98 refrigerated trailers to serve as makeshift morgues.