Dating in Place: Looking for a Companion During the Time of Pandemic

After New York's shelter in place guidelines were in place, Zahid took a 90-minute train ride, a car service and bottle of tequila to see a man she had connected with on social media.

For Zahid, who is originally from Pakistan and has lived through martial law, the severity of the virus took a while to sink in. In one case, Zahid said, a blast took place only minutes from where she attended school.

“If you’re going through one crisis after another, nothing seems like a big deal anymore,” said Zahid, who asked that her full name be withheld to avoid harassment. “That's pretty much how I was treating the pandemic. It was a coping mechanism that develops when your life is uncertain.”

The COVID-19 pandemic's social distancing restrictions have triggered a boom in online dating.

The difference between the pandemic other crises Zahid experienced was this time she was alone.

“I certainly think that if I was with family, if I was living with friends or anything of that sort, I don't think I would have gone out seeking,” she said.

Before the crisis, Zahid was introduced to Ryan through a friend on social media. After several days of awkward exchanges on Instagram they met in person. They shared an evening in New York City at a dimly lit bar in Chinatown and after a beer and long make out session the two parted.

They met again the next month, thrown together by the need for companionship during a time of crisis.

The novel coronavirus has claimed over 264,000 deaths worldwide, as of Thursday. The United States had the most confirmed cases of the virus, more than 1.2 million. In the U.S., social distancing guidelines have called for people to stay six feet apart, limit group activity and non-essential businesses have closed their doors to help control the virus' spread.

Jimmy and Nancy take the Ask the Fallons Q&A to their retro Volkswagen bus as they answer questions about their personalities at their kids' ages, dating advice and more.

Now stay-at-home orders are being lifted in some states but remain in major cities like New York and elsewhere even as public health experts warn of a coming second wave of infections. Each state has released its own reopening guidelines.

The country has become creative in celebrating milestones, with drive-by parties and video chatting with large groups of friends. But that's still no substitute for human interactions in person.

Since the shelter-in-place orders went in place in mid-March, dating apps and websites have seen a boost.

Bumble experienced an 84% global increase of its video chat and voice call feature for the week of March 27 as well as 26% increase in messages sent, CNBC reported. The app has offered an in-call and video chat feature since 2019.

The Match Group, which owns several online dating services like Tinder, OkCupid and Hinge, also reported an increase in messaging. In a letter to shareholders, the company reported that as of April there was “increase in activity among users, especially under the age of 30, across all our brands and geographies.”

Apps like Hinge and Tinder were the first to adapt their dating services to meet the social distancing guidelines.

On April 7, Hinge announced a way to make dating accessible even during a time where closeness is not encouraged. The “Date From Home” feature allows the user to connect with a potential partner in a phone call or video call. With the feature both parties would have to approve of the other partner in order for people to connect.

“Date from home is designed to combat this widely-felt apprehension and provide an easy way to signal when they’re ready for a virtual date, so they can get off the app and enjoy getting to know each other in a safe way,” read the press release from the app.

When Zahid and Ryan reconnected through social media a second time, it was as a result of loneliness and a desire for physical affection, Zahid said. She missed her family in South Asia and her ex-boyfriend. She looked to Ryan as a comrade going through the same crisis and experience as her.

Zahid left his apartment unsatisfied from the experience.

“People who are seriously dating and wanting to find a relationship, that has always been a big focus, '' said Stacy Hubbard, a marriage and family therapist, and Gottman Institute Master Trainer and the creator of the Gottman for Singles program. “But with the added stay-at-home orders there is an added element of loneliness and wanting to find a partner to get through the tough times.” 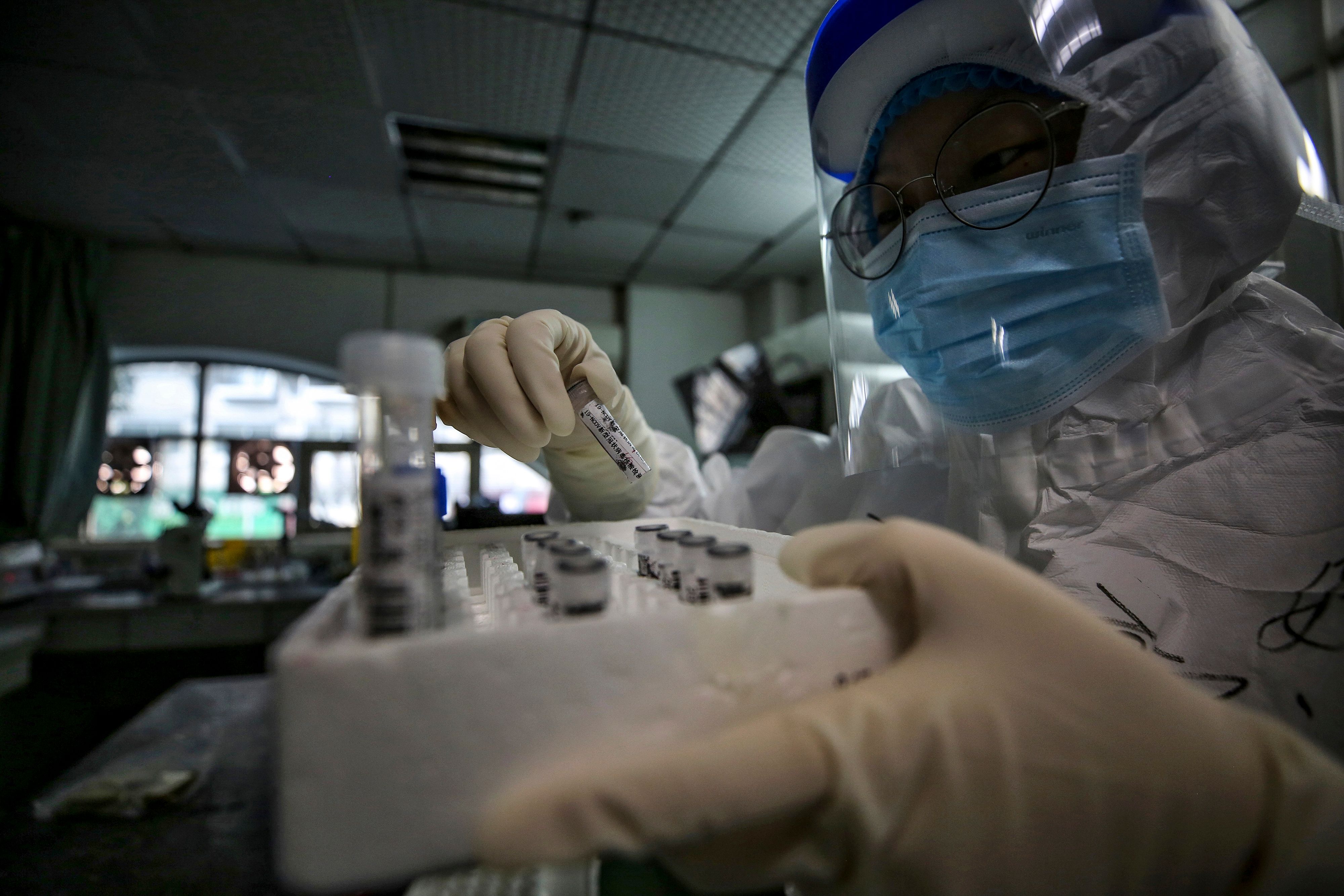 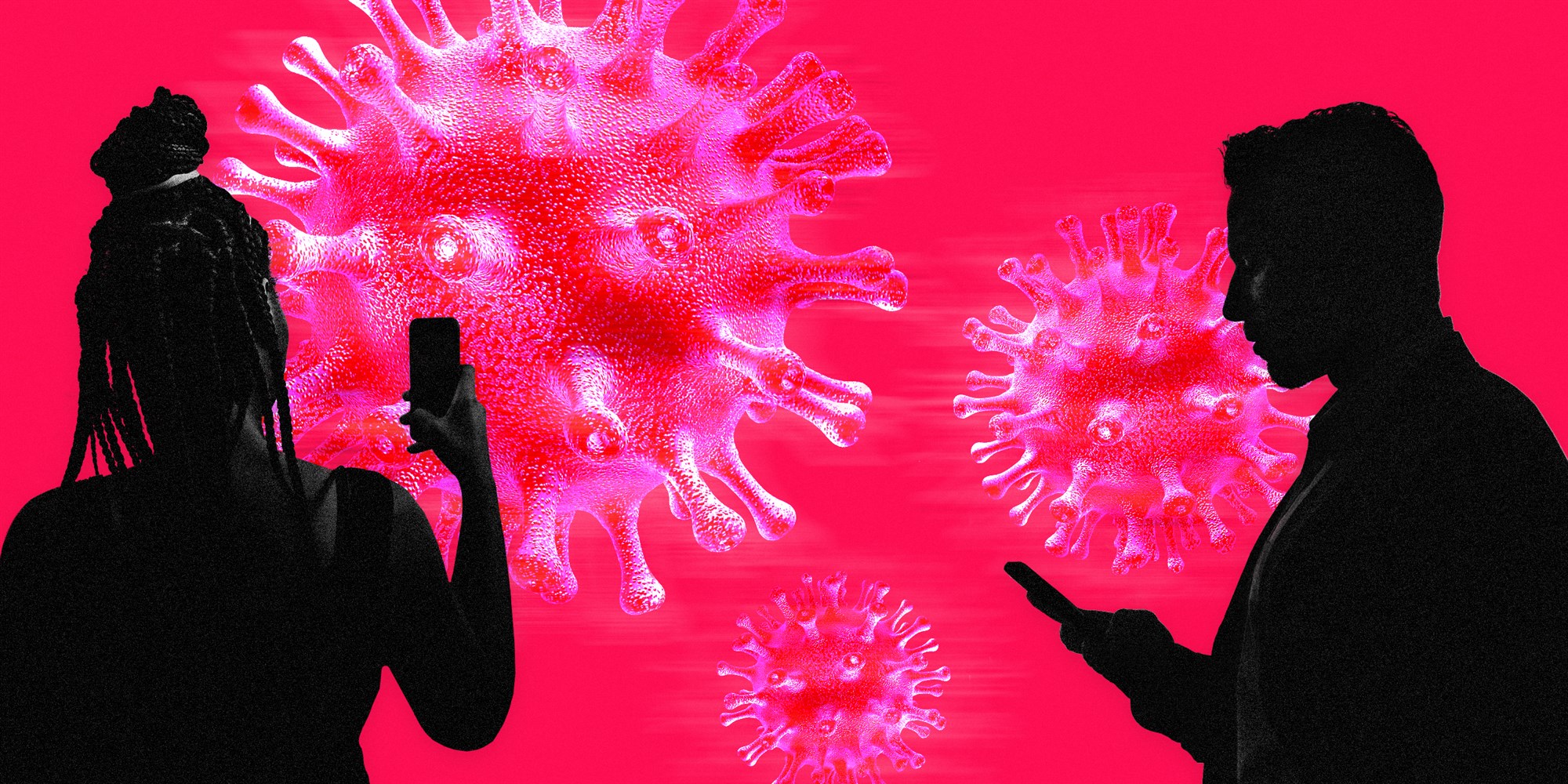 While Hubbard does not encourage the actions of Zahid and others who risk catching COVID or spreading the virus by dating in person during the pandemic, she attributes their actions as a “craving for touch and connection.”

"I would imagine it's that kind of pull or the draw for physical connection for social connection," Hubbard said. "We are social creatures -- we crave connection and attachment."

In a blog post on the Gottman Institute website, Hubbard urges those who are dating online during this time get curious and ask open-ended questions. An open-ended conversation can spark long conversations and interest, even as it lacks the chemistry of meeting face to face.

“That’s the hard part about this time, you feel like ‘Oh my God this person is so great we have so much in common’ and that’s awesome," Hubbard said. “But ultimately the clincher is meeting somebody in person and knowing how they smell and how their skin feels.”

Hubbard encourages taking things slow and continuing to get to know somebody even if there is a physical boundary.

Social media is filled with creative methods to make connections. Photographer Jeremy Cohen's Instagram story went viral after he flew his drone with his phone number to a woman dancing on a rooftop, Tori Cignarella, who accepted his number and a virtual dinner date on a rooftop. The video has over 1.5 million likes on Instagram.

After unsuccessfully trying to set up two friends, Jen Albanese, a comedian is playing matchmaker on Instagram with her series, “Is Jen Love.”

“I started matching friends, friends would sign up to be matched for a virtual date, a blind date and I would connect the call,” Albanese said. “I started posting about it on Instagram as a joke, then had a bunch of other people sign up.”

The comedian asked her potential matches to write a brief dating bio about themselves. She would introduce the pair and send conversation starters to keep the conversation flowing. Following the date, Albanese checks in with the couple and asks if they would like to continue to see each other.

“Everyone seemed to have a positive experience. I know one couple that decided on a second virtual date and then a few decided to go on a date after the quarantine is over," she said.

Since she started her Instagram series Albanese has a list of 40 people waiting to be matched and the only criteria is their sexual preference and if they know each other.

“People seem to like it overall, they've been saying they have a really fun time. And if it's not a romantic connection people have fun for an hour chatting with people,” Albanese said.