In the U.S., there are concerns that widespread protests over the death of George Floyd could cause new outbreaks in a nation where the virus has disproportionately affected racial minorities

Parisians returned to the City of Light’s beloved sidewalk cafes as the French government eased lockdown restrictions Tuesday, but across the ocean, health experts expressed deep concerns as several Latin American countries opted to reopen their economies despite a rapid rise in coronavirus cases.

The new post-lockdown freedom along Paris’ cobbled streets will be tempered by social distancing rules for the city's once-densely packed cafe tables. Paris City Hall has authorized opening outside seating areas only, with indoor seating off-limits until June 22. But the tiny tables will have to be spaced at least 1 meter apart, sharply cutting their numbers.

Municipal authorities were helping the situation by granting restaurateurs more space outside.

“It’s amazing that we’re finally opening up, but the outside area is just a fraction of the inside space,” said Xavier Denamur, the owner of five popular cafes and bistros.

"It’s a start,” he conceded, but “two in three outside tables had to be removed.”

But as Parisians reclaimed their rhythm of city life, health experts warned that virus cases are still rising in Latin America, the world’s latest COVID-19 epicenter.

“Clearly the situation in many South American countries is far from stable. There is a rapid increase in cases and those systems are coming under increasing pressure,” said Dr. Mike Ryan, the executive director of the World Health Organization’s emergencies program.

His warning came as some of Brazil’s hardest-hit cities, including the jungle city of Manaus and the sprawling metropolis of Rio de Janeiro, were starting to allow more business activity. Brazil has reported more than 526,000 infections, second only to the 1.8 million cases reported by the U.S.

Bolivia and Venezuela have also started opening up their economies, Ecuador has resumed flights and shoppers have returned to Colombia's malls.

In Mexico, President Andrés Manuel López Obrador offered a personal note of caution to his country's gradual roll-back of virus restrictions by opting to drive 1,000 miles instead of flying for a trip promoting a key infrastructure project.

Despite its public praise of China, the WHO was deeply frustrated with Chinese authorities for not immediately providing the world body with information it needed to fight the spread of the deadly virus, The Associated Press has found.

Tight controls on information and competition within China’s health services are believed to be why the country delayed releasing the genetic map, or genome, of the virus for more than a week after three different government labs had fully decoded the information. 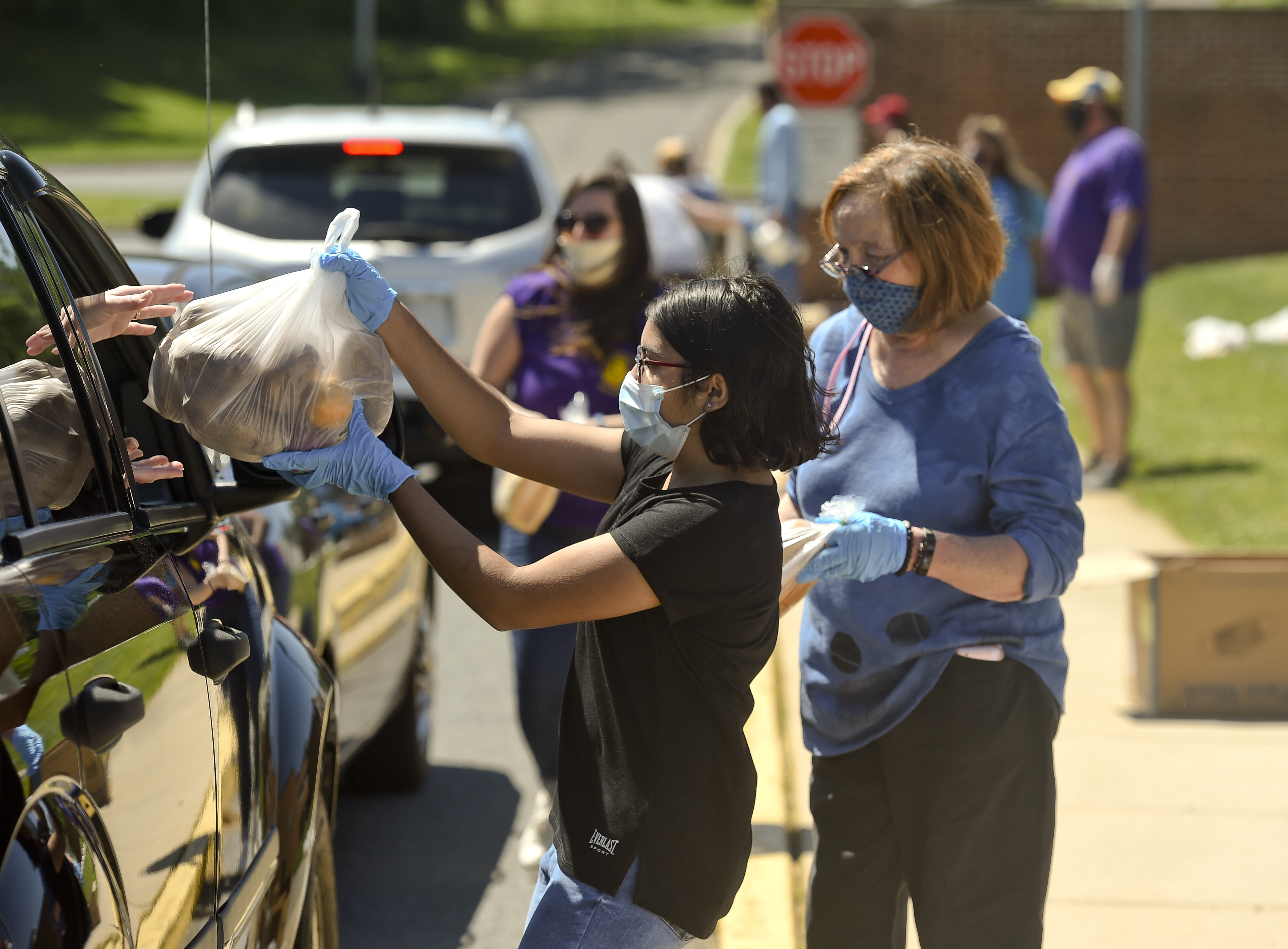 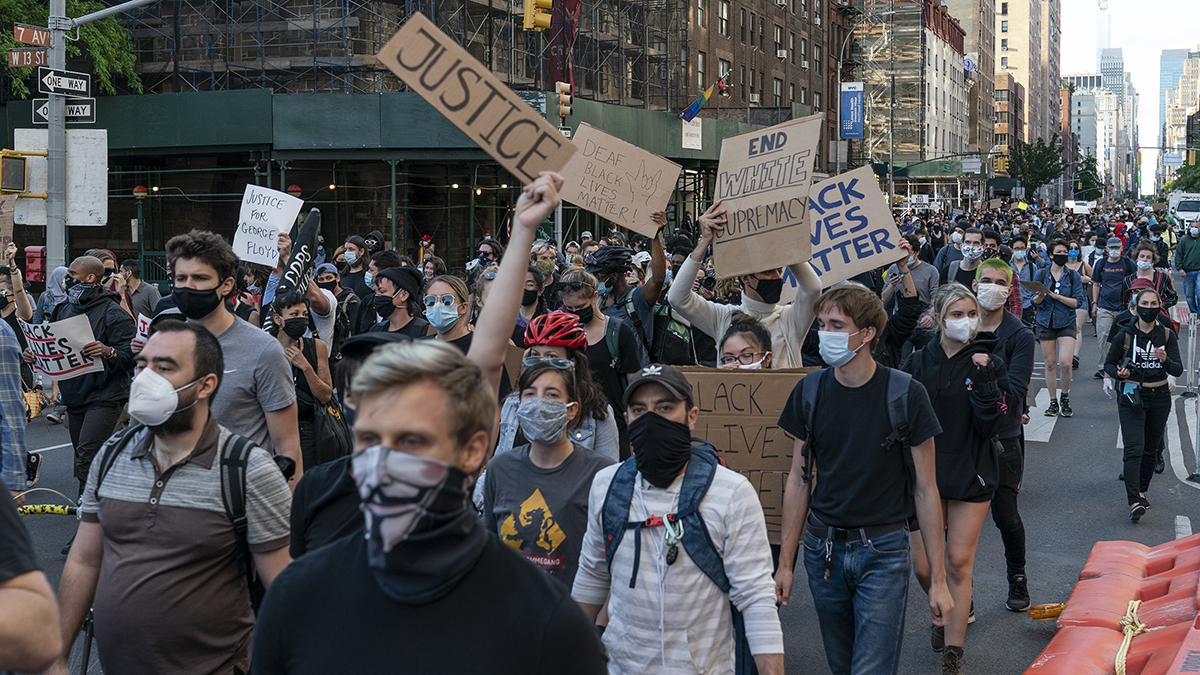 WHO officials publicly lauded China to coax more information out of the government, but privately complained in the first week of January that China wasn’t sharing enough data to assess how the virus spread between people or what the global risk was, costing valuable time.

Back in Europe, France on Tuesday put technology to work to check the spread of the virus by rolling out its StopCovid contact-tracing app as most neighboring countries including the U.K., Germans and Italy prepare to launch their own versions.

French users can voluntarily download the app on their smartphones. If they test positive, they'll will be able to send a notification to others that have been in close contact for at least 15 minutes.

But similar technology in Russia has been beset with issues. A flood of complaints has met the app designed to track Moscow’s quarantined coronavirus patients.

The app’s nearly 70,000 registered users were subject to fines if they left their home or if they failed to take a selfie when directed to do so to prove their location. Some people said the app asked for selfies in the middle of the night.

“I don’t mind paying a fine for something I did wrong, but I don’t understand what I’m paying for here,” said Grigory Sakharov who was handed six fines — two of which were given before he installed the app while he was in the hospital recovering from coronavirus-induced pneumonia.

Businesses are putting new safety measures in place to reopen while protecting their customers and staff from COVID-19. But those measures come at a price.

Russian authorities have handed out 54,000 fines and say they have only been issued to those who repeatedly violated quarantine regulations.

British lawmakers were returning to Parliament on Tuesday but some are sharply critical of the government's decision to scrap a remote-voting system used during the country's lockdown. They worry that an end to the country's unprecedented but brief experiment with virtual voting will turn those who must stay at home because of age, illness or family responsibilities into second-class lawmakers.

Britain's Conservative government says lawmakers should be setting an example by showing up in person as the country gets back to work. But critics argue that it’s too risky to return to Parliament.

“Asking people to travel from all corners of the U.K. to go to the global hot spot that is London ... is gambling with the virus,” said Scottish National Party lawmaker Angus MacNeil.

Singapore reopened 75% of its economy Tuesday, allowing financial firms and electronics factories to resume after a two-month closure with strict safety requirements. Schools will reopen in stages this month. But most shops, personal services, restaurants and social gatherings are still banned.

“It feels like it has come back to where it should be. Like you know, people start to see people again, and working again. It feels good,” said Firman Hanif, who works in a security firm.

France, Italy and Belgium announced on Wednesday they would ban the use of hydroxychloroquine to treat coronavirus patients after recent studies revealed serious safety issues with the anti-malaria drug.

In the U.S., health authorities were concerned that widespread protests over the death of George Floyd, a black man pinned at the neck by a white police officer, could cause new outbreaks in a nation where the pandemic has disproportionately affected racial minorities.

Additionally, the Senate has confirmed a new inspector general to oversee money distributed as part of the $2 trillion economic rescue law, putting at least one watchdog in place as oversight of the money has lagged.

The Senate confirmed Brian Miller, a lawyer in the White House counsel’s office, on a 51-40 vote Tuesday. Democrats voted against Miller after questioning his independence from President Donald Trump, who nominated him for the post.

Responding to those concerns, Miller told the Senate Banking Committee during his confirmation hearing last month that “independence is vital” for the special inspector general for pandemic recovery. He pledged to conduct audits and investigations “with fairness and impartiality.” The post would place him in charge of overseeing a roughly $500 billion Treasury fund for businesses and localities created as part of the economic rescue law approved in March.

And a new estimate by the Congressional Budget Office cautioned the damage to the world’s largest economy could amount to nearly $16 trillion over the next decade if Congress doesn’t work to mitigate the fallout. Some 41 million Americans have applied for unemployment benefits.

As of Monday, 1,700 contact tracers have been deployed from neighborhoods across New York City, with particular emphasis on those hardest hit by the virus, to manage, track, and recall contacts of confirmed COVID-positive cases.

New York City contact tracers hired to contain the spread of the coronavirus reached out to all of the roughly 600 people who tested positive for the virus citywide on Monday, the first day of the program, and succeeded in reaching more than half of them, officials said Tuesday.

The contact tracers are placing people infected with the virus in hotel rooms if they need to isolate themselves away from their families as well as reaching out to the close contacts of those who test positive for COVID-19.

Some 6.5 million people have been infected with the virus, which has killed over 375,000, according to a tally by Johns Hopkins University that experts believe is too low for several reasons. The United States has seen over 105,000 deaths and Europe has had nearly 175,000 die in the pandemic.

Hadjicostis reported from Nicosia, Cyprus. Reporters from around the world contributed to this report.