Following the COVID-19 outbreak, airlines including American, Delta, JetBlue and United are taking measures to help slow the spread of the novel coronavirus.

This article was originally published on March 2, 2020. It will be updated regularly as new information becomes available.

COVID-19, the disease caused by a member of the coronavirus family, is spreading rapidly around the world, and airlines are under extreme stress as the outbreak continues to reach new countries. The World Health Organization officially labeled the coronavirus outbreak a pandemic on March 11, and airlines are taking precautions to protect passengers from catching and spreading the disease.

The U.S. Centers for Disease Control and Prevention updated its country list for warning level 3 — its most severe advisory — and has named this a global travel crisis, advising that all nonessential international travel to any country should be avoided.

On March 19, the State Department raised the global travel advisory to level 4: Do not travel. According to the department's advisory, "U.S. citizens who live in the United States should arrange for immediate return to the United States, unless they are prepared to remain abroad for an indefinite period." 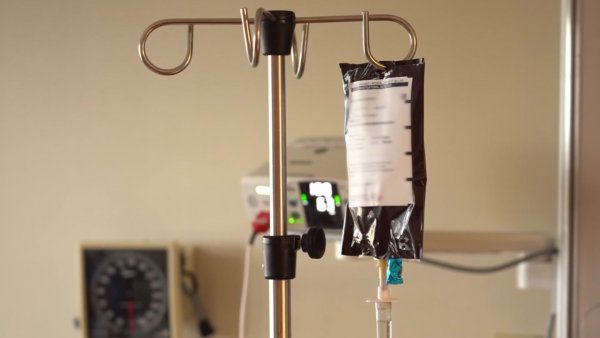 While airlines flying to Asian countries suffered the first wave of cancellations, carriers heading in and out of Europe and North America have followed close behind as the outbreak continues. With the evolving nature of the outbreak, some airlines have increased their flight cancellations, and have even begun waiving fees for those who previously booked flights to high-risk countries.

Below is a list of other airlines that have put various flight cancellations and fee-waiving policies into effect since the disease outbreak on Jan. 20, when the first confirmed cases occurred outside of mainland China, according to the World Health Organization.

As of March 10, Alaska Airlines has extended its waiver of change and cancellation fees for travel through April 30, with tickets purchased on/before Feb. 26, and for new tickets purchased between Feb. 27 and April 30. The offer applies to all fares, including saver fares. Tickets must be changed or canceled before the departure of your original flight, and fare differences may apply.

Alaskan will also halt all food and beverage service for flights under 250 miles, and for flights over 250 miles, it will only serve a limited selection of water, juices/ sodas and beers, and packaged snacks to replace meals. The website recommends bringing your own water bottle on the flight to #FillBeforeYouFly.

As of March 23, Alaska announced a list of regional advisories for flyers, including new restrictions, orders of quarantine and terminal changes. Be sure to check the website for more information.

Recently, American announced that they will allow any tickets purchased between March 1 through April 15 to be rescheduled or canceled, even if you can't call to get through to its reservations line during this time when it is receiving a high volume of calls. You only have to call when you are ready to rebook your flight, and American will waive the change fee.

As of March 23, American will waive flight-change fees prior to travel on any tickets purchased before March 1 for travel through May 31. This offer is available for any of the airline's nonrefundable published fares. The new ticket must be reissued on or before Dec. 31 or 12 months from the original ticket date, whichever is earlier. More details can be found here.

On March 12, the airline announced it will waive change fees for customers who purchased tickets on or before March 16 for travel to Europe through May 31. You can check the list of eligible European countries here, under the "Novel Coronavirus - Europe and the Middle East" tab.

On March 14, American announced it is reducing international capacity by 75% year over year from March 16 to May 6. It will continue to offer one flight daily from Dallas to London, from Miami to London and three flights per week from Dallas to Tokyo. The airline also anticipates domestic capacity will be reduced by 20% in April and by 30% in May compared to last year. More scheduling details can be found here, while information on government-imposed travel restrictions can be found here.

Effective March 16, American is changing its food service procedures in its lounges and aboard aircraft; that includes replacing buffet-style food with individually portioned, covered dishes. Passengers will also receive a new plastic or paper cup with every drink request. More details can be found here.

Delta is waiving fees for all domestic and international travel departing in March, April or May as well as for tickets purchased between March 1 and April 15.

Starting March 23, the airline will operate one daily flight between the following cities:

On March 13, the Atlanta-based airline announced it is reducing overall capacity in the next few months by 40%, the largest in its history. Delta is nearly eliminating flying to continental Europe for the next 30 days and parking up to 300 aircraft. It is also implementing a hiring freeze and offering voluntary leave options.

As of April 1, Frontier has extended its waiver policy so that customers can make a one-time, fee-free change for travel reservations made between March 10 and April 15, 2020, without any fare difference applying. There's also an option to change the origin and/or destination city, and new travel must be completed by Nov. 9. Those wanting to cancel their existing reservation will have the cancellation fee waived and will retain the value of the ticket to be applied toward the purchase of a future ticket within 90 days of cancellation.

For tickets issued before March 10 with original travel dates between March 10 and April 30, customers can make a one-time change to their itinerary without a change or cancellation fee; travel must be completed by Nov. 9. For more details, check here. Frontier told TODAY that they will continue to monitor and evaluate the situation. To make a change or cancellation, call 801-401-9000.

Over the weekend of March 7, TODAY learned that some Frontier call center personnel were incorrectly advising customers that the fee waiver was no longer available. "We have identified and clarified the guidance and continue to offer fee waivers," Jennifer de la Cruz, director of corporate communications at Frontier Airlines, told TODAY via email. "We sincerely apologize for any inconvenience or distress this may have caused our customers."

As of April 1, Hawaiian has updated its waiver policy so that guests who book any flights between March and May can make any changes without a fee within one year from when the ticket was originally purchased. Applicable fare differences will apply. As of April 1, the airline will also issue travel waivers for flights booked before March 9 for travel between March and May. Additional waivers can be found here.

Flights to this country have been suspended:

You can find out more on the company's website.

Following new travel rules from Australia and New Zealand requiring that everyone entering the country must self-isolate for 14 days, Hawaiian Airlines is offering a one-time change fee waiver for affected customers. More details can be found here.

Please note that as of March 26, there is a 14-day quarantine requirement for all passengers traveling to Hawaii.

Effective April 1, Hawaiian will only operate one daily flight between Honolulu and LAX, as well as an additional flight to San Francisco.

Hawaii is also under a stay-at-home order from March 25 through April 30.

As of March 24, JetBlue announced that it is waiving change and cancellation fees for people traveling through May 31. Customers can rebook their flights through Oct. 24, 2020.

On March 4, the airline announced it would cut its capacity by 5%.

Southwest Airlines website notes a number of "travel disruptions" it is experiencing; you can find a list of the destinations that are affected on the company's website. Most routes that have been disrupted are scheduled to resume May 4. Additionally, it is one of the only U.S. airlines that already doesn't charge flight rescheduling or cancellation fees, so you can reschedule or cancel any flight at any time for no cost.

As of March 10, Spirit Airlines has updated its policy to allow customers to make a one-time free change — fare differences apply — by calling customer service at 801-401-2222 or by texting 48763. You can also text via WhatsApp to 801-401-2222 with “Hello.” Additional travel advisories can be found here.

The Chicago-based airline will waive change fees for any bookings — domestic and international —  updated its policy to include waivers for all tickets issued on or before March 2 with original travel dates of March 3 through May 31. Customers can change their travel plans to a flight of equal or lesser value up to 12 months from the original ticket issue date or on/before Dec. 31, 2020, free of charge; fare differences may apply.

United's website was also updated to include guidelines regarding travel to and from European countries in light of the new travel ban. The company states that customers who are "U.S. citizens, lawful permanent residents or immediate family members of U.S. citizens will be subject to additional health screenings on arrival to the United States. The CDC also advises that travelers returning from these countries in Europe must stay home for 14 days and monitor their health after returning to the U.S."

Their website also states that the company will continue to fly its regular schedule from Europe to the United States through March 20. After that date, the company expects to "From March 20 through the end of April, we expect to fly three daily flights to London and have daily service to Amsterdam, Brussels, Dublin, Paris and Zurich. We’ll also maintain multiple flights to Frankfurt and Munich, along with four flights a week to Lisbon." You can read more about it on the company's website.

On March 4, United announced that it plans to cut international flights by 20% and domestic flights by 10% next month.

Not traveling by air? Amtrak is also suspending fees for canceling and changing trips made up until April 30, although there have yet to be coronavirus-related travel restrictions on the railway. "We will continue to monitor the coronavirus situation closely and adjust this policy as necessary,” Amtrak said in a statement.

Does travel insurance protect my trip for COVID-19 claims?

If you have a flight scheduled in the next few months and you’re thinking about canceling because of COVID-19, it’s important to not only check your travel insurance policy beforehand but also the date of purchase. Many insurance companies cite Jan. 21, the day COVID-19 became a named event, as the cutoff date for coverage related claims arising from the disease.

If you haven’t left for your trip and want to cancel, you could attempt to upgrade your travel insurance to a “cancel for any reason” option if the insurance company allows it; this lets you cancel your trip 48 hours before the scheduled departure time. Be aware that you may only be refunded about 50%-75% of your trip if you upgrade to this option.

This article first appeared on TODAY.com. More from TODAY: