Governments around the world are grappling with how to keep essential supplies flowing as their economies slow to keep the coronavirus from spreading.

Meanwhile, U.S. infections continued to rise, hitting 35,000 cases and more than 440 deaths. Worldwide, more than 350,000 people have been infected and 15,000 have died from the virus that first emerged in central China late last year. As cases in China ebbed, the dangers to Europe and the U.S. have grown exponentially

Here's the latest developments in the coronavirus crisis in the U.S.: 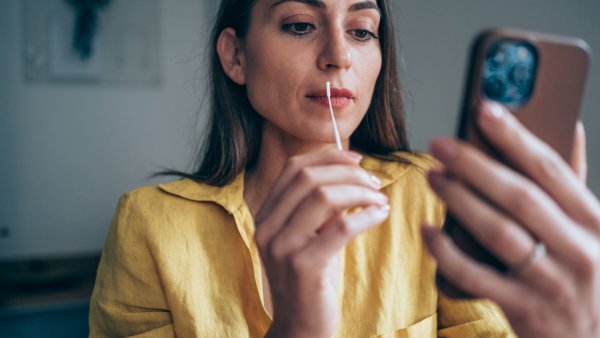 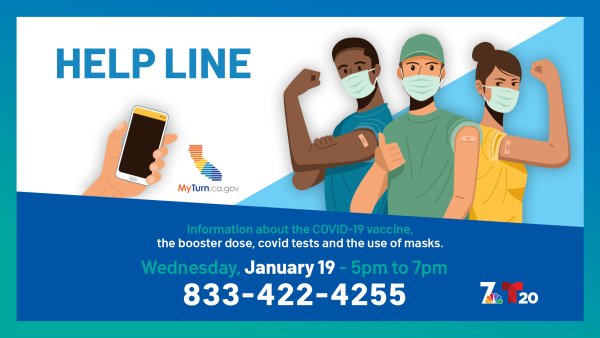 Trump spoke optimistically and said the federal government will reassess how to continue its response next week when guidelines established last week from the U.S. Centers for Disease Control and Prevention expire.

"We're not gonna let the cure be worse than the problem," Trump said referring to how the government response to the pandemic should not be more damaging than the pandemic itself, particularly over the economy.

The spreading of the virus "is not their fault," Trump said. Trump previously called the coronavirus pandemic as the "Chinese virus."

"America continues to mobilize every segment of our society," Trump said. "We will get through this challenge. The hardship will end. It will end soon."

Trump also said the federal Real ID requirement will be delayed. The original deadline was Oct. 1. Real IDs will be needed to get past TSA security at airports.

Attorney General William Barr was also at the briefing. He discussed the Department of Justice's efforts to combat hoarding on an "industrial scale" to "manipulate the market."

Special personnel have been appointed nationwide to bring to justice hoarders seeking to make a profit, Barr said, adding that ordinary Americans who have a lot of toilet paper need not worry.

U.S. State Department health official Deborah L. Birx admitted to having a low-grade fever this weekend, but used the incident to demonstrate the appropriate response individuals should take who think they may have symptoms related to coronavirus infection. Though her tests result for COVID-19 was negative, President Trump jokingly and briefly stepped away.

A senior State Department official says roughly 13,500 American citizens stranded abroad because of the coronavirus pandemic are seeking help in returning to the United States.

The official said Monday that thousands more Americans are expected to return on department arranged flights in the coming weeks, about 1,500 of whom are booked on flights over the next several days. The official said the repatriations are being done with a combination of military flights, chartered passenger planes and commercial airlines where airports are still open. The official said the Department of Homeland Security has also offered to bring Americans home on planes that it uses to return deportees to mainly Central American nations.

The official urges Americans abroad seeking help to enroll in the department’s Smart Traveler Enrollment Program, or STEP, at https://step.state.gov/ to get alerts from embassies. The department has also set up call lines for Americans needing assistance: 888-407-4747 (toll free) or (202) 501-4444.

The chaos surrounding the coronavirus has rolled into grocery stores across the country, with customers hoarding more than just toilet paper. Shelves are largely bare as people frantically fill their fridges and freezers. Experts warn it's completely unnecessary.

Zillow Group announced Monday it will postpone home buying in the 24 markets where it operates after several states and counties implemented emergency orders requiring residents to stay home in an effort to contain the coronavirus outbreak.

U.S. home sales jumped 6.5% in February, their highest level in 13 years. But that was for contracts that were signed in December and January, with closings in February. The first report of a coronavirus infection in the U.S. occurred on Jan. 21 and economists are expecting a vast slowdown in the next report with sellers closing their homes to potential buyers.

The commercial real estate market is at risk of collapse, cautions the founder of Colony Capital, as mortgage loans experience growing pressure. Thomas Barrack said in a blog post that liquidity has dried up as businesses get hit with a temporary cash flow deficit and a rapid decline in revenue. "The market for commercial real estate mortgage loans in the United States stands on the brink of collapse," Barrack wrote.

Gov. Gretchen Whitmer on Monday told Michigan residents to stay at home, in her most sweeping order of the coronavirus crisis, warning that a million people could need hospital beds if they keep mixing with each other and spreading the illness.

“This disease can’t spread person to person if we’re not out there. … Too many people are still out and about unnecessarily, so we must do more,” Whitmer said.

The order, which takes effect at 12:01 a.m. Tuesday, will prohibit employers from requiring workers to leave their homes unless necessary to protect life or conduct minimum basic operations. It also bars all gatherings of any number outside a single household.

Exceptions are allowed for workers in essential industries or to go outside for groceries and medicine. Holcomb order mirrors those in adjacent states and runs until April 6 but could be extended if needed. Holcomb said that the next two weeks “are critical if we are to slow the spread of COVID-19."

The American Heart Association provided some tips to stay healthy while social distancing at home during the coronavirus pandemic.

After another tense day on Capitol Hill, the Senate adjourned Monday night without passing a nearly $2 trillion stimulus plan meant to aid the United States during the coronavirus pandemic.

Senate Majority Leader Mitch McMconnell blasted Democrats for holding up massive economic rescue plan over what he calls a "wish list" of "unrelated issues," including tax credits for solar panels and reducing carbon emissions for the airlines.

"Democrats won’t let us fund hospitals or save small businesses unless they get to dust off the green New Deal," said McConnell, R-Ky., on the Senate floor Monday.

Democrats derailed the largely Republican-led effort Sunday night, arguing it was tilted toward corporations and did too little to help workers and health care providers. Senate Minority Leader Chuck Schumer fired back at McConnell over the bill's failure to put restraints on a proposed $500 billion “slush fund” for corporations.

"Every time we hear the Majority Leader come out, it's a partisan screed," Schumer said following McConnell's remarks. "While I'm in my office with the president's secretary of treasury, the president's congressional liaison, getting things done."

Both sides of the aisle said late Monday night they believe a stimulus bill will be passed on Tuesday.

Sen. Amy Klobuchar announced Monday her husband has the coronavirus and is in the hospital. The former Democratic presidential hopeful wrote in a blog post her husband, John Blessler, initially thought he had a cold and self-isolated. Klobuchar said his condition worsened and Blessler went to the hospital to get tested after coughing up blood. She said he now has pneumonia and is on oxygen but not a ventilator.

"While this is his story and not mine, I wanted to let my colleagues and constituents know that since John and I have been in different places for the last two weeks and I am outside the 14-day period for getting sick, my doctor has advised me to not get a test," Klobuchar wrote. "As everyone is aware, there are test shortages for people who need them everywhere and I don’t qualify to get one under any standard."

She said not being able to be by his said is "one of the hardest things about this disease."

The Federal Reserve announced Monday it will buy as much government debt as it deems necessary and will also begin lending to small and large businesses and local governments to help them weather the crisis.

The Fed's decision lifts any dollar limits from its plans to support the flow of credit through an economy that has been ravaged by the viral outbreak. The central bank's all-out effort has now gone beyond even the extraordinary drive it made to rescue the economy from the 2008 financial crisis.

“Our nation’s first priority is to care for those afflicted and to limit the further spread of the virus," the Fed said in a statement. "While great uncertainty remains, it has become clear that our economy will face severe disruptions. Aggressive efforts must be taken across the public and private sectors to limit the losses to jobs and incomes and to promote a swift recovery once the disruptions abate.”

David Shulman, senior economist with the UCLA Andersen Forecast, explains how tax deferments are just the start of measures the federal government will need to keep the U.S. economy from slipping into a much worse situation.

US Surgeon General on Outbreak: 'It's Going to Get Bad'

U.S. Surgeon General Dr. Jerome Adams warned Monday that the coronavirus outbreak will continue to worsen because too many people are not abiding by guidance to stay at home and practice social distancing.

“I want America to understand this week, it's going to get bad,” Adams said in an interview on the “TODAY” show.

Adams told "TODAY" co-host Savannah Gutherie that “we need to come together as a nation” to fight the coronavirus outbreak but “a lot of people think this can’t happen to them.”

Asked about growing pressure for President Donald Trump to use the Defense Production Act to force companies to ramp up production of critical supplies, Adams said it wasn't necessary at this time because many have stepped up on their own and are producing at full capacity.

"You you don't need to compel people to do what they are already doing," he said.

The World Health Organization reported over the weekend that there has been an increase in criminals disguising themselves as WHO workers in order to steal money or personal identity information from people.

The WHO said it’s only fundraising for the COVID-19 Solidarity Response Fund. "Any other appeal for funding or donations that appears to be from WHO is a scam," the organization said. For more information on the scams, click here.

The latest economic rescue package being negotiated in Washington is now nearly $2 trillion. But the Senate has yet to agree on the parameters of the package, voting against advancing the measure to a full vote. Talks wrapped up late at night on Capitol Hill with the goal a new vote on Monday.

Democrats say the draft package is insufficient in the face of economic havoc from the coronavirus, arguing that it is tilted toward corporations and does too little to help workers and health care providers. President Donald Trump weighed in earlier in the day, saying “it's not very complicated” and that workers must be helped and companies saved.