Jair Bolsonaro says he's using the anti-malaria drug, which has not been proven effective against COVID-19

Brazilian President Jair Bolsonaro says he is confident that he will swiftly recover from the new coronavirus thanks to treatment with hydroxychloroquine, the anti-malaria drug that has not been proven effective against COVID-19.

Bolsonaro said he tested positive for the new coronavirus on Tuesday after months of downplaying its severity while deaths mounted rapidly inside the country.

The president told reporters he underwent a lung X-ray on Monday after experiencing fever, muscle aches and malaise. As of Tuesday, his fever had subsided, he said, and he attributed the improvement to hydroxychloroquine.

He stepped back from the journalists and removed his mask at one point to show that he looked well.

A new study out of the University of Minnesota suggests that anti-malarial drug hydroxychloroquine has no effect on preventing patients from contracting the novel coronavirus.

The 65-year-old right-wing populist who has been known to mingle in crowds without covering his face confirmed the results while wearing a mask and speaking to reporters huddled close in front of him in the capital, Brasilia.

“I'm, well, normal. I even want to take a walk around here, but I can't due to medical recommendations,” Bolsonaro said.

Later Tuesday, he posted a video to Facebook of him taking his third dose of hydroxychloroquine, which has also been promoted by President Donald Trump..

“Today I’m a lot better, so certainly it’s working,” Bolsonaro said, downing the dose with a glass of water. “We know today there are other remedies that can help fight the coronavirus. We know none of them have their efficacy scientifically proven, but I’m one more person for whom this is working. So I trust hydroxychloroquine. And you?”

Brazil, the world's sixth-biggest nation, with more than 210 million people, is one of the outbreak's most lethal hot spots. More than 65,000 Brazilians have died from COVID-19, and over 1.5 million have been infected.

Both numbers are the world’s second-highest totals, behind those of the U.S., though the true figures are believed to be higher because of a lack of widespread testing. On Tuesday alone, 1,254 deaths were confirmed. 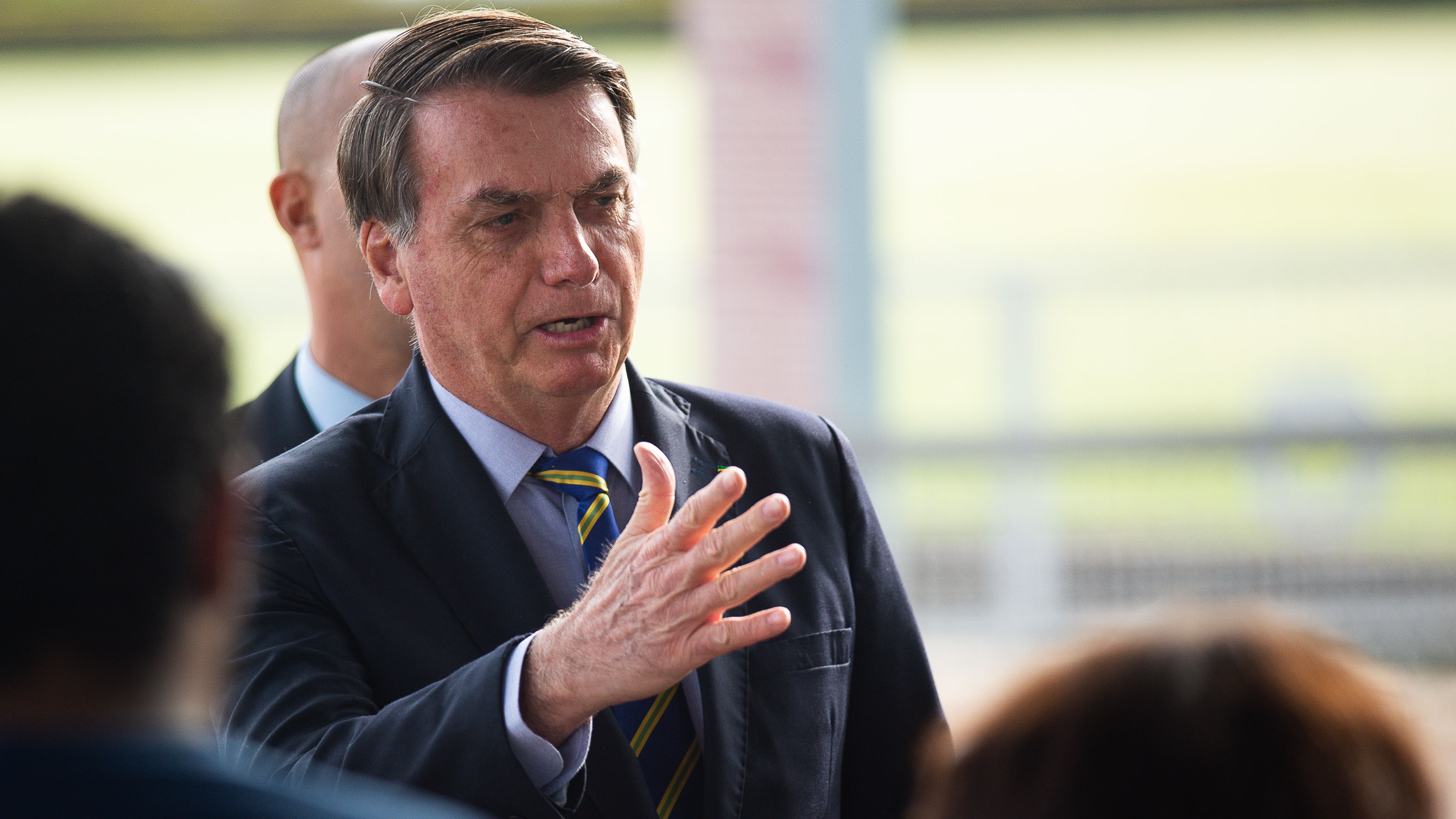 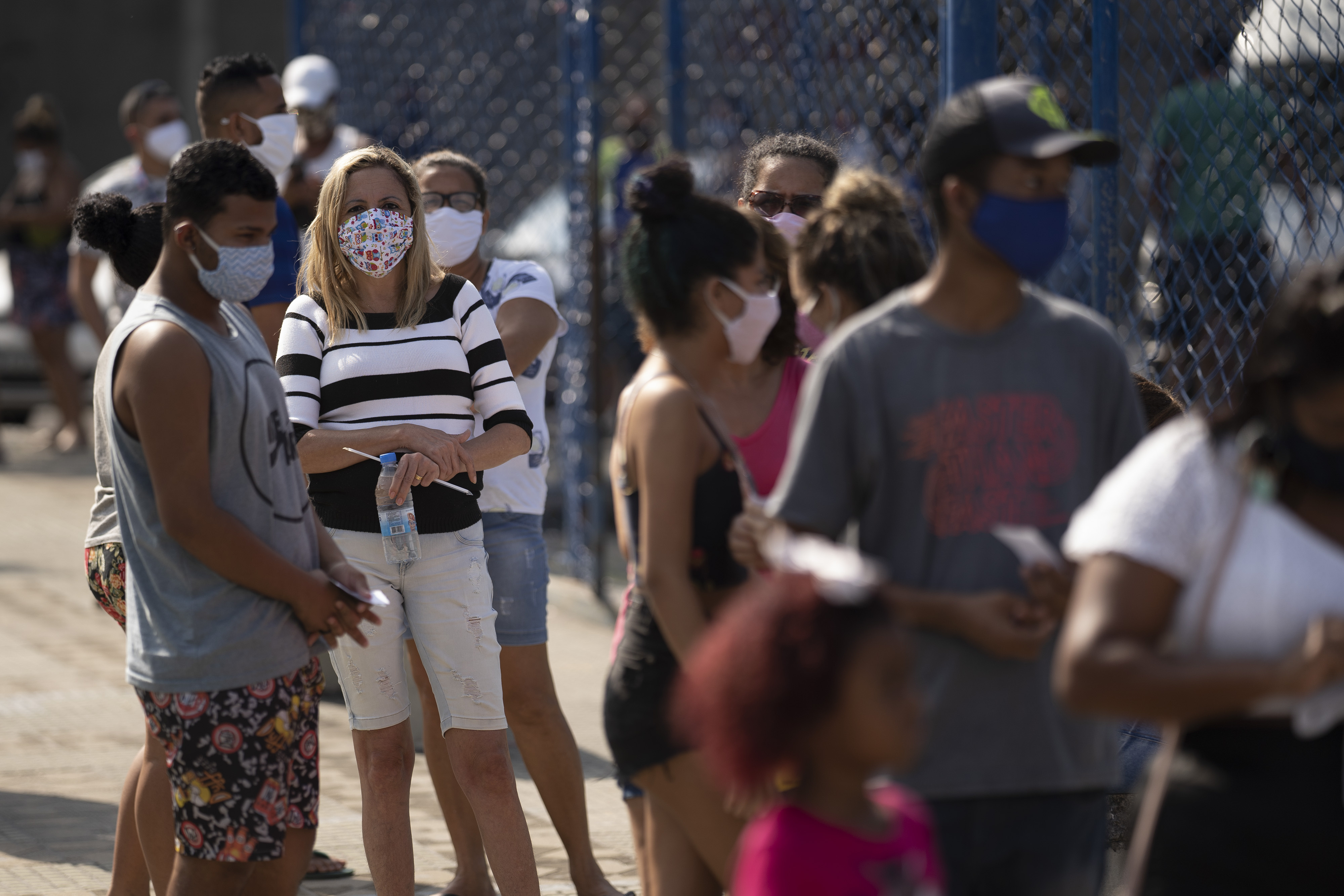 Sao Paulo Cemeteries to Dig Up Graves for Coronavirus Space

Bolsonaro is “the democratic leader who has most denied the seriousness of this pandemic,” said Maurício Santoro, a political science professor at the State University of Rio de Janeiro. "Him getting infected is a blow to his credibility. It will be seen as another example of the failure of his coronavirus response.”

Bolsonaro has often appeared in public to shake hands with supporters and mingle with crowds, at times without a mask. He has said that his history as an athlete would protect him from the virus and that it would be nothing more than a “little flu” if he were to contract it.

He has also repeatedly said that there is no way to prevent 70% of the population falling ill with COVID-19 and that local authorities' efforts to shut down economic activity would ultimately cause more hardship than allowing the virus to run its course.

For nearly two months, Brazil’s fight against COVID-19 has been in the hands of an interim health minister with no health experience before April. He took over after his predecessor, a doctor and health care consultant, quit in protest over Bolsonaro’s support for hydroxychloroquine.

Brazilian cities and states last month began lifting restrictions that had been imposed to control the spread of the virus, as deaths began to decline along with the caseload in intensive care units.

France, Italy and Belgium announced on Wednesday they would ban the use of hydroxychloroquine to treat coronavirus patients after recent studies revealed serious safety issues with the anti-malaria drug.

Bolsonaro supporter Silas Ribeiro said on the streets of Rio that the president is correct in saying the dangers of the virus have been exaggerated.

“Our president is a popular man. He is showing that he isn’t afraid to die,” said Ribeiro, 59. “He is going to have health and get through this sickness.”

Speaking near recently reopened shops in Rio, Wesley Morielo said he hopes Bolsonaro's sickness prompts him to reassess his stance.

"I think everything he said before, of not giving importance to COVID-19, came back against him,″ said Morielo, a 24-year-old student.

The World Health Organization’s emergencies chief, Dr. Michael Ryan, wished Bolsonaro a speedy recovery and said his infection “brings home the reality of this virus" by showing that it doesn't distinguish between “prince or pauper.”

Bolsonaro has repeatedly visited the hospital since taking office, requiring several operations to repair his intestines after he was stabbed on the campaign trail in 2018.

He said he canceled a trip this week to Brazil's northeast region and will continue working via videoconference and receive rare visitors when he needs to sign a document.

Unlike Britain's prime minister, who moderated his rhetoric after testing positive for the virus, Bolsonaro will probably not change his stance, said Leandro Consentino, a political science professor at Insper, a university in Sao Paulo.

“He's going down a path of trying to indicate to his base of support that COVID-19 is just a little flu and take advantage of the illness to advertise for chloroquine,” Consentino said.

Over the weekend, the Brazilian leader celebrated American Independence Day with the U.S. ambassador to Brazil, then shared pictures on social media showing him in close quarters with the diplomat, several ministers and aides. None wore masks.

The U.S. Embassy said on Twitter that Ambassador Todd Chapman is not showing any symptoms but would be tested.

Bolsonaro tested negative three times in March after meeting with Trump in Florida. Members of his delegation to the U.S. later reported becoming infected.