President Joe Biden is also set to travel to California next week on Newsom's behalf.

Harris arrived in San Leandro to a rally aimed at showing support for Gov. Newsom and take shots at Republican frontrunner Larry Elder.

The rally drew several supporters and demonstrators from conservatives who want to push Newsom out to members of the Afghan American community who demand more action to help refugees.

"Our governor, our vice president they’re staying silent on this cause," said Willy Moosayar from Tracy "It’s a humanitarian global crisis going on!."

Among other topics touched on by demonstrators were taxes and homelessness.

Vice President Harris acknowledged it felt "good to be home."

Harris was set to campaign with Newsom in late August on her way back to the U.S. after a week of events and appearances in Singapore and Vietnam. But she postponed the California stop and returned to Washington because of events in Afghanistan as the U.S. raced to evacuate Americans, allies and vulnerable Afghans before an Aug. 31 deadline.

John Cox, one of the candidates running in the upcoming California gubernatorial recall election, continued campaigning Wednesday with a stop in San Francisco.

The former Senator of California made her case to voters by explaining what’s at stake nationwide if Democrats sit out next Tuesday. Harris signaled out Texas and Georgia, and denounced the Republican-led efforts to curtain voting and abortion rights.

"They think if they can win in California, they can do this anywhere," she said.

"Larry Elder wants to walk us on that same COVID cliff as Texas and Florida," he said.

The governor brought up Elder’s indifference to climate change and his previous comments on women.

"He doesn’t believe there is a glass ceiling. Tell that to Kamala Harris who did shatter the glass ceiling," Newsom said.

But no matter how much Newsom tried to vilify Elder, Vanderhave’s mind is already made up.

"Larry Elder I think he will do something. He’s very strong," she said.

President Joe Biden supports Newsom, a fellow Democrat and first-term governor. The White House said late last month that Biden would travel to California on Newsom’s behalf. The trip is expected to take place next week.

Californians launched the recall attempt against Newsom mostly because of pandemic-induced anger over his stay-at-home orders, job losses from business closures and shuttered schools.

Newsom is also facing fallout from a multibillion-dollar fraud scandal at the state unemployment agency while weathering a public shaming for not wearing a mask as he dined with friends and lobbyists at an exclusive restaurant last fall although he had been telling residents to stay home for their safety. 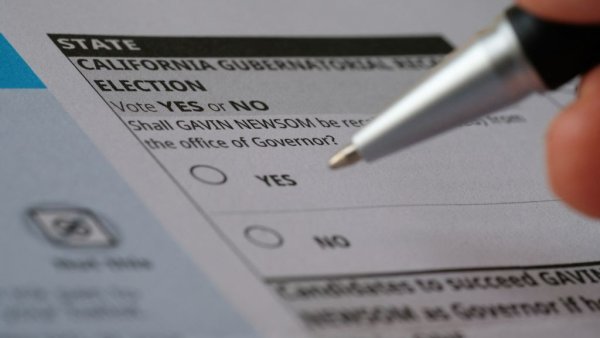 Newsom Recall: Both Sides Step Up Efforts With Election 1 Week Away 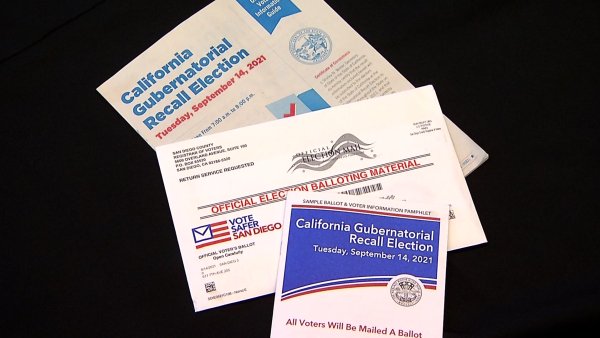