The audit found the agency paid at least $810 million to prison inmates, more than double the amount previously thought. It cited “significant missteps and inaction" that led to at least $10.4 billion in fraudulent claims

In the face of a new scathing audit about California's failure to prevent billions in unemployment insurance fraud, Gov. Gavin Newsom's administration is putting blame on the federal government and declining to share details about how often he was briefed on the problems.

State Auditor Elaine Howle found Thursday the state agency that oversees unemployment benefits paid out at least $10.4 billion in fraudulent claims due to “significant missteps and inaction." At one point, just two people were assigned to look into reports of 1,000 fraudulent claims per day. The audit found the agency paid at least $810 million to prison inmates, more than double the amount previously thought.

It's just the latest examination of the agency's struggles as it rushed to pay claims to millions of Californians who lost their jobs amid coronavirus-related business closures. And it's another political headache for Newsom, the first-term Democratic governor already under pressure over the state's confusing shutdown orders and chaotic vaccine rollout. He didn't comment on the audit's findings Thursday. 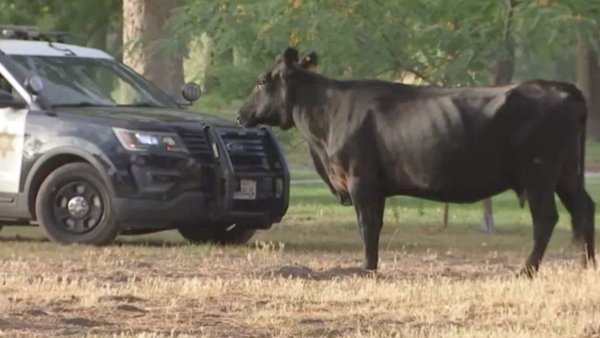 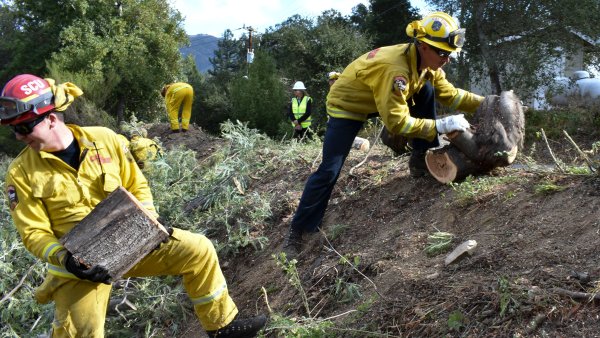 Several Democratic lawmakers and a former gubernatorial chief of staff say its unfair to blame Newsom for the Employment Development Department's problems, and that the focus should be on fixing the department. But Republicans and at least one outside expert say fraud could have been halted sooner.

NBC 7's Rory Devine explains how the discovery of the fraud is the latest in a string of issues for the EDD.

Newsom spokeswoman Erin Mellon said the new federal unemployment program created last year was the source of most of the fraud, with the Trump administration giving states little assistance to combat it. She pointed to actions Newsom has taken like creating a strike force in August to evaluate the agency and, more recently, a fraud task force. But she declined to directly answer questions about whether the governor was aware of identity theft issues, how often he met with the unemployment department's leadership in 2020 and who in his office was responsible for communicating with the department about problems.

The audit found the federal government warned the state at least three times in the early months of the pandemic to beef up its fraud protections. In May, the U.S. Department of Labor’s Office of the Inspector General warned California its surge of 2.9 million claims in March and April were likely tainted by at least $1.2 billion in fraud.

Still, the auditor found the state “continues to pay claims despite having evidence that they are very likely fraudulent.”

The Employment Development Department is under new leadership after the director retired in December. No department leaders were fired over the fraud.

The federal loan program was meant to save jobs amid the coronavirus pandemic. NB 7 Responds follows the money.

“If California was a bank they wouldn’t be able to be in business anymore. The regulators would shut them down because they’re just not following normal business practices," said Haywood Talcove, the chief executive officer of LexisNexis's Risk Solutions Government division, an identity verification and fraud detection service that works with banks and some state governments. He said the state could have put in place protections without revamping its entire system.

But Susan Kennedy, who served as chief of staff to former Republican Gov. Arnold Schwarzenegger and in the administration of Democratic Gov. Gray Davis, said the state's outdated systems have plagued the the unemployment agency for decades. Faced with millions of Californians suddenly out of work and in need of benefits, state officials had little choice but to get benefits out as quickly as possible, even if fraud slipped in, she said.

“There is no magic wand for a state this large with this much volume with an antiquated computer system," she said. “The only thing you can do is cut through the bureaucracy."

Republicans, who hold the minority in the state Legislature, said Newsom bears the responsibility for the agency's failures. Assemblyman Jim Patterson said his Democratic colleagues might not hold Newsom accountable.

“You get very close to politically covering up the responsibility of the governor,” he said.

Democratic Assemblyman Rudy Salas, who chairs the Joint Legislative Audit Committee, said Newsom needs to “fully engage and immerse himself in fixing the problems at EDD."

“I think it's something that Californians are demanding and they're demanding it now because they're hurting," he said. He said Newsom took a good first step by creating the strike team last summer.

Assemblyman David Chiu, a San Francisco Democrat who has been highly critical of the department, said it's possible agency officials weren't being truthful with the administration, though he hadn't spoken directly to Newsom about the audit.

The audit found that the department had played a “significant role" in directing Bank of America, which handles unemployment debit cards, to freeze 344,000 accounts in September, many belonging to legitimate claimants. But the department had earlier told lawmakers that the bank had made the decision to freeze the accounts.

“Legislators have been given completely misleading, deceptive information," Chiu said. “I suspect that that might also be true for the governor's office."