Police Dog Recovers After Being Shot in Line of Duty

K-9 Bruno was shot in the mouth after finding a probationer hiding in a dumpster, and the bullet stopped just one inch from the dog's heart, police say

An Anaheim police K-9 underwent a successful surgery Thursday night after being struck by a bullet during a confrontation with a gunman, who was later shot and killed by police.

The incident began when probation officers were conducting a search in the 1120 block of Mayfair Avenue about 2 p.m., according to the Anaheim Police Department.

The probationer and two other men ran into an alley when they saw police, officials said. One of the men fired shots at an officer who followed them into the alley, but the officer was not hit.

The gunmen ran away, and police called a SWAT team and K-9 unit for help.

During a neighborhood search, a K-9 named Bruno found one of the men hiding in a dumpster, police said

The man then shot 7-year-old Bruno in the mouth, prompting officers to return fire, police said. 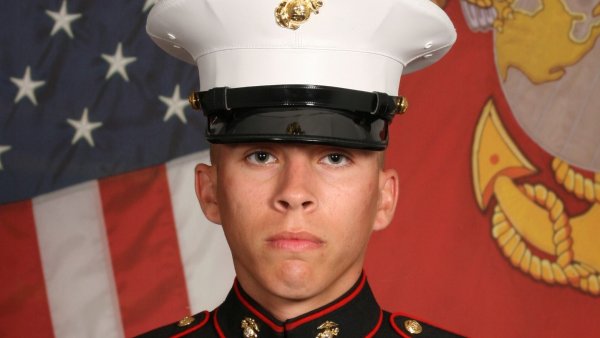 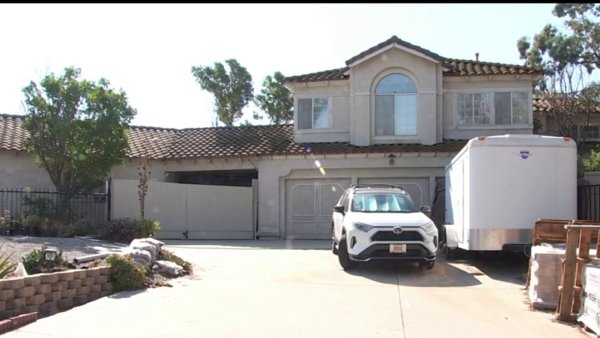 The gunman died at the scene. Police took one man into custody but were still searching for the third.

Bruno was undergoing emergency surgery at a veterinary hospital Thursday evening. The bullet entered through his face and was lodged in his chest, just one inch away from his heart, police said.

The gunshot wound forced doctors to remove part of Bruno's lung, but he is expected to survive and was due to complete surgery Thursday night.

Photos on the Friends of the Anaheim Police K9 Association Facebook page show Bruno sitting happily in an Anaheim police cruiser (shown at right), and dressed in a shirt and tie with his handler.

"Great dog, loves kids, loves to be petted," Schmidt said. "We were very thankful to have him."

Support flooded in for the pup as he underwent surgery.

"Speedy recovery for Bruno!!! I know he's going to get lots of love!" an NBC4 viewer tweeted.

"Get better soon, Bruno! We all wish you a speedy recovery!" another viewer said.

"All the best thoughts go out to this brave officer and his human partners!" another tweet read.

The Anaheim Police Department tweeted photos of Bruno sleeping after his surgery was complete (shown at left).

His handler, Anaheim Police Officer RJ Young, stayed by Bruno's operating room for his entire near-four-hour surgery, and he said he's relieved to know Bruno will be all right.

The sable German shepherd has spent six years on the force and is the most senior of the Anaheim police dogs.

He is expected to remain at the veterinarian for six weeks, with medical bills in the thousands. Anyone who wants to donate to Bruno's medical care can visit the Friends of the Anaheim Police K9 Association Facebook donation page.