'I believe that one act of kindness can spark another'

Cameron Yee, 21, has been through so many ups and downs in her relatively short life, it's no wonder she finds peace these days in something as solid and as steady ... as rocks.

It is a journey that began five years ago in a doctor's office. 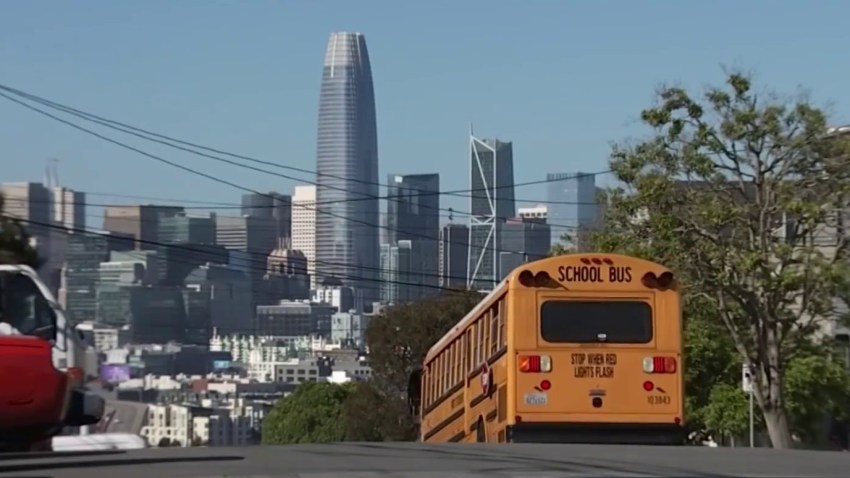 San Francisco Board of Education Votes to Rename 44 Schools

"I remember the day I was first diagnosed," Cameron said. "Overwhelming."

As a senior in high school, Cameron was told she had stage III rhabdomyosarcoma, a rare cancer that shows up in the body's soft tissues. It is a cancer that Cameron has defeated, only to see it return again.

"The question that posed in my head was, 'Why me?'" Cameron said. "As cheesy as that sounds, I think that's what most people go through."

It was in the middle of dealing with such heavy questions that Cameron, who recently graduated from Dominican University with a nursing degree, got a visit from Jane Siegel, an expressive arts therapist at Sutter CPMC Van Ness Campus.

It was Jane who introduced Cameron to the calming, meditative effects of rock painting. It was someone else, however, who opened Cameron's eyes to its power.

"I think it has to do with one of the nurses I had on the floor," Cameron said.

Sensing that the nurse could use a little therapy herself, Cameron offered to paint rocks with her.

"It's been very healing for me just to paint them and I thought it would be a tool to heal others," Cameron said.

It worked so well, Cameron instantly knew she was onto something. So, Cameron began painting and leaving rocks with inspirational messages in a hospital courtyard garden for other patients. At school and at home she would gather family and friends together in groups for therapy sessions disguised as painting parties.

Cameron also began posting her creations on Instagram, then placing them around her community.

"On a hiking trail or by the sidewalk," Cameron said. "And if anybody sees it or wants to keep it and take if for themselves because it sparked something in them, the rocks are for them."