Man Shot to Death While Ordering From Taco Truck

A man ordering food from a taco truck was shot to death and two employees working behind a table near the truck were also wounded, a sheriff's deputy said Sunday.

The shooting occurred a little before 9:30 p.m. Saturday in the 13500 block of Alameda Street, which borders Compton and Willowbrook, said Deputy Kimberly Alexander of the Sheriff's Information Bureau.

A brown sedan stopped next to the taco truck and a gunman got of the vehicle, walked up the sidewalk and opened fire, Alexander said.

A man ordering food was struck in the torso and was pronounced dead at the scene, she said. 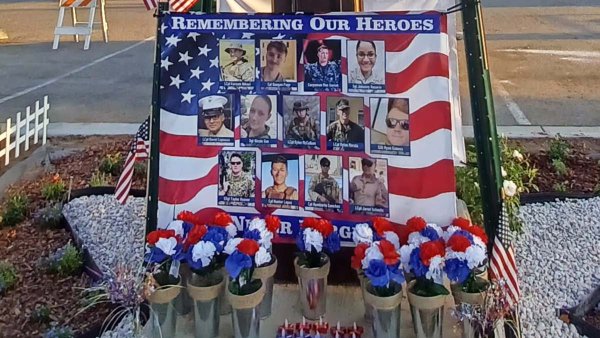 Two employees, a man and a woman, who were working behind a table were struck in the lower torso. Paramedics rushed them to an area hospital, where their conditions were not immediately known, she said.

The gunman got back into the brown sedan, which drove southbound on Alameda Street, she said.

Sheriff's homicide detectives asked anyone with any information to call them at (323) 890-5500.