A police officer facing manslaughter charges in the shooting death of a Black man inside a Bay Area Walmart store was handcuffed and booked into jail after a court appearance Tuesday.

He was then released after posting $200,000 bail, the East Bay Times reported.

Judge Barbara Dickinson denied a defense attorney request to allow San Leandro Police Officer Jason Fletcher to immediately post $200,000 bail, saying it was not the court’s practice to allow that. He had not been in custody until the court proceeding.

Fletcher is charged in the April 18 killing of Steven Taylor. He was the first officer the respond to a call about an alleged shoplifter inside the store who was holding a baseball bat. Taylor, 33, had allegedly grabbed the aluminum bat and a tent before trying to leave without paying, according to court documents.

Fletcher, a 20-year veteran, did not wait for backup and instead approached the 33-year-old Taylor and tried to grab the bat, while Fletcher also pulled out his gun, Alameda County prosecutors said. When Taylor pulled away, Fletcher then drew his taser and fired twice. As Taylor was struggling to remain standing, Fletcher shot Taylor in the chest, killing him.

Fletcher, 49, appeared in court in a dark gray suit and black face mask with his attorney, Michael Rains.

Rains said in a statement the defense will show that Fletcher had no other option but to fire his weapon.

“The case is important because it calls into question the officer’s obligation to de-escalate a situation, and to use less than lethal force,” Rains said. “Both things were done by the officer.”

Supporters of Taylor held a protest against Fletcher outside the court Tuesday.

At a Monday night protest, words projected onto the front of the San Leandro Police Station headquarters read “Convict Officer Fletcher” and “#Justice4StevenTaylor.”

The San Leandro Police Officers’ Association offered condolences to Taylor’s family in a statement released Monday, and said the charges were politically motivated.

“While the District Attorney has mischaracterized the shooting as a ‘failure to attempt de-escalation options,’ we are confident that the evidence will establish that this incident was an unfortunate example of de-escalation techniques simply proving to be ineffective,” the association statement read.

Fletcher is the first law enforcement officer in the Bay Area to face charges in the death of a civilian in more than a decade — the last was BART Officer Johannes Mehserle, who shot and killed Oscar Grant on New Year’s Day 2009. Raines also represented Mehserle, who was sentenced to two years in prison after he was convicted of involuntary manslaughter. 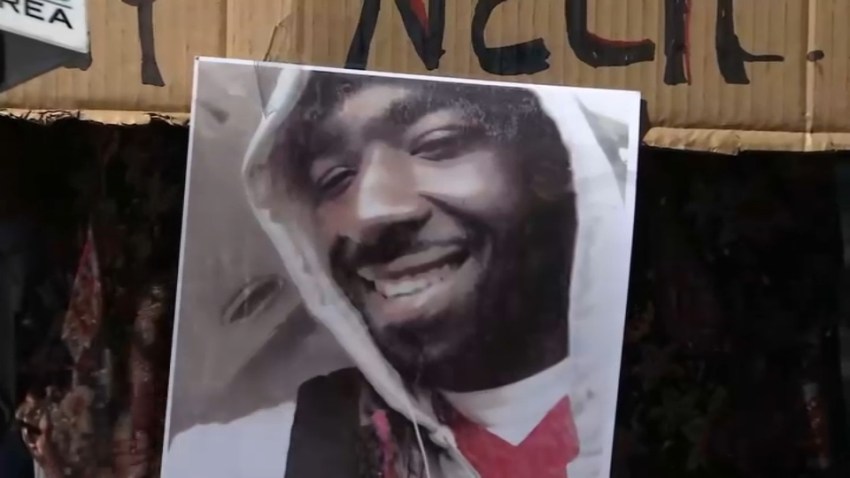