Every afternoon, Dr. Thomas Moore, medical director of UC San Diego Health, meets with staff to review patient counts at its hospitals, the severity of cases and scheduled surgeries and admissions.

In the last three months, COVID-19 has delayed treatment for more than 30 patients, mostly orthopedic procedures, including joint replacements and spinal care. One organ transplant was put off and a “very complex head and neck cancer case" got postponed a week.

California hospitals are facing increasingly difficult decisions about which services to postpone amid a crushing load of coronavirus patients. All regular intensive-care beds are full in Southern California and the Central Valley, and hospitals elsewhere are nearing capacity.

Gov. Gavin Newsom has yet to threaten the type of shutdown of elective surgeries that occurred in March and April, and some health care professionals and patient advocates are trying to quell any possibility of a repeat. 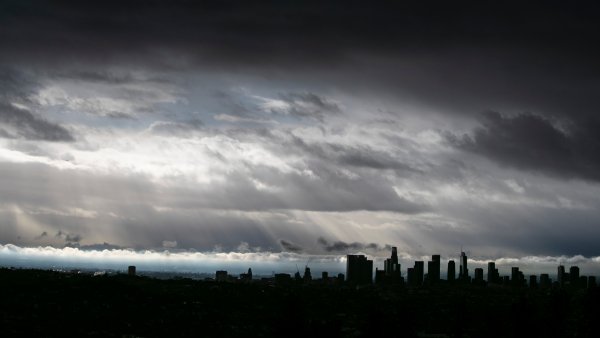 Explainer: What is an Atmospheric River and How Does It Affect Drought in California?

“While our state works to get the COVID-19 surge under control in the weeks ahead, we cannot allow patients’ healthcare needs to go unmet – medical care delay or avoidance could increase morbidity and mortality risk associated with treatable and preventable health conditions,” Michelle George, president of the California Ambulatory Surgery Association, wrote to the governor this month.

There is no reliable data on the impact that the spring hiatus and other delays have had on patient health. A report publishedby the U.S. Department of Health and Human Services estimated 41% of adults nationwide avoided medical care by June 30 because of COVID-19 and 12% of adults put off “urgent or emergency care,” most commonly Blacks, Latinos, people with disabilities and unpaid caregivers for adults with underlying conditions.

“We are not going to actually understand the effects of something like this for years to come,” said Dr. Adolphe Edward, chief executive officer of El Centro Regional Medical Center in hard-hit Imperial County, an area of 180,000 people along the Mexican border with a population that is 85% Latino.

Hospital executives were reluctant to speak in detail about which surgeries are getting delayed and how severe conditions were, saying several factors are considered.

"The exceptions to this pause in surgeries are cancer and presumed cancer cases, as well as any situation in which postponing surgery would have a negative impact on the patient’s medical condition, including pain," the company said in a statement.

Dr. Rais Vohra, interim health officer for Fresno County, which is among the places seeing the greatest crush of cases, said hospitals are being asked to take a hard look at which surgeries can wait.

“Just because something is elective, like for example a tumor operation, that can’t go forever or else the patient is going to have a really bad outcome,” he said.

“Elective doesn’t mean frivolous,” she said. “If you break your ankle into three pieces, we need to put you back together if you’re ever going to walk on it again, but we don’t necessarily need to do it today.”

At Pioneers Memorial Hospital in Imperial County, more than 65% of surgeries that are normally done “are not being done” since early December, said Larry Lewis, chief executive officer. He declined to elaborate on the type of surgeries, saying decisions vary case-by-case.

Sutter Health, which operates 24 hospitals in Northern California, is postponing some elective surgeries, said Dr. Rishi Sikka, president of system enterprises. The company has not said which ones.

"It’s important to understand that those elective cases, which we decide to postpone, they are still essential services for our patient and for our community," Sikka said at a news conference Tuesday with state officials. "Those are choices that we are making very thoughtfully and every single day across our organization.”

During the pandemic, U.S. hospitals have managed to eventually squeeze in about 90% of procedures after scheduling adjustments, said Paul Keckley, an independent health care economist in Nashville, Tennessee, who advises hospitals. Orthopedics are getting “slammed,” while kidney treatment, nose surgery and breast augmentation are getting put off.

In San Diego County, major hospital systems had about 1,500 COVID-19 patients just before Christmas, up from about 400 in July, when it was accommodating transfers from Imperial County. They expect to top 1,800 by Jan. 10, with 2,200 in a worst-case scenario.

UC San Diego hospitals scour “for unexpected open slots ... and squeeze the postponed cases in from a prioritized waiting list," Moore, the medical director, wrote in an email.

The next two to four weeks, he wrote, “will surely be difficult and more challenging.”