Forget a spatula or tongs: the most-needed accessory for your next barbecue grill could be your phone.

Some of the biggest manufacturers of grills and outdoor cooking appliances like Weber and Traeger are making large investments into technology, emphasizing connected devices that try to make grilling easier and more enjoyable to cooks of all skill levels.

The digital push aims to take advantage of multiple trendlines hitting the grilling industry at the same time.

At-home barbecuing and grilling saw a massive uptick amid the pandemic as more people stayed home and cooked as opposed to dining out. More than $1.8 billion worth of grills, smokers, grill accessories, fuel, and stoves and accessories were sold between March and May in the U.S., a 5% increase compared to 2020, according to NPD.

Grilling more is leading some consumers to look beyond basic charcoal or propane grills towards more advanced products, such as smokers, pizza ovens, and flat-top griddles. There has also been an influx of new at-home grillers as people have looked to spend more time outside or moved away from cities where grilling space may have been limited.

Companies like Weber and Traeger have subsequently looked to push grill innovations to hit both the top and bottom of the market. 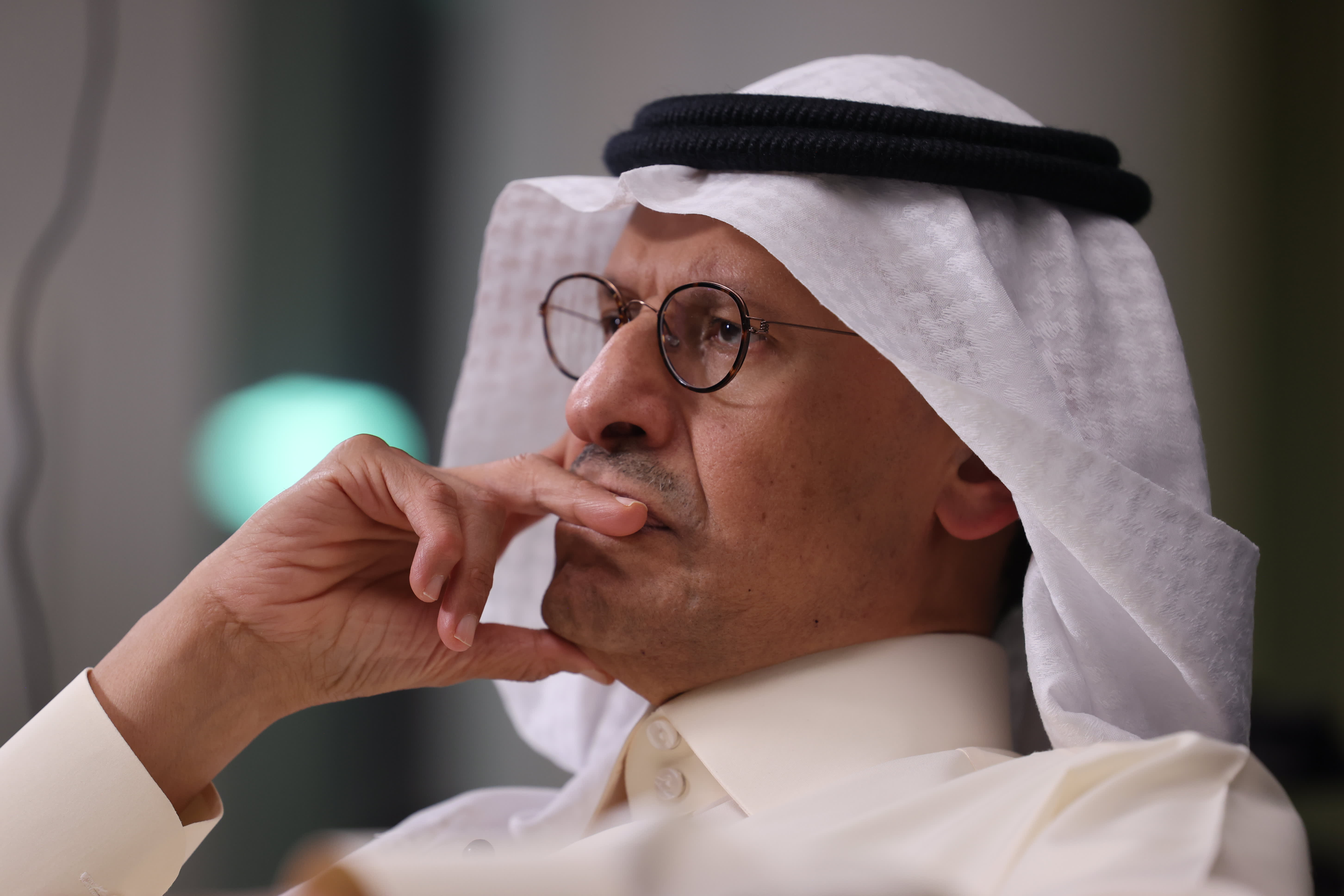 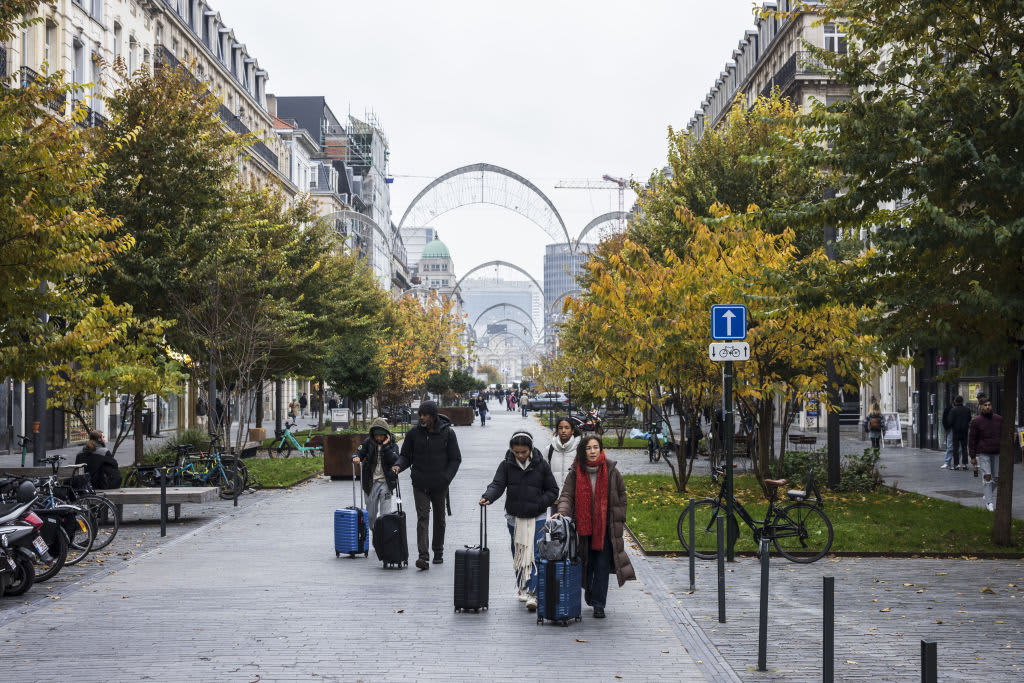 One of Weber's most recent technological developments has been its Weber Connect Grilling Hub, which was selected as the best connected-home product at the 2020 Consumer Electronics Show. The wireless hub has temperature probes that you push into whatever you're cooking on the grill, connecting that data to an app on your phone that provides step-by-step directions and notifications for things like when meat needs to be flipped or is done.

"Think of it as Waze for navigating your grill cook," Weber CEO Chris Scherzinger said on CNBC's "Squawk on the Street" earlier this month. "It's a cloud-based technology platform with cooking algorithms built on Weber's 70 years of grilling experience — it goes down to your phone, guides your cook on your grill, controls your grill, gets you perfect results every time. It's basically a transformed, game-changing type of grill experience."

Scherzinger also hinted at other ways technology could be integrated into Weber's grills, such as monitoring the propane tank. A new line of grills expected to be unveiled later this year will actively gauge how much fuel is left in the tank, sending an alert when it is getting low and even potentially ordering a refill automatically.

"You can have a whole new business model now for Weber driving subscriptions, consumer engagement in between grilling experiences, all kinds of new ways that we can take this category," he said.

The Weber Connect hub retails at $130 and is also included in the company's line of smart grills, which retail between $849 and $1,349. Weber said it plans to add Connect capabilities to its charcoal grills and smokers in the future.

Introducing new grilling tools will also help Weber further diversify its revenue streams. The company reported $963.3 million in revenue for the six months ending March 31, a 62% year-over-year growth. However, sales of its grills, which range from $40 to over $1,000 and include gas, charcoal, electric, pellet, and smokers, made up 74% of its revenue in 2020.

Weber's technology push saw a boost with its Jan. 2021 acquisition of smart appliance and technology company June, after previously leading the start-up's Series C funding round and partnering on products. Weber had also acquired iGrill in 2016, a company that made connected thermometers.

"We believe that the connected capabilities offered by our technology-enabled products will enable a closer relationship with our consumers and usher in a new generation of enthusiasts who will join our global community of Weber loyalists," the company wrote in its S-1 filing.

While Traeger cites the "2-million-year-old connection to fire" as inspiration for the creation of its wood pellet grill, the company is leaning heavily into new technology.

Traeger has a proprietary technology it calls WiFIRE that lets grillers control and monitor their grill through the company's app, an Apple Watch, or with voice control via Amazon Alexa or Google Home. You can also choose recipes through the Traeger app and use the "Make Now" feature, which will run the recipe's cook cycle on the connected grill.

"This semi-automated cooking experience takes the uncertainty out of making a new dish and delights Traeger owners," the company said in its S-1 filing.

Traeger has also made acquisitions to further its tech push. In July, the company acquired Apption Labs for $100 million, which designs and manufacturers hardware and software for small kitchen appliances, such as wireless smart thermometer MEATER, which lets users both monitor the temperature of whatever they are cooking as well as guide them through the cook cycle via an app.

"Cooking is a hobby that the more you create, the more positive feedback you get, the more you're motivated to cook more," Andrus said. "We've always had cookbooks, but we're making it digital."