What to Watch Today: Stocks Fall as S&P 500 and Nasdaq Try to Shake Off Down Week

U.S. stocks fell Monday, with the Dow Jones Industrial Average opening down about 0.5% and the Nasdaq down more than 1%, as Treasury yields continued to push higher. The 10-year Treasury yield, which moves inversely to price, traded Monday at about 1.37%, the highest level in almost one year. (CNBC) 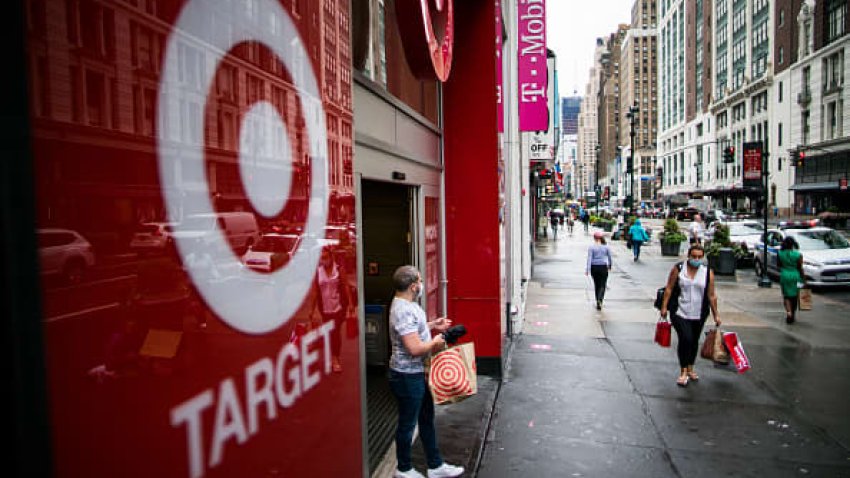 Target Is Set to Report Earnings Before the Bell. Here's What the Street Expects 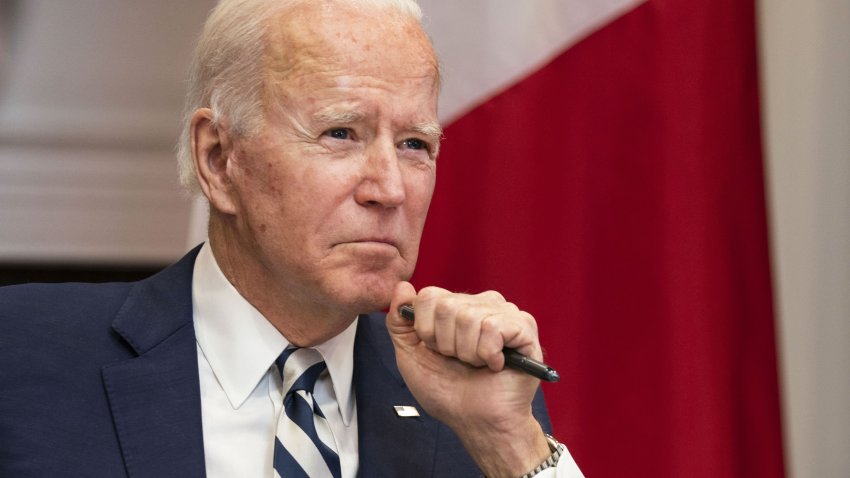 Biden Needs Saudi Support, and That Could Make It Tough to Pressure Riyadh on Human Rights: Atlantic Council CEO

Bitcoin dropped about 10% on Monday, one day topping $58,000 for another all-time high. The world's largest cryptocurrency exceeded a market value of $1 trillion Friday. Elon Musk, whose Tesla is estimated to have made about $1 billion in profit on its bitcoin investment, tweeted early Saturday morning that bitcoin seems high. (CNBC)

The Conference Board releases its January Index of Leading Economic Indicators at 10:00 a.m. ET,  expected to see a 0.4% rise after a 0.3% increase in December.

While daily U.S. Covid deaths have been dropping in recent weeks, total fatalities from the disease in America, the highest of any single country in the world, could exceed 500,000 as soon as Monday, based on data from Johns Hopkins University. When it happens, President Joe Biden plans to mark the sad milestone with a moment of silence and candle lighting ceremony at the White House. (Associated Press)

Biden also is launching changes Monday to the Paycheck Protection Program to try to reach smaller, minority-owned firms and sole proprietors left behind in previous rounds of aid.  For two weeks, starting Wednesday, the Small Business Administration will only accept applications for forgivable PPP loans from firms with fewer than 20 employees. The program was relaunched last month with $284 billion in new funds from a Covid relief bill passed in late December. About $150 billion of PPP money is still available, according to a Biden administration official. (Reuters)

United Airlines (UAL) will temporarily remove 24 of its Boeing 777s (BA) from service after one of the planes bound for Honolulu suffered an engine failure shortly after takeoff from Denver International Airport on Saturday.  The plane returned to Denver safely. The FAA ordered the inspection of some Boeing 777 jetliners powered by the same Pratt & Whitney engine, the PW4000. Boeing shares fell 3% in premarket trading. Raytheon, which owns Pratt & Whitney, dropped 2%. United shares slipped less than 1%.

Biden's attorney general nominee, Merrick Garland, is set to appear before the Senate Judiciary Committee today for the beginning of his confirmation hearings. Garland, a federal appears court judge, is expected to be confirmed rather quickly, perhaps by the start of March. In 2016, Garland was nominated to the U.S. Supreme Court by then-President Barack Obama, but failed to receive any hearings to fill the vacancy created by the death of Justice Antonin Scalia. (CNBC)

Dominion Voting Systems has sued Mike Lindell, the CEO of MyPillow and a staunch supporter of former President Donald Trump. In its $1.3 billion defamation suit, Dominion accuses Lindell of promulgating false conspiracies about the November presidential election "because the lie sells pillows." In an interview with CNBC, Lindell pushed back on Dominion's claims that his company profited from his election rhetoric. (CNBC)

Elliott Management has taken a stake in life insurer Principal Financial Group (PFG), according to a Bloomberg report, and plans to push for changes at the company. The hedge fund is said to be near a deal to gain board seats and will launch a strategic review.

People's United Financial (PBCT) is near a deal to be bought by M&T Bank (MTB) for more than $7 billion, according to people familiar with the matter who spoke to the Wall Street Journal. The deal could be announced as soon as this week.

Zillow (Z) has rolled out a "virtual tour" feature for listed properties, which ties pictures and videos to floor plans. The real estate website operator is now available in 25 U.S. regions, and is an alternative to prerecorded video tours.

A group of private equity firms now controls a 9.5 percent stake in retailer Kohl's (KSS), and the Wall Street Journal reports that the group is attempting to take control of the board of directors. The group is the same one that teamed up to push for change at retailer Bed Bath & Beyond (BBBY).

GameStop (GME) shares are higher in pre-market trading, following news that Keith Gill – who became famous on Reddit's WallStreetBets forum – doubled his stake in the video game retailer to 100,000 shares.