Walgreens Boots Alliance's new CEO Roz Brewer said Thursday that the drugstore chain will sharpen its focus on health care and turn it into the company's "new growth engine."

At a virtual investor day, she said the company's nearly 9,000 stores across the U.S. will become places where customers can go to a doctor appointment, get medical tests and seek advice from a nurse or pharmacist. Those services will be under a new division of the company called Walgreens Health. 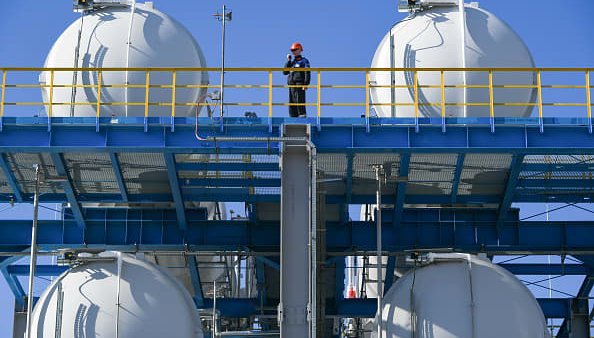 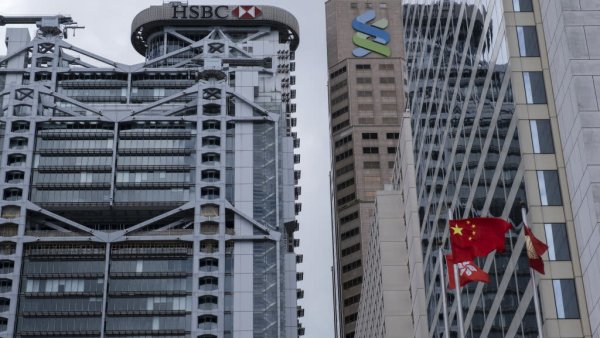 Investors appeared receptive to Walgreens' plan. Shares closed up 7.4% at $50.77 on Thursday. So far this year, shares are up more than 29%.

Brian Tanquilut, an equity research analyst for Jefferies, said Walgreens delivered on what many investors wanted Thursday by spelling out how it will become a proactive health-care player.

"Right now, people are saying, 'It's a sound strategy and we'll give you a little bit of credit for that'" he said.

Walgreen's plan calls for opening hundreds of primary care clinics, shaking up its selection of front-of-store merchandise and taking a stake in several health-care companies.

Brewer pointed to the company's fourth-quarter earnings as evidence that Walgreens is building on a firm foundation.

Tanquilut said the new vision for Walgreens is a notable pivot.

"You are making the pharmacy a health center," he said. "Instead of having a retail focus, the driver of value is no longer driving scripts [prescriptions] out of the pharmacy. It's actually delivering care and making the patient loyal to the store."

It recently decided to invest an additional $5.2 billion in VillageMD, a primary care company that will run clinics inside of Walgreens stores and is on track to go public in 2022. It also acquired a majority stake in home health-care company, CareCentrix, and specialty pharmacy company, Shields Health Solutions.

Along with ramping up on health-care services, Walgreens will step up its cost savings goal to $3.3 billion by 2024. It decided to raise that goal after shaving off $2 billion in costs, Chief Financial Officer James Kehoe said.

Brewer stepped into the top leadership role of Walgreens in mid-March after serving as chief operating officer of Starbucks and CEO of Walmart-owned Sam's Club.

She said for her, the health-care mission is personal. At the company's investor day, she recalled the final months of her mother's life, when her family juggled medical bills, numerous doctors and kidney dialysis appointments. The experience, she said, was "incredibly confusing and unwieldly and burdensome."

She said that distracted her family from what should have been the focus: enjoying the remaining time she had with her mom.

For so many Americans, she said that is the same experience — and one that Walgreens aims to solve by weaving together primary care with pharmacies and freeing up more of employees' time to help patients.

A new look and feel at stores

Over the next few years, Walgreens leaders say consumers will start to see and feel the difference when they walk into neighborhood stores.

Walgreens said it will have 85 primary-care clinics in stores by the end of the year. They will be under the name Village Medical at Walgreens. It plans to have at least 600 of the doctor offices in more than 30 U.S. markets by 2025 and 1,000 by 2027. More than half of them will be in parts of the country that are medically underserved.

In some stores and online, it will add Walgreens Health Corners. The in-store spaces will be staffed by medical professionals, such as nurses and pharmacists, who can consult with patients and help them manage chronic conditions.

So far, Walgreens has opened 40 of them. It plans to have more than 100 by the end of this fiscal year and to ultimately have more than 3,000 across its stores.

Customers will be able to get other kinds of medical tests, such as for pneumonia, strep, HIV and sexually transmitted infections, Walgreens President John Standley said. He said the company already has pilots, including a testing pilot for HIV in two states that it expects to grow to $26 million in revenue by fiscal year 2024.

To free up pharmacists' time to answer customer questions, administer vaccinations and give other medical tests, Walgreens is opening centralized centers that fill prescriptions and ship them to stores and people's homes, Standley said. It already has two centers open in Dallas and Phoenix and plans to open an additional nine by the end of fiscal year 2022, which will bring the number of pharmacies served to around 3,900.

In the front of the store, the company's merchandise will have "more a spin towards healthy for you," Brewer said in a CNBC interview. Already, she said, Walgreens has seen consumers gravitate on their own toward supplements and beauty products with a wellness bent. She said it will add more private label products, too.

She said Walgreens will take a hard look at tobacco sales. It has continued to sell cigarettes, even after rival CVS Health dropped the products in 2014.

With the strategy, Walgreens is following a similar path as rival CVS Health — but with a major caveat. CVS is an insurance provider, too. It acquired Aetna in 2018 in a $69 billion merger. It also owns one of the largest pharmacy benefits managers, Caremark.

CVS has expanded the health-care services it offers in drugstores by opening urgent care centers called MinuteClinics. It is turning hundreds of its stores into HealthHubs where people can meet with a therapist, participate in a yoga class or get help managing their diabetes.

Jefferies' Tanquilut said CVS has a more holistic health strategy with Caremark, Aetna and its stores. That leads to natural synergies, he said, such as encouraging Aetna members to go to MinuteClinic for flu shots or urgent care. Plus, he said, CVS has a "first mover advantage" with turning stores into health-care destinations.

On Thursday, Kehoe said Walgreens' lack of an insurance company can work to its advantage. He said the company is payer agnostic and solely focused on improving health outcomes. Plus, he said Walgreens will have full-fledged primary-care clinics, not the more limited services that MinuteClinic provides.

So far, Walgreens has struck deals with Clover Health, a Medicare insurance start-up, and Blue Shield of California to provide health-care services for their more than 2 million members.

A.J. Rice, a equity research analyst for health-care services at Credit Suisse, said Walgreens hopes that by "being Switzerland," insurers will see it as a "partner of choice."

He said CVS and Walgreens both have a big opportunity to turn retail pharmacies into community touchpoints for health care. Yet he said the companies must prove they can attract employees with clinical backgrounds and make the cultural change.

Walgreens will look for growth in other areas, too. In the United Kingdom, Boots stores have become known for their wide selection of premium makeup and beauty brands. Kehoe said store traffic has picked up again as the country lifted pandemic restrictions, making people feel more comfortable to browse aisles and socialize.

Some of Walgreen's beauty brands, No. 7 and Soap & Glory, are now carried by major U.S. retailers, including Target, Ulta Beauty and Walmart. Those brands are currently a $750 million business and are expected to grow to $1 billion, Kehoe said.

Credit Suisse's Rice said Walgreens leaders also hinted at reevaluating some of the businesses that the company owns. He said investors will watch to see if Walgreens will sell off assets — such as some of its international businesses — to help fund some of its health-care growth in the U.S.

Covid-19 vaccines are expected to continue to drive business over the coming year. Walgreens administered 34.6 million vaccines in the fiscal year, ended Aug. 31. It administered 13.5 million in the fourth quarter — which accounted for 21% of the total vaccines given.

Walgreens estimates that it will give 25 million Covid vaccines in the coming fiscal year, as some people get booster shots and younger children are expected to qualify for the shots.

But the company will have to navigate a laundry list of challenges that retailers currently face, too. They include a rise in shoplifting, a shortage of workers and pandemic-related supply-chain snarls.

For instance, Walgreens is closing five more locations in San Francisco due to organized retail theft. It recently announced plans to raise its minimum wage to $15 an hour by Nov. 22 to keep up with other retailers who have raised wages or dangled perks.

Kehoe said the company is staffing up the company's health-care business at a time when there is "a war for talent." He said Walgreens, however, is having an easier time hiring medical professional who are learning about the company and "believing in the vision."