The Pandemic Stranded These Americans Overseas. Now, Their Unemployment Benefits Are in Jeopardy

Justin Samuels was living abroad in Malaga, a Spanish port city in the country's south, along the Costa del Sol, when the pandemic chaos began to unfurl.

It has led to a lengthy battle for unemployment benefits — a situation facing many Americans stuck overseas in the early days of the health crisis. 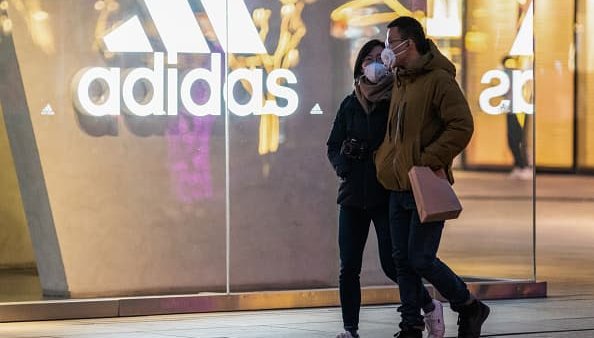 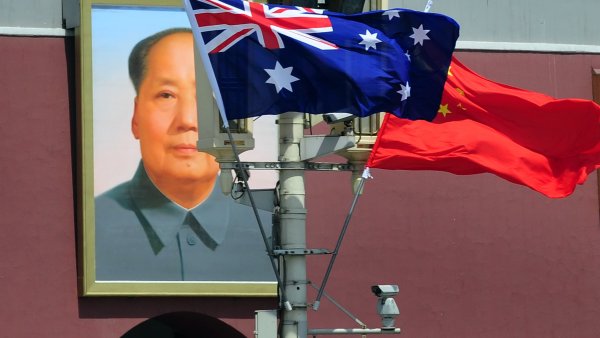 ‘No Prospects' for China-Australia Relations to Get Back on Track Soon, Political Analyst Says

A dual citizen, Samuels, 44, moved to the Mediterranean city with his mother more than two years ago. She had a brain tumor and her surgeon recommended a therapy unavailable in the U.S.

More from Personal Finance:
How to best spend the stimulus aid that's on the way
Here's who qualifies for $1,400 stimulus checks
More than $45 billion in rental assistance is now available

Samuels, a PhD student at the University of Malaga, had been earning income from U.S.-based gigs as a freelance writer. When that work dried up last March, he applied for unemployment.

But the New York Department of Labor denied his claim. It is now trying to claw back more than $5,000 in payments the state thinks were made in error.

Samuels and others like him are caught at the nexus of two competing and confounding forces: a state requirement that workers be physically present and able to work in the U.S. to collect unemployment, and a virus that made it impossible and unsafe to travel.

"All Americans who go overseas don't stop being American," Samuels said. "I believe the DOL is trying to criminalize us for being out of the country."

Deanna Cohen, a spokeswoman for the New York Labor Department, didn't respond to that specific allegation.

"To protect New Yorkers and our unemployment system from fraud, the law requires New Yorkers to be in the United States, Canada, Puerto Rico or the Virgin Islands when they file and certify for benefits," Cohen said.

The agency must also obtain specific documents from workers to determine if they qualify for benefits, she added. Speed of payout depends on how quickly New Yorkers send that information, she said.

By early April last year, the U.S. had repatriated about 40,000 Americans stranded abroad due to pandemic lockdowns and restrictions on air travel.

But some citizens weren't so fortunate.

Adriana Marian, 46, an office manager at a medical practice, was laid off while visiting Romania for a family emergency. She couldn't return until September.

Brahim O., 34, lost his job as a cafeteria cook while stuck in Morocco, where he was visiting family. (He asked that his full name not be used for privacy reasons.)

In each case, their state labor agencies — Missouri and Massachusetts, respectively — started paying jobless benefits when they returned to the U.S. But now they're fighting for back pay, worth thousands of dollars, which would help cover past-due bills and loans from friends.

Brahim received an eviction notice in October, after an eviction moratorium ended in Massachusetts. He's been able to remain in his home so far. But Brahim still hasn't been called back to work. He has a hearing on Monday to try to reverse the state's decision.

"From April 13 through August when I got back, I had no income," Brahim said. "It's a very tough situation."

Overall, a few thousand people have likely been affected by similar circumstances during the pandemic, said Andrew Stettner, an unemployment expert and a senior fellow at the Century Foundation.

That'd be a small fraction of the tens of millions who lost their jobs amid Covid's economic carnage.

But critics argue their plight highlights the outdated nature of the U.S. unemployment system, which was created in the 1930s, when workers couldn't do their jobs from afar. It's also an unfair reading of rules due to the pandemic's effect on international travel, they said.

States are the ultimate arbiters of whether someone can collect unemployment benefits from overseas.

Most, if not all, states have adopted a similar interpretation of the requirement that a benefit recipient be ready, willing and able to work, labor experts said.

It's largely a matter of physical presence — in states' eyes, someone out of the country isn't in the position to immediately accept offered work, and is therefore ineligible for benefits.

Workers must be able to report to work in person, in a jurisdiction that has signed on to an accord known as the Interstate Benefit Payment Plan, according to state officials. Foreign countries aren't signatories.

"Once the claimant traveled to Spain he was, as a matter of law, unable to comply with reporting requirements, rendering him ineligible for Unemployment Insurance benefits," Anthony Inguanzo, a New York labor official, wrote in a hearing on Samuels' case.

Indeed, international organized crime rings have stolen billions of dollars' worth of benefits during the pandemic.

But states' stance is too rigid and an incorrect interpretation of the law, according to Harvey Sanders, a labor and employment lawyers based in New York.

"It goes back to an archaic view of the world of work," said Sanders, who's represented workers caught in the legal crossfire. "It ignores that so many people are telecommuting and have been for years."

Americans can also engage in a job hunt remotely, Sanders added. Further, even if they could return to the U.S., a return flight may have been beyond their financial means, he said.

'Didn't want to get sick'

States are also overlooking a key aspect of the Covid crisis, Sanders said: its limitation on movement and travel due to social distancing and health guidelines.

Some people had to choose between risking illness to fly back to the U.S. to receive jobless aid, or forgoing the funds until the health crisis abated.

"I didn't come back because I didn't want to get sick," said Susanna D., 43, who lives in Monopoli, Italy, a coastal town on the heel of the Italian boot. She also has asthma. "And it didn't occur to me they'd consider that fraud."

Susanna, who asked that her full name not be used for privacy reasons, co-founded a New York-based non-profit firm hosts sporting events. As a dual citizen, she's worked remotely from Italy since 2018.

She's been moderating a Facebook group for more than 200 Americans stuck abroad.

Susanna recently won an appeal for benefits in New York and is waiting for all her back pay to arrive. She no longer has to repay close to $6,700 in benefits the state tried to claw back.

"Her failure to report is due to good cause and excusable as she was unable to travel back to the United States due to closed borders and her own health condition rendering her vulnerable to Covid-19," Sally Woo, an administrative law judge, ruled in Susanna's case.

Woo also said the Interstate Benefit Payment Plan doesn't have a provision preventing a worker from receiving benefits while outside the U.S.

Adriana Marian, who lives in St. Louis, is waiting for an appeal in Missouri. The state cancelled a hearing in December and hasn't set a new date.

"I am so depressed. I just don't know what to do anymore," Marian said. "Because of this damn coronavirus, I got stuck [in Romania], and nobody does anything."

Samuels won a hearing for his back pay, but New York is appealing to overturn that decision.

"Unless reversed, the foreseeable impact of the decision may be both deep and broad," Inguanzo wrote in an appeal document.

People residing outside the U.S. for "unknown durations" would be eligible for benefits from the U.S, and the labor bureau's capacity "to take any action on suspect claims" would be significantly impacted, he said.

Meanwhile, Samuels needs the money to help care for his ailing mother, he said. Spain offers free healthcare to citizens, but there are other costs like transportation to and from appointments.

"It's vital to the point of being a life and death matter that the money comes in, until I get a new job," Samuels said.