The Global Chip Shortage Could Last Until 2023

Semiconductors will be in short supply for some time to come yet, according to analysts that monitor the industry.

Today, chips are in everything from PlayStation 5s and toothbrushes to washing machines and alarm clocks. But there's not enough to go around — it's a multifaceted issue that shows no signs of abating, leading some to call the current crisis "chipageddon." 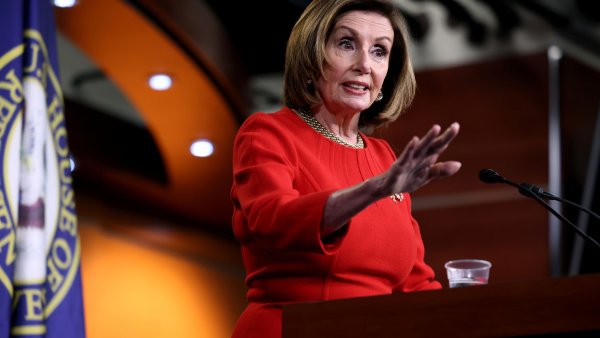 "Because demand will remain high and supply will remain constrained, we expect this shortage to last through 2022 and into 2023," he wrote in a blog.

O'Donnell expects demand for PCs, which contain some of the most advanced chips, to "soften a bit" in the coming year but "not a lot."

Meanwhile, he expects data centers, which are full of computer servers, to buy more chips in the next year after what he describes as a "dismal 2020."

"Couple that with the unstoppable desire to instrument everything, along with continued growth in cloud computing and cryptocurrency mining, and we see nothing but boom times ahead for chip demand," said O'Donell.

Meanwhile, Patrick Armstrong, CIO of Plurimi Investment Managers, told CNBC's "Street Signs Europe" last week, that he thinks the chip shortage will last 18 months. "It's not just autos. It's phones. It's the internet of everything. There's so many goods now that have many more chips than they ever did in the past," he said. "They're all internet enabled."

The car industry has been affected by the global chip shortage more than any other sector.

The world's largest chip manufacturer, TSMC (Taiwan Semiconductor Manufacturing Company), said earlier this month that it thinks it will be able to catch up with automotive demand by June. Armstrong, however, believes that's ambitious.

"If you listen to Ford, BMW, Volkswagen, they all highlighted that there's bottlenecks in capacity and they can't get the chips they need to manufacture the new cars," he said.

Gartner analyst Alan Priestley told CNBC Thursday that the situation may improve for some sectors in the next six months, but that there may be a "knock-on effect" into 2022.

"It shouldn't go longer," he said. "The industry is putting more capacity in place, but it does take time."

Indeed, Intel, announced in March that it plans to spend $20 billion on two new chip factories in Arizona. Intel has also said it could build a plant in Europe if it gets public funding.

"That stuff is going take two or three years before we start to see that," said Priestley. "But that's really looking to meet future demand."

Meanwhile, the chief executive of German chipmaker Infineon said last Tuesday that the semiconductor industry is in unchartered territory.

Reinhard Ploss told CNBC's "Street Signs Europe" last week that it is "very clear it will take time" until supply and demand are rebalanced.

"I think two years is too long, but we will definitely see it reaching out to 2022," he said. "I think additional capacity is going to come … I expect a more balanced situation in the next calendar year."

Wenzhe Zhao, director of global economies and strategy at Credit Suisse, said in a note last Wednesday that the recent chip shortages have encouraged inventory hoarding along chip production chains, widening the gap between expanding demand and stagnant supply.