The four astronauts aboard SpaceX's Crew Dragon capsule "Resilience" safely returned to Earth on Sunday, splashing down in parachutes landing in the Gulf of Mexico after a record-setting mission to the International Space Station.

The astronauts spent more than five months in space for the Crew-1 mission, the longest-ever duration for a crew launched in an American-built spacecraft. 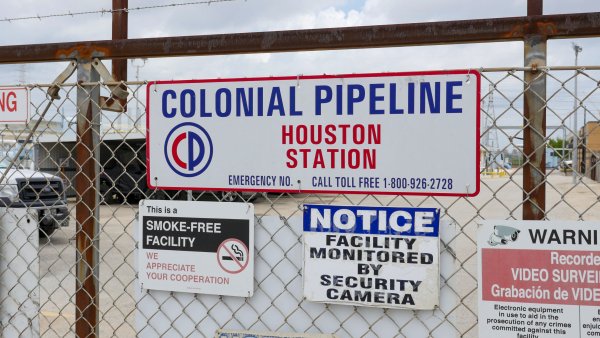 SpaceX mission control welcomed the astronauts with some humor after they touched down: "We welcome you back to planet Earth and thanks for flying SpaceX. For those of you enrolled in our frequent flyer program, you've earned 68 million miles on this voyage."

"SpaceX, 'Resilience' is back on planet Earth, and we'll take those miles – are they transferable?" NASA astronaut and spacecraft commander Mike Hopkins joked moments after landing.

NASA astronauts Hopkins, Shannon Walker, and Victor Glover and Japan's Soichi Noguchi reached the space station via the Dragon capsule after launching in the capsule on top of a Falcon 9 rocket last November.

After undocking from the space station at 8:35 p.m. EDT on Saturday, the astronauts traveled through the atmosphere and touched down in the Gulf of Mexico near Panama City, Florida, via parachutes at about 2:57 a.m. EDT on Sunday. They exited the SpaceX spacecraft less than an hour after landing.

Weather conditions were reported to be near perfect, with little wind and a calm sea. "It really could not have been a more flawless journey home," NASA public affairs officer Leah Cheshier said.

The landing was the first crewed and U.S.-made spacecraft splashdown amid darkness since 1968, and the second time a space capsule has ever landed in the Gulf of Mexico. It's also only the second time NASA and SpaceX have brought astronauts back to Earth on a Crew Dragon spacecraft.

The second operational SpaceX crew mission arrived at the International Space Station early on the morning of April 24, carrying four astronauts for the next six-month stay in space.

SpaceX's Crew Dragon spacecraft 'Endeavour,' which launched on a Falcon 9 rocket the day before, docked with the ISS at 5:22 a.m. EDT. The capsule carried an international cadre of astronauts: NASA's Shane Kimbrough and Megan McArthur, JAXA's Akihiko Hoshide and ESA's Thomas Pesquet.

At that time, the Crew-2 mission temporarily brought the total number of astronauts on board the orbiting research laboratory to 11. SpaceX, founded and led by CEO Elon Musk, has now sent 10 astronauts to space in under a year.

SpaceX developed its Crew Dragon spacecraft and fine-tuned its Falcon 9 rocket under NASA's Commercial Crew program, which provided the company with $3.1 billion to develop the system and launch six operational missions.