The Federal Reserve's signal that it is looking to step away from some of its easy policy is expected to be a dominant trading theme in the week ahead and likely for the rest of the summer.

In the past week, investors repositioned across the financial markets after Fed Chairman Jerome Powell said Wednesday that the central bank was considering tapering its purchases of Treasurys and mortgage securities. That is important since when the Fed eventually acts, it would be the first serious reversal of the easy policies it put in place to add liquidity to markets when the economy shut down last year because of the Covid crisis.

The purchases, which amount to $120 billion a month, would be gradually whittled away once the Fed decides to slow down and end the bond buying, or quantitative easing. That could then open the door to interest rate hikes, which the Fed now projects would come in 2023.

The Federal Reserve sent ripples across financial markets after its meeting Wednesday. The dollar jumped, stocks fell and bond yields moved to imply higher short-term interest rates in the future. The Dow fell 3.5%, its worst week since October. The S&P 500 was down 1.9% for the week, its worst weekly loss since February, and the Nasdaq lost just 0.3%, helped by a small weekly gain in tech.

"I think the market is still digesting the Fed meeting," said Ed Keon, chief investment strategist at QMA. Stocks were trading sharply lower Friday, after weakness Wednesday and Thursday. Yields fell on longer duration bonds, like the benchmark 10-year, but rose on the shorter duration 2- and 5-year notes. 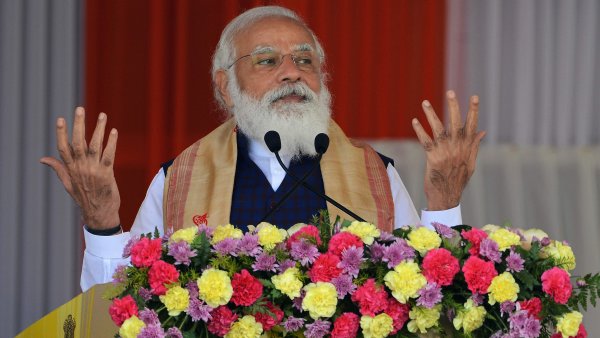 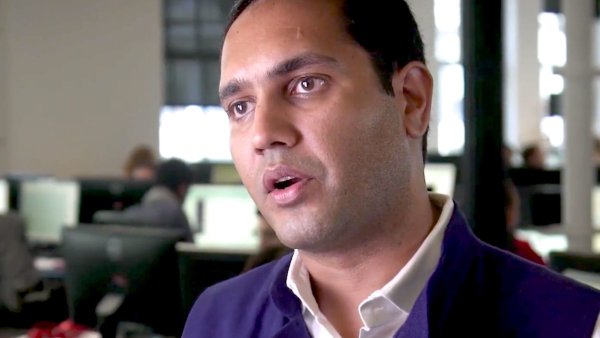 The spreads between those shorter-duration notes and the 10- and 30-year bond yields narrowed dramatically in a so-called flattening trade. That's common when interest rates are rising. The higher short rates reflect the expected increases in the fed funds rate, while the longer duration yields fall, because the thinking historically has been that a tightening Fed slows the economy.

The Fed also provided new economic forecasts, including a chart on interest rates that shows it expects to hike its fed funds rate twice in 2023, after its prior forecast included no increases.

Fed speakers will get a lot of attention in the week ahead. Powell speaks Tuesday before the House Select Subcommittee on the Coronavirus Crisis on the Fed's policy response and the economy. His remarks could be a highlight of what looks to be a slow, but volatile first week of summer for markets.

"Getting more color from others will certainly be key," said Peter Boockvar, chief investment strategist at Bleakley Global Advisors. "I'm most interested certainly in what Powell has to say. They're all going to give us now the fine print of what was in the statement and what Powell said" at the end of the Fed's June meeting.

There should be a lot of interest in personal consumption expenditures data next Friday, since it includes the PCE inflation index, closely watched by the Fed. The Fed has been pressing its view that elevated inflation readings are just temporary and that they should calm down next year.

Boockvar said the inflation data should reflect the same spike in prices that showed up in the consumer price index for May, up 5% year over year.

"It's going to show some pretty robust month-over-month increases," said Boockvar. He said inflation data will be the most important for markets.

While the Fed has now penciled in two interest rate hikes for 2023, the market is more skeptical about inflation. According to futures markets, investors believe there could be one or more rate hikes next year and at least four in total before the end of 2023.

The Fed forecast 3.4% PCE inflation for this year, up a full point from its March forecast, but it still expects a tame 2.1% pace next year.

Housing data will also be of big interest to markets, after the Fed's tiny step forward toward tightening unleased a surge in mortgage rates.

The rate for the 30-year fixed loan jumped to 3.25% by Thursday, the highest in months, according to Mortgage News Daily. The Fed is currently purchasing about $40 billion a month in mortgage securities, and that would slow down along with Treasury buying.

Keon said the market is choppy but taking in stride the change in the Fed. He said he has overweight stocks in his portfolios. "We like that position with earnings likely to grow 40% this year, rates staying pretty low. That's a good environment for stocks," he said.

As the market traded lower this past week, tech and some growth names held their ground. Tech was barely positive, registering a nearly 0.1% gain for the week. The worst performing sectors were in the value space — commodities-related or part of the reopening cyclical trade.

Materials were down 6.3% for the week, and financials were down more than 6% as a flattening yield curve has the potential to hurt bank profits.

"We had a very good move for value stocks and for the reopening plays. They really did well for six months or so," said Keon. "There's nothing in the market that keeps going forever. This is probably a bit of a counter rotation. Whether it's the beginning of a major shift or a slight bounce back [for tech], is hard to say and rates are going to be a determinant."

Keon said if the closely watched 10-year yield goes to 2% from its current 1.5%, that would be a positive for value stocks. But if it stays anchored around 1.5%, tech could continue to do well.

The 10-year yield, which is the benchmark Treasury, fluctuated widely in the past week. After starting the week at about 1.45%, it moved higher right after the Fed meeting to as high as 1.59% but then fell back down to about 1.44% Friday afternoon.

"My guess is that the thinking is that at the press conference, Powell made it pretty clear he has no intention of raising rates until 2023," said Keon. "Until you get to 2023, you're going to get the boom we are in now, and you're going to get pretty strong growth in 2022. By the time, you get to 2023, the economy is going to be slowing and is the Fed going to raise rates in a slowing economy? Probably not."

Keon said that would keep a cap on the size of the Fed rate hikes. He said there's little chance the Fed will hike before 2023 unless there's an upside surprise in inflation.

Julian Emanuel, head of equities and derivatives strategy at BTIG, said the Fed has now injected a new level of volatility into the markets. He expects investors will be on edge now as the Fed's late July meeting approaches and again as the Fed heads to Jackson Hole, Wyoming, in late August for its annual symposium.

Many economists expect Jackson Hole to be the forum where the Fed releases details of the tapering program. Once the Fed announces it will cut back, it is then expected to wait a few months before slowly paring back the purchases over many months. The end of the easing program is important since it would then open the door to a potential rate hike, based on the strength of the economy.

"The narrative here is the markets are likely to continue going back and forth with regard to their view on the Fed assessment of whether transitory is correct or not," Emanuel said. "Transitory" is how the Fed describes its view that the surge in inflation will be short-lived.

In the past week, some of the inflationary pressure in the market dissipated with a major sell-off across the commodities complex. The Fed's policy talk helped spur a surge in the dollar, which was part of the reason for the selling. But the first catalyst was a move by China to cool the hot commodities markets. Reuters reported that a Chinese government agency planned to release reserves of aluminum, copper and zinc.