Stocks could take aim at new highs in the week ahead, even as investors face fresh data that could show the highest year-over-year jump in consumer inflation in more than 30 years.

Stocks touched record levels Friday, after a monumental week that included the Federal Reserve's announcement that it will wind down its bond buying, the first big step away from the easing measures it put in place to fight the pandemic. 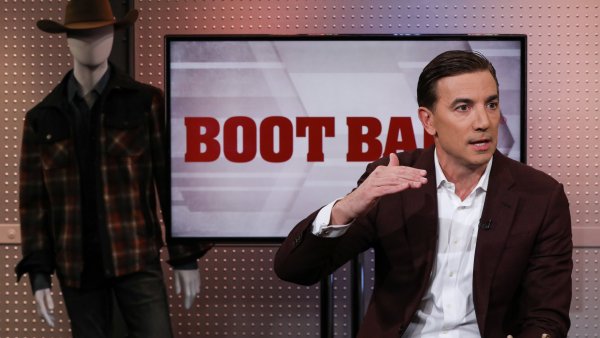 "The important drivers of the market, I think, remain intact — earnings and interest rates," said Leo Grohowski, chief investment officer at BNY Mellon Wealth Management. "I think the Fed gave the equity market what it was looking for... which was an awareness of inflation without an overreaction to inflation. Meanwhile we're still digesting what's been a really strong earnings season."

The Fed expects to fully wind down its $120 billion-per-month bond purchases by the middle of next year. At that point some economists expect the central bank to start raising interest rates. Fed Chairman Jerome Powell assured markets the central bank still sees inflation as temporary, but that if it proves to be hotter, the Fed would act.

"I think investors are sounding the all-clear for the equities market here, at least in the short-term, and it's hard to argue with. We have more concerns when you take a six-month view," said David Donabedian, chief investment officer of CIBC Private Wealth Management.

"The biggest concern is inflation which we don't think is transitory," he added. "I would look for a rate hike almost immediately after the tapering process is done which is mid-2022."

The stickiness of higher prices

Donabedian said the concern is that sticky inflation could force the Fed to move sooner to raise interest rates to battle rising prices.

The producer price index and consumer price index are reported Tuesday and Wednesday, respectively. Economists expect both reports to remain elevated for October. Headline PPI is expected to rise 0.6%, according to Dow Jones.

"The acceleration in shelter costs is stunning so if you get that, along with energy price increases, we could see a 5.7% [headline gain]," said Diane Swonk, chief economist at Grant Thornton.

"Markets right now have a certain amount of tunnel vision. Easy money will continue for awhile and even though the Fed has told us they're not refilling the punch bowl, the party is going to go on for quite some time," he said. "Right now the path of least resistance is higher."

Fed officials not on same page

Central bank speakers will also be a highlight in the week ahead, with Fed Chairman Jerome Powell appearing at two events. On Monday, he is at a Fed conference on gender and the economy. He speaks Tuesday at a virtual conference on diversity and inclusion in economics, finance and central banking, co-hosted by the Federal Reserve Board, Bank of Canada, Bank of England and European Central Bank.

CIBC's Donabedian said the group of speakers could be important, and it will be key to listen for nuances to their views on rising prices. "You do get some different twists on inflation. While it's not going to look like an FOMC feud at all, it will look like members are not on the same page on inflation," he said.

Investors will also be watching Congress for any progress on the Biden spending plan, which is meeting opposition in the Senate.

"It looks like we're going to get some sort of vote in the House on the two big fiscal packages," said Donabedian. He said he expects the House to pass both, and the infrastructure bill should be signed into law.

"It does leave open whether the Senate is going to want to make major change to the social spending bill, and there's a chance that that flops," he said, noting it has less than a 50% chance of failing.

The earnings season is winding down but there are still a number of reports in the coming week, including The Walt Disney Company on Wednesday.

9:00 a.m. Fed Chairman Powell at conference on Diversity and Inclusion in Economics, Finance, and Central Banking, co-hosted by the Federal Reserve Board, Bank of Canada, Bank of England, and European Central Bank