Brooks, who is running for an Alabama Senate seat next year, paid the money in April and June to Trump's Mar-a-Lago resort along Florida's Treasure Coast, according to a second quarter Federal Election Commission filing.

Trump endorsed Brooks for the Senate seat in April. Brooks was among more than 100 GOP lawmakers who voted to overturn Joe Biden's election victory. 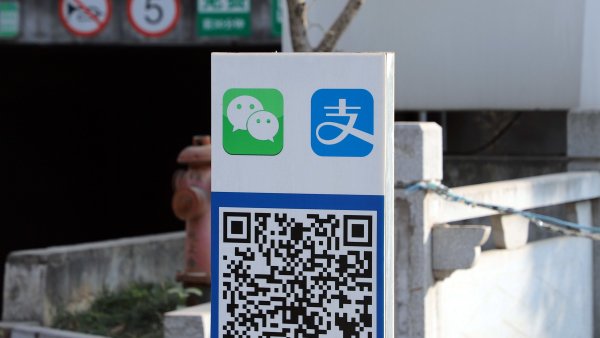 In a Move to Break Down Barriers, a Tencent Exec Says WeChat Pay Will Soon Be Available ‘in All Places'

Brooks hosted a reception for his Senate campaign in April at the venue, according to a report by AL.com. Politico obtained an invitation to an April fundraising event at Mar-a-Lago for the House Freedom Fund, which also featured Brooks.

Brooks is running to fill the seat that will be left open by retiring Republican Sen. Richard Shelby. He is vying for the GOP nomination against several candidates, including former Shelby chief of staff Katie Britt, who is shaping up to be a formidable fundraiser. Trump recently ripped Shelby as a "RINO" and said Britt is "not what Alabama wants."

A press representative for Brooks' campaign did not return a request for comment.

The Brooks disclosure is another example of Republican politicians and groups spending large sums at the former president's private club as he hints at another potential White House run while falsely claiming that the 2020 election was stolen.

The Republican National Committee paid just over $175,000 to Mar-a-Lago to host part of its spring donor retreat. Mar-a-Lago has received over $1 million from Republican led groups since 2016, when Trump was a candidate for the presidency, according to data from the nonpartisan Center for Responsive Politics.

Part of the RNC sponsored-event that month was held at Mar-a-Lago, where the former president took aim at Senate Minority Leader Mitch McConnell, R-Ky. NBC News reported at the time that Trump called McConnell a "dumb son of a b----" and a "stone-cold loser." The other portion of the retreat took place at the Four Seasons in Palm Beach.

Brooks spoke at the infamous Jan. 6 rally that preceded the deadly riot on Capitol Hill.

"Today is the day American patriots start taking down names and kicking ass!" Brooks told the crowd that day. Brooks was wearing a hat that said "Fire Pelosi."

Brooks recently spoke at the conservative CPAC conference and told the audience that "our choice is simple: We can surrender and submit, or we can fight back."