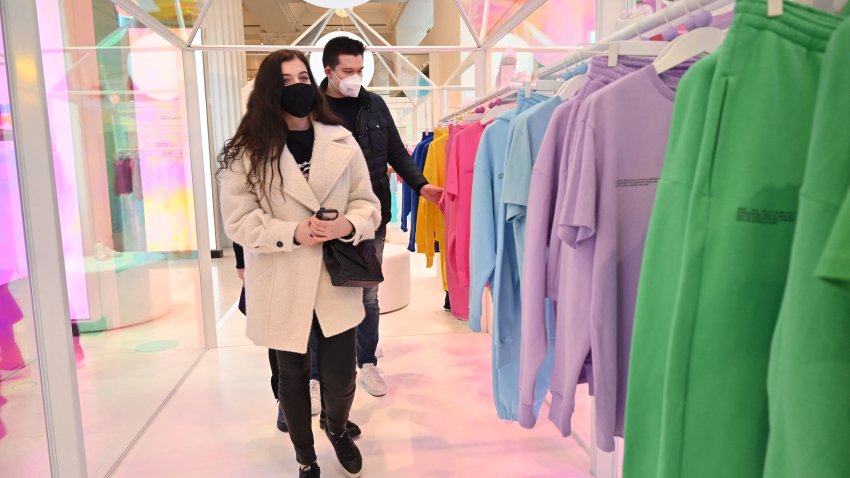 Retailers Look to Innovate and Tempt Customers Back to Physical Stores "We are deeply concerned by the disturbing allegations and have suspended Deshaun Watson. We will continue to closely monitor the situation," Nike said in a statement. A representative for Beats did not provide a statement.

The first woman who accused Watson of sexual misconduct while receiving private massages spoke publicly on Tuesday. Ashley Solis said she suffers from "panic attacks, anxiety and depression" due to Watson's alleged sexual assault in March 2020. She requested that Watson be held accountable for his alleged behavior.

Watson and lawyer Rusty Hardin have denied the allegations saying the claims result from a failed blackmail attempt. The National Football League quarterback has been accused of sexual misconduct in lawsuits filed by 22 women, all represented by lawyer Tony Buzbee.

The Houston Police Department tweeted on Friday that it has opened a criminal investigation after a complaint was filed against Watson.

"The brands are in a difficult situation right now," said Scott Rosner, academic director of the sports management program at Columbia University. "There clearly will be public pressure as there typically is in these types of cases to disassociate themselves formally from the athlete. And some are likely to do that. Others will make a statement expressing concern but reiterating their belief in the legal process."

Will race play a factor?

Those top-tier NFL quarterbacks were in their prime but hurt by off-the-field legal troubles. Brands reacted differently.

In Vick's case, he pleaded guilty to dogfighting and endorsers dropped him. But Roethlisberger was twice accused of sexual misconduct in 2009 and 2010. He was never charged in either case and settled with the victim who accused him of rape.

But brands, including Nike, remained with Roethlisberger despite the allegations. Roethlisberger was suspended four games for violation of the NFL's personal conduct policy, something Watson could also face even if he avoids criminal charges.

"It's an appropriate and fair question to ask," Rosner said of race playing a factor in determining Watson's situation with brands. Roethlisberger is white and Watson is Black. But Watson does face more accusers than Roethlisberger which brands will need to consider, too. Roethlisberger faced allegations from one woman while Watson is accused by 22, and those accusations come in the context of the #MeToo movement.

"It's hard to know the impact of race in this particular instance or in Roethlisberger's instance," Rosner added. "But in general, I think we can say that race is typically a factor whether consciously or unconsciously considered. It's an obvious difference between the two cases. We'll see if it leads to different treatment."

Watson, 25, is scheduled to make $10 million for the upcoming season. He signed a four-year extension worth $156 million ($73 million guaranteed), starting in 2022, increasing his salary to $35 million that season. He's represented by agency Athletes First.

But whether he'll be in Houston is the question. Watson requested the be traded before his legal issues started. Rosner said brands would also need to take this into account.

Like Roethlisberger, if Watson does overcome the bad publicity and he gets traded to a bigger market club with more appeal, brands who walk away could open up doors for competition.

"The difficulty with dropping – you score points immediately in the court of public opinion, but if the allegations are proven to be untrue, or if they are not substantiated, then it's likely a competitor will swoop in and sign the athlete to a deal that you terminated. So there is some risk in that," Rosner said.

But Watson's marketability has taken a hit. And in a social media climate, Rosner said brands looking to keep endorsements with Watson should be concerned moving forward.

"I would have, as a brand, some apprehension about continuing the relationship," Rosner said. "But at a minimum, you're suspending any sort of relationship and coming out with a strongly worded commentary – at a bare minimum."

Correction: This story has been updated to reflect that Solis alleged Watson's sexual assault happened in March 2020.