Rita Glavin, the attorney for former New York Gov. Andrew Cuomo, served a notification to Albany County Sheriff Craig Apple Sr. Saturday to preserve "everything" relating to his office's investigation of the Democrat.

Cuomo was charged Thursday with a misdemeanor sex-crime complaint alleging he forcibly touched a woman last December. The complaint came two months after the former governor resigned in disgrace following accusations of sexual harassment by nearly a dozen women were made against him that were detailed in a report issued by state Attorney General Letitia James. Apple's investigator signed the criminal complaint against Cuomo.

"The Governor has been unequivocal in denying these allegations since Day 1 and neither Sheriff Apple, Tish James, nor any Albany politician have evidence proving otherwise," spokesman Rich Azzopardi said in a statement Saturday. "To be clear: there is no corroborating evidence of the claim made against the Governor because it did not happen. 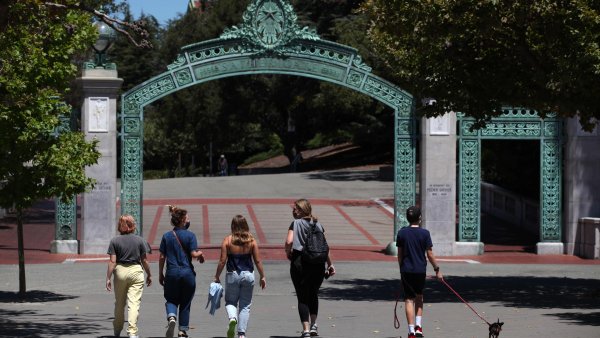 College Applications Rebounded by 22% This Year—Here's Why

"What did occur was a clear abuse of power by the Sheriff and we plan to get to the bottom of it."

Glavin and Apple's offices did not immediately respond to CNBC's request for comment.

Glavin is requesting Apple's office preserve all records between itself and Brittany Commisso, a former assistant of Cuomo who publicly identified herself as the staffer who had told Apple's investigators that Cuomo manhandled her and grabbed her breast in the Executive Mansion, as well as records from her attorney.

She is also requesting the office preserve all communications between itself and the press, other legislators, the attorney general and other public officials, among other documents.

James' report, issued in August, said investigators found that Cuomo had sexually harassed at least 11 current and former staffers. Per the report, Cuomo allegedly touched women without their consent and made inappropriate comments.

Apple told reporters Friday he has "an overwhelming amount of evidence" against Cuomo. The former governor is due to appear in court Nov. 17 in the case.