South Korea's military said two rounds of unidentified ballistic missiles were fired into the open waters of the East Sea, also known as the Sea of Japan, according to NBC News. 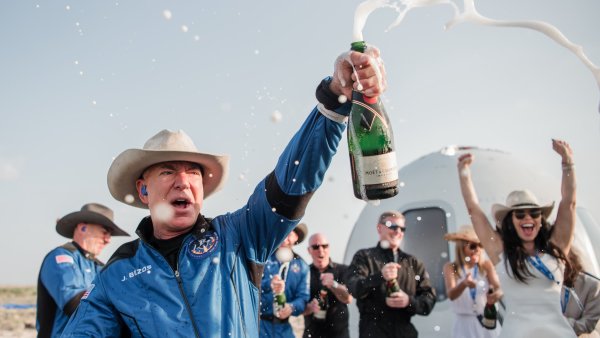 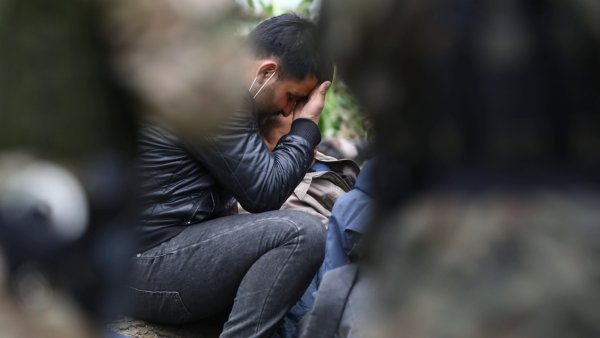 Belarus Accused of ‘Weaponizing' Migrants at the EU's Border: Here's What You Need to Know

Japan's Suga condemned the missile launch as "simply outrageous" and said it was a "threat to the peace and security" of the region.

"It is in violation of UN Security Council resolution, and I strongly protest and condemn this," he said outside his office, adding that the government will continue to monitor the area.

"We will work closely with the U.S., South Korea, and other concerned nations to resolutely protect the lives of our citizens and their peaceful lives," the prime minister said.

South Korea will be holding an emergency meeting over the ballistic missile launch on Wednesday afternoon, NBC reported.

"President Moon Jae In was immediately briefed about NK's launch of the unidentified projectile... [and] will be convening the National Security Council meeting with its standing committee members upon returning from his outdoor schedules today," said Park Kyung-mi, the presidential spokesperson in a text briefing.

What is North Korea trying to signal?

The missile launches come during Chinese Foreign Minister Wang Yi's visit to Seoul and as top officials from the U.S., Japan and South Korea meet in Tokyo to discuss the North's nuclear ambitions.

"It's not a coincidence that North Korea has launched something today, basically to get the attention of all these other countries," said Shawn Ho, an associate research fellow at the S. Rajaratnam School of International Studies (RSIS) in Singapore.

It seems like North Korea decided it was in their interest to fire missiles on Wednesday despite knowing China would be unhappy, he told CNBC.

North Korea is continuing to develop missiles, driven by security strategy and technical factors, and the missile tests contradict international hopes for dialogue, said Leif-Eric Easley, a professor at Ewha University in Seoul.

The launch makes China appear "unwilling or unable to restrain Pyongyang," he added.

North Korea is also trying to signal that it should be taken seriously by the U.S. and China, and is using "provocative actions" to pressure Beijing not to neglect Pyongyang, said Ryu Yongwook, an assistant professor at Lee Kuan Yew School of Public Policy.

It demonstrates the North's resolve to "defy international rules and norms," and shows its potential to cause havoc for regional peace and prosperity, he told CNBC in an email.

The latest missile launch by Pyongyang is a "strong signal" to the U.S. that recent conciliatory messages have not been enough, Ryu added.

It is trying to provoke the U.S. into doing much, such as lifting economic sanctions, but "progress will be hard to come by" as both sides are likely to stick to their current positions, he predicted.

The U.S. should send the message that denuclearization will lead to economic development and prosperity for North Korea, he said.

Ho from RSIS said North Korea's actions may make it more difficult for the U.S. to continue offering negotiations.

"It may seem that the Americans are perhaps too forgiving or too eager to engage North Korea, which may not help in terms of their domestic politics," he said.

The U.S. Indo-Pacific Command said in a statement that Wednesday's launch "highlights the destabilizing impact of the DPRK's illicit weapons program," but added that it does not pose an immediate threat to U.S. personnel, territory or Washington's allies.

It said the U.S. commitment to defending South Korea and Japan "remains ironclad."

U.S.-North Korea relations have been volatile in recent years.

Trump and North Korean leader Kim Jong Un exchanged barbs in 2017, but subsequently moved to hold two bilateral meetings discussing denuclearization and possible sanctions relief. Not much progress was made after the second summit in Hanoi ended abruptly.