This story is part of CNBC Make It's Millennial Mortgage series, which profiles how people around the world approach saving for, buying and renovating their first homes.

In March, as Covid-19 spread across the country, Krystal Anyang-Kusi closed on her first home in Lawrenceville, Georgia.

Until she moved in May, Anyang-Kusi, 30, lived in her parents' home in Virginia with her three sisters. But she was ready for some independence. "I knew back in 2018 that I wanted to move out of my parents' house the following year," she tells CNBC Make It. She didn't expect to be moving during a global pandemic though.

Anyang-Kusi bought her 1,850-square-foot, three-bedroom, two-and-a-half-bathroom new build for $252,275, with a down payment of $4,570, or about 1.8%. She was sold on the property after seeing an online video tour of the townhome model and visiting the lot. Because the down payment was less than 20%, she pays for private mortgage insurance (PMI), which costs her an additional $171 per month on top of her mortgage payment of $1,461.

Yet despite her existing debt, she has no regrets about adding a 30-year mortgage. 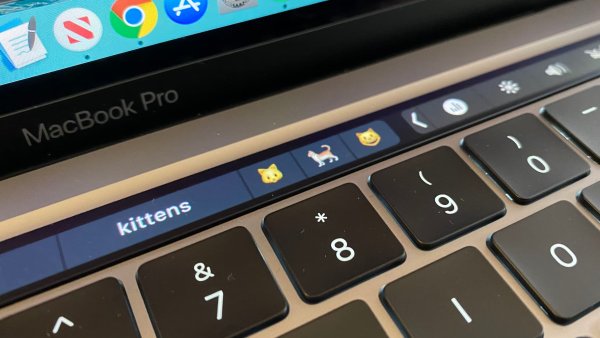 "I did feel worried taking on an additional debt," she says. "The thing that gave me solace was that I knew a home would be more of a long-term investment." All in all, "I just trusted that this time is right for me."

Anyang-Kusi didn't see any reason to put off becoming a homeowner. "I wanted to get a house. I wanted to move forward in my life," she says. "Why do I have to wait before I do something like that? I wanted independence, and I wanted something that I could call my own and invest in."

Buying and building a home during a pandemic

Anyang-Kusi started saving to buy a home in 2018. After a year, she had stashed away about $10,000 and decided she wanted to look for places in the Atlanta, Georgia, area.

She works remotely as a talent acquisition recruiter for a big four accounting firm, earning $95,000 a year, and landed on Atlanta for two reasons: The reasonable cost of living and the ability to find a new construction in the suburbs of a big city at an affordable price point.

She hoped to take advantage of assistance programs, such as the Georgia Dream Homeownership Program, to help with the cost. However, she wasn't approved, primarily due to her income level. As a result, Anyang-Kusi did things "a little bit backwards," she says.

Instead of getting pre-approved for a mortgage to see how much she could borrow, she started by looking up home prices in neighborhoods she liked, which led her to set her budget between $200,000 and $250,000. It wasn't until she had this price range in mind that she began reaching out to different lenders.

Anyang-Kusi's "backwards" approach — and her fear of not being approved for a mortgage — isn't out of the ordinary for Black Americans, who have historically faced extreme inequalities when it comes to homeownership.

Black mortgage applicants are denied by lenders at a rate 80% higher than White applicants, according to 2020 data from the Home Mortgage Disclosure Act. In turn, almost 60% of Black homebuyers are concerned about qualifying for a mortgage, while only 46% of White buyers are, according to a recent survey by Zillow.

Anyang-Kusi was well aware of the fact that it's harder for Black people to get mortgages, but she was determined to become a homeowner anyway.

She flew to Georgia in June 2019 to look at homes but didn't like any of the six subdivisions she saw, so she continued her search virtually. That's when her relator sent her a video of a neighborhood in Lawrenceville, and "I knew, even virtually, that I was pretty much sold," she says.

In October 2019, Anyang-Kusi flew to Atlanta to see the neighborhood and townhome model in person. She immediately knew it was the one. She put down a deposit of $3,000 to start construction and picked her lot. Through the neighborhood's preferred lender, Anyang-Kusi got a 30-year mortgage with a 3.75% interest rate.

"Luckily, things aligned when I applied through the preferred lender. I was approved immediately," she says. "That was a sign that this was a neighborhood for me."

But because of the pandemic, Anyang-Kusi had to officially close on her home virtually due to travel restrictions and safety precautions. It was nerve-wracking to finish the process from so far away: "I was kind of concerned as we got closer to closing," she recalls, thinking, "'I know I was approved five, six months ago, but am I still going to be approved?'"

She didn't see her finished home in-person until May 2020, when she was finally able to move in. "It all felt really surreal that I was standing in something that was mine and that I had worked hard to get," she says. "Now, it was kind of like my baby to help raise and groom."

For Anyang-Kusi, buying and building her first home exemplified her own independence and hard work. But, it represented a dream come true for her parents as well.

"I was raised by immigrant, Ghanaian parents who worked tirelessly to make sure that my sisters and I lived out the 'American dream' they came to the U.S. to fulfill," she says.

For the first half of her life, Anyang-Kusi and her family lived in a three-level townhome in Alexandria, Virginia. When she was in middle school, her parents decided to build a new, five-bedroom single-family home in nearby Woodbridge.

As the home was built, Anyang-Kusi and her sisters would visit the property with their parents to watch its progress. "My dad was always very excited about our new home and how nice it was going to look," she says. "It was like their pride and joy."

Her father's excitement for building a new home for his family stuck with her, which is why she also chose to go with a new build.

Still, Anyang-Kusi says leaving her family was one of the most difficult sacrifices she made when moving out, and she's getting used to the increased costs that come with being a homeowner. While living with her parents, Anyang-Kusi contributed to certain expenses, including rent, food and cable, but she says that was "chump change" compared to what she pays now.

"Even little things like grocery shopping or paying for utility bills, I could split with my family," she says. "Now, all of those things fall on myself."

Here's how her typical monthly housing expenses break down:

Although she is comfortable with her mortgage payment, Anyang-Kusi wishes that she saved more money before buying her home.

After the down payment and closing costs, "I only had about $2,000 left at that time to furnish the home," she says. "I wish that I would have saved an additional $10,000 before moving in."

Throughout the process, she also encountered a few unexpected upfront costs: For construction to begin on her home, she spent $3,000 on a deposit. Then, she spent $1,500 to move her belongings and car. And although some appliances, like the microwave, dishwasher and stove, were included in the price of the home, she paid an additional $2,060 for a washer, dryer and refrigerator.

But overall, buying a home has made Anyang-Kusi feel more independent — and happy.

"It's definitely given me a sense of being more of an adult, changed my mindset on a lot of things and made me more responsible, especially when it comes to finances," she says. "My word for the year is fearless: I feel like if I can do this, I can do so many other things that I thought I couldn't do."

This mindset, in part, is why Anyang-Kusi wanted to share her story.

"I really want to encourage other minorities, especially minority women, that this is something that you can do. You don't have to make six figures or more," she says. "You can be encouraged to go for what you want, and you can do it single."

Are you a first time homeowner? Share your story with us for a chance to be featured in a future installment.

Check out: This 27-year-old sign language interpreter and TikTok creator makes $60,000 a year