How Can the U.S. Boost Retirement Planning for Minorities? Start With Access and Education

Families of color were already trailing their White peers in retirement savings.

Then the coronavirus pandemic hit, adding a further hurdle to retirement planning for minorities in the U.S.

More than 60% of Hispanic households are at risk of being unable to maintain their current standard of living in retirement, along with 54% of Black households and 48% of White households, according to the latest available data from the National Retirement Risk Index calculated by the Center for Retirement Research at Boston College.

More from Invest in You:
Here's how veterans can recover and even thrive during the Covid crisis
Many families are in survival mode. How it's changing their money mindset
Deepak Chopra: We're experiencing 3 pandemics right now 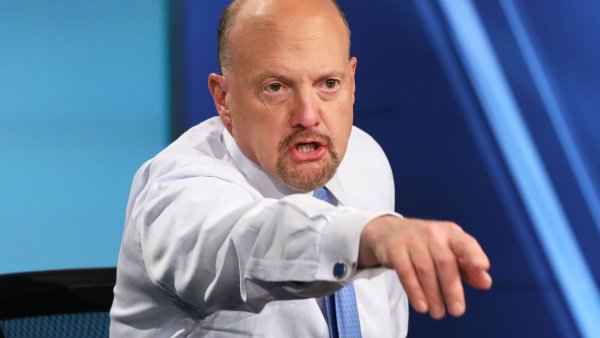 What Jim Cramer Is Watching in the Market Monday, Including Rivian, Banks and IPOs

The index calculates risk by comparing retirement savings versus what households would need to maintain their current standard of living after leaving the workforce.

The health crisis has made things worse.

While overall unemployment has recovered from its pandemic peak of nearly 15% in April, it's much higher for minorities. The White unemployment rate in October was 6%, while the rate for Hispanic and Black workers was 8.8% and 10.8%, respectively.

This could further widen the racial gap in retirement planning, as unemployment also has a negative effect on retirement savings, according to a July report from the Boston College center. The retirement risk index has likely increased to 55% from 50% across the board due to the pandemic and, for households that lost jobs, jumped to more than 75% from 54%.

It's also caused significant financial stress that's hit households of color especially hard. While 45% of White Americans are worried about their financial future, 56% of Black and Hispanic households said the same, along with 51% of Asians, according to Prudential's 2020 Financial Wellness Census.

"The pandemic had a disproportionate effect on minority communities, especially Latino-Americans, because it's really eroded some of the financial gains that have built up over the past decade," said Yanela Frias, president of Prudential Retirement.

Why retirement gap is so large for Hispanic households

The retirement gap for Hispanic and Latino households presents a risk, as the group is the largest minority in the U.S. and makes up a major part of the workforce.

One of the biggest reasons Hispanic families have struggled with retirement readiness is a lack of access or use of employer-sponsored retirement plans, according to the Boston College center report. While 54% of White workers and 46% of Black workers took advantage of such plans, only 34% of Hispanic workers did.

Other reports have similar findings. A February study from UnidosUS found that just over half of Latino workers have an employer with a sponsored retirement plan, compared with nearly 75% of White workers.

He says younger Latinos can't go to their parents for financial advice, especially retirement planning, as they never had a 401(k) or IRA plan. That can discourage them from saving for their own futures.

"Lack of education in the household really stops them," said Barajas, chief operating officer and partner at MGO Wealth Advisors, based in Newport Beach, California, and a member of the CNBC Financial Advisor Council. "That's been the biggest gap."

To be sure, there are many reasons why families of different races, ethnicities and backgrounds may struggle with building wealth in the U.S, including saving for retirement.

People of color are also more likely to be unbanked or underbanked than their White peers in the U.S. according to Federal Reserve data, making it more difficult to build emergency savings or have anything invested in the stock market.

There are also systemic issues at play that disproportionately impact certain minorities and have been exacerbated by the pandemic, such as overrepresentation in low-wage industries like restaurant services, leisure and hospitality, said CFP Lee Baker, president of Apex Financial Services in Atlanta and a member of the CNBC Financial Advisor Council.

Barajas agreed, pointing to the experience of some of his clients. "They don't put money away because they don't have the money to put away," he said.

How to save for retirement and chip away at the gap

Still, there are some things that people can do on an individual level to better their readiness for retirement and improve their finances.

1. Take a holistic view of your finances, including saving for retirement: When Barajas works with families, one of the first exercises he does with them is ask them to explain in detail their long-term goals.

"The 'how' is important, but the 'why' is really the most important," he said. With clear long-term goals in mind, it's easier to work with families to change financial habits in the short-term.

Baker also advises his clients to make sure that they have retirement savings, as well as emergency savings to protect their long-term plans.

"If you're having to pull money out of your IRA or 401(k), particularly early on, you're taking a haircut," he said.

"You can very quickly get an IRA account open at any number of custodians, pretty quickly get it funded and begin to build a retirement portfolio that's diversified that can allow you to chip away at that gap," he said.

3. Invest in the market — but with discipline: While investing in the market can be scary, especially for a do it yourself investor, Baker recommends not sitting it out. You can miss a lot of upside based on fear, he said. For example, someone that stayed invested in the major market rally from 2008 to present would have seen great returns in any investment account.

"That really means maintaining some sense of discipline and not running to take those funds out," said Baker. He also suggests reaching out to a financial advisor if you need help.

4. Stay the course: One of the most important parts of retirement planning is persistent saving over time.

"We all have storms that we have to get through, but the captains that navigate their ships through the storms the best are those that are well prepared and don't lose sight of the horizon," said Baker.

CHECK OUT: Digital nomad makes $600 a month in passive income: Here are her top tips via Grow with Acorns+CNBC.