WASHINGTON – The Pentagon acknowledged Tuesday that the stunning collapse of the Afghan army amid a rapid Taliban advance contributed to the Biden administration's chaotic exodus from the war-weary country.

"The fact that the Afghan army we and our partners trained simply melted away, in many cases without firing a shot, took us all by surprise," Secretary of Defense Lloyd Austin told the Senate Armed Services Committee.

"It would be dishonest to claim otherwise," added Austin, a veteran of the wars in the Middle East.

Colin Powell: ‘Get Mad, and Then Get Over It,' and 12 Other Rules He Lived and Worked by 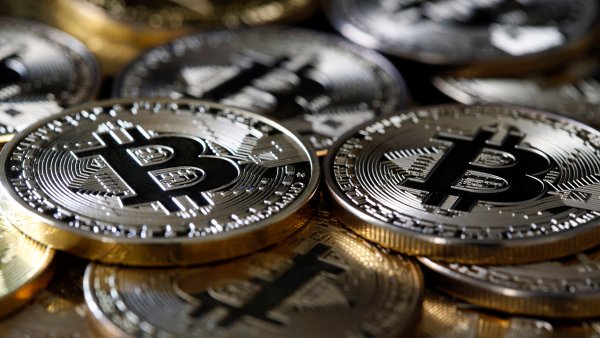 First Bitcoin Futures Exchange-Traded Fund Starts Trading Tuesday. What to Know Before Adding It to Your Portfolio

Chairman of the Joint Chiefs of Staff U.S. Army Gen. Mark Milley said that while many of the American- and NATO coalition-trained Afghan troops attempted to hold their positions against the Taliban, the majority did not.

"Many units did fight at the very end but the vast majority put their weapons down and melted away in a very, very short period of time," Milley said. "I think that has to do with will and with leadership but I think we still need to try to figure out exactly why that was," he added.

"It is clear, it is obvious. The war in Afghanistan did not end on the terms, we wanted. The Taliban, now in power in Kabul," Milley said.

Both Austin and Milley batted away criticism from lawmakers that the U.S. military's colossal 17-day humanitarian evacuation from Afghanistan was overall unsuccessful.

Austin said that the U.S. military managed to move more than 7,000 people daily.

"On military aircraft alone, we flew more than 387 sorties, averaging nearly 23 per day. At the height of this operation, an aircraft was taking off every 45 minutes," he said, adding that "not a single sortie was missed for maintenance, fuel, or logistical problems."

"Was it perfect? Of course not," Austin said.

"We moved so many people, so quickly out of Kabul that we ran into capacity and screening problems at intermediate staging bases outside Afghanistan. And we are still working to get Americans out who wish to leave," he said, adding that the U.S. State Department is also attempting to evacuate Afghan allies enrolled in the Special Immigrant Visa program.

When asked about the lasting impact among NATO allies in the wake of a hurried evacuation, Milley told lawmakers that U.S. credibility was being "intensely reviewed" by allies and adversaries alike. Austin added that American credibility "remains solid" citing his interactions with U.S. allies since the withdrawal.

At President Joe Biden's direction, the U.S. military mission in Afghanistan ended on Aug. 31 after the evacuation of approximately 125,000 people out of the country. Of that total, about 6,000 were U.S. citizens and their families.

The U.S. began its war in Afghanistan in October 2001, weeks after the attacks of Sept. 11. The Taliban at the time provided sanctuary to al-Qaeda, the group that planned and carried out the devastating terrorist attacks on the World Trade Center and the Pentagon.

Since then, about 2,500 U.S. service members have died in the conflict, which also claimed the lives of more than 100,000 Afghan troops, police personnel and civilians.

After 20 years of investment, four U.S. presidents and 12 secretaries of Defense, the Taliban are yet again in power.

In the final weeks of a planned exodus of foreign forces from Afghanistan, the Taliban carried out a succession of shocking battlefield gains. On Aug. 15, the group captured the presidential palace in Kabul, triggering Western governments to accelerate evacuation efforts of at-risk Afghan nationals, diplomats and civilians.

Following the Taliban takeover, Biden defended his decision that the U.S. would depart the war-torn country.

"I stand squarely behind my decision. After 20 years I've learned the hard way that there was never a good time to withdraw U.S. forces," Biden said a day after Afghanistan collapsed to the Taliban.

"American troops cannot and should not be fighting in a war and dying in a war that Afghan forces are not willing to fight for themselves," Biden said. "We gave them every chance to determine their own future. We could not provide them with the will to fight for that future."

Biden ordered the deployment of thousands of U.S. troops to Kabul to help with the colossal humanitarian airlift and secure the perimeter of the airport.

In the final week of the evacuation efforts, terrorists from the group ISIS-K killed 13 U.S. service members and dozens of Afghans in an attack outside the airport. U.S. forces retaliated and launched strikes in a bid to thwart other attacks.