The Chinese government's sudden crackdown on after-school education companies is raising costs for many parents and throwing millions of jobs into uncertainty.

In a country where parents prize a good education — and good grades play an outsized role in determining career opportunities — tens of millions of students across China drown in after-school tutoring courses every year.

But this summer will be the last one for educational institutions to legally sell such tutoring programs. 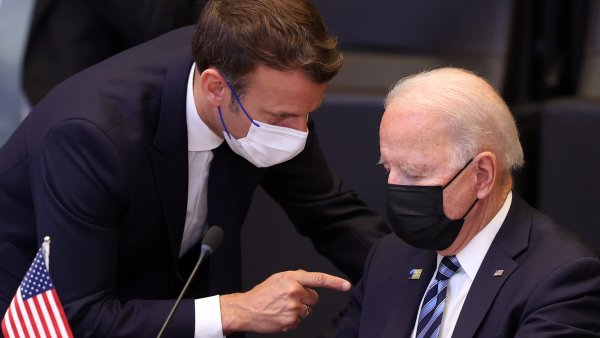 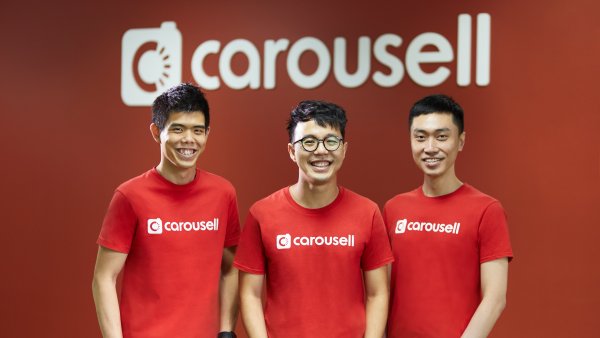 Since the central government officially released the so-called double reduction policy last month, local authorities in several provinces, such as Shanxi and Hunan, have ordered private businesses to suspend online and offline tutoring classes for children from kindergarten to 9th grade.

The policy states that one of its major goals is to ease the burden and anxiety for Chinese parents wanting to give their children a good education.

The guidelines focus on the nine years of compulsory education before high school — from elementary to middle school — and call for academic tutoring businesses to restructure as non-profits.

The policy also prohibits those businesses from offering classes on weekends, holidays, summer and winter breaks — effectively allowing tutoring only on weekdays with a limited number of hours.

The scale of the crackdown is "far beyond expectations," said Alan Wang, an analyst covering education at Beijing-based asset manager Harvest Fund Management.

The industry was preparing for some regulations, but it didn't expect an order for restructuring that included a ban on public listings, making the sector basically "not investable," he said in Mandarin, according to a CNBC translation.

Some parents will still pay up for tutoring courses they can find, sending costs higher, he added.

CNBC interviews across the education industry reveal that the new regulations shocked parents and left businesses struggling, as millions of employees braced for job losses.

If the local Beijing government bans after-school tutoring institutions, one mother surnamed Zhang said she will consider forming a small group with other parents to hire private tutors for their children.

That means hourly rates will go up and parents will pay less up-front deposits than if they had gone through an institution, said Zhang, who declined to share her first name on privacy concerns.

Zhang said she will spare no efforts to invest in helping her two children compete for "very limited" high quality education in China. The family lives in Beijing's top public school district of Haidian, and the older child, who is set to begin middle school in the fall, spends about three hours a day at online group classes and one or two hours of one-on-one tutoring a week.

That's less than her peers in the district, who study all day or at least half a day during the summer break, Zhang said.

Her younger child, who just finished the first year of elementary school, is spending about half an hour daily on online group classes. Zhang had hoped to enroll her daughter in more offline tutoring classes as staring at the screen is damaging her eyesight. But the latest crackdown means it will be almost impossible.

"I feel this approach is kind of one size fits all," Zhang said in Mandarin, according to a CNBC translation.

These Chinese U.S.-listed stocks could be relatively safe as Beijing crackdown continues

After-school tutoring can be costly, but many parents feel compelled to sign their children up so they stand a chance in the highly competitive college entrance exam system.

Luna Cheng is raising her 13-year-old daughter in Shanghai's downtown Jing'an district. She told CNBC she paid about 5,000 yuan ($774) for a two-week summer course with about 20 other students, comprising of three hours a day on mathematics.

That's a hefty sum for most households, who also face high housing costs.

A 5,000 yuan course is about 71% of the average monthly disposable income of 7,058 yuan for urban residents in Shanghai, according to official data for this year.

But the same course would far exceed the average monthly disposable income of 3,756 yuan for rural residents working in Shanghai, the data showed, although rural workers have seen their incomes grow more quickly than urban ones.

In Beijing, the hourly rate of a private one-on-one class anecdotally ranges from around 500 yuan to 2000 yuan.

Despite the cost, Cheng said she wanted to enroll her daughter in more courses this summer, but her daughter did not want to sign up.

"I am a bit anxious,'' Cheng said. Her daughter will begin physics class in the fall, and Cheng estimates that 90% of her classmates will be studying for it during the summer break. Without extra studying time after school, Cheng said she is afraid her daughter will not be able to catch up, let alone excel in the new subject.

Such fears push parents in China to spend a lot on after-school tutoring and help fuel a burgeoning industry.

According to a 2020 report by Oliver Wyman, the market size for China's after-school tutoring for kindergarten to 12th grade students reached 800 billion yuan ($123.7 billion) in 2019.

The consultancy predicted the market will break 1 trillion yuan by 2025. The growth was further accelerated by the Covid-19 pandemic, especially for online tutoring.

The new policy may actually have adverse effects in the short term, especially since poorer families typically send their children to tutoring schools only because of peer pressure, Claudia Wang, partner at Oliver Wyman and lead of the firm's Asia education practice, told CNBC on Monday.

"Now, they've probably given up," she said.

Millions of jobs at risk

The consequences reach far beyond business owners and parents: the future of millions of workers also hangs in the balance.

As education companies struggle to comply with the new policies, many businesses will likely be forced to shut down.

The education service industry provides about 10 million jobs in China, according to a report in January by Beijing Normal University and TAL Education in 2021.

Tutoring centers focused on academic subjects should pivot to another industry as soon as possible, Citic Securities, a major Chinese investment bank, said in a note sent to its clients on July 23.

The "double reduction" is just the beginning, and more supporting policies will come to regulate nine-year compulsory education, said Citic Securities. The analysts said the risks for high school education-related businesses are not high at this time.

A senior employee of 17 Education & Technology Group — a U.S.-listed after-school tutoring company in China — told CNBC the company plans to halve the number of employees.

The source asked to resign when the central government released its harsh policy on the sector, but chose to stay longer to help the company pivot its business. However, "nobody really knows how," he said in Mandarin, according to a CNBC translation.

Other education industry giants are reportedly preparing for a 30% to 70% cut in their labor force, depending on how local authorities implement the central government's regulation and how much the firm relies on income from tutoring students who are kindergarten to 9th grade.

The ban on tutoring on weekends and summer or winter breaks particularly hurts the businesses, since those classes account for more than 65% of class hours for most privately run after-school tutoring companies, the source said. Banning those courses means the majority of employees will no longer be needed.

In the wake of potential layoffs, Chen Xiangdong, the founder and CEO of Gaotu, said in a letter to employees last week that he is "very, very sorry that we have to make this tough decision," according to a report by Chinese financial media Lei News.

However, Wang, the analyst from Harvest Fund Management, said he did not expect much fallout from potential job losses because the government would likely have already considered employment issues before making the policy decision.

In the quarter ending Feb. 28, New Oriental recorded a 29% year-on-year increase in net revenues to $1.19 billion, with student enrollments in academic subjects tutoring and test preparation courses increasing by 43% to nearly 2.3 million registrations.

During the same period, TAL's net revenues increased 58.9% from last year to $1.36 billion.

Chinese education stocks listed in the U.S. plunged after news of the government crackdown, and lost more than half their value that day. New Oriental and TAL postponed their earnings report plans scheduled for this week.

New Oriental, TAL, Gaotu and 17EdTech did not immediately respond to CNBC's request for comment on this story.

Among the privately held businesses, major players like Yuanfudao, Zuoyebang and Huohua Siwei successfully completed several rounds of fundraising during the pandemic, raking in billions of U.S. dollars. These "mega unicorns" are reported to have planned to list in the United States just before the policy announcement.

Companies that managed to go public ahead of the crackdown are suffering as well.

Beijing-headquartered 17EdTech was listed on the Nasdaq in December with an offering price of $10.50. Now, its share price is around $1.