Republicans and Democrats agree that the U.S. is in dire need of a major infrastructure overhaul, and at the very least, that Congress should authorize significant repairs to roads and bridges.

The fierce disagreement between the two parties begins over which provisions are worthy of running the federal deficit higher, as well as over how to finance such a massive undertaking.

And while Wall Street worries about potential increases to corporate and individual income tax rates, Democrats may soon turn to an Obama-era tool to finance their infrastructure plans: Build America Bonds.

BABs are special municipal bonds that allow states and counties to float debt with interest costs subsidized by the federal government. That underwriting not only served to ease jittery investors in the aftermath of the financial crisis, but also made municipal debt even more attractive with rates sometimes north of 7%.

This approach could be especially helpful in President Joe Biden's infrastructure push, especially after the hefty price tag of his $1.9 trillion Covid-19 relief package. Even by the most modest estimates, the cost to repair the nation's infrastructure reaches into the trillions of dollars. 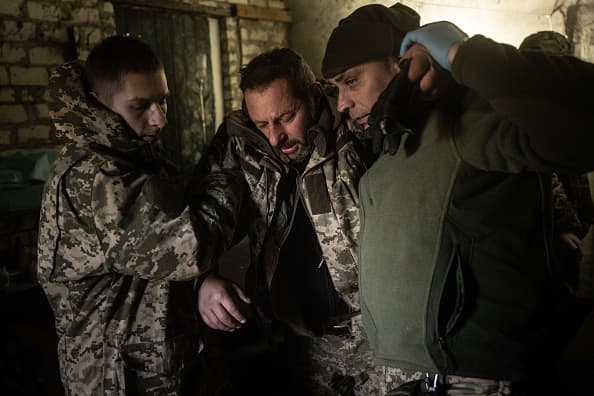 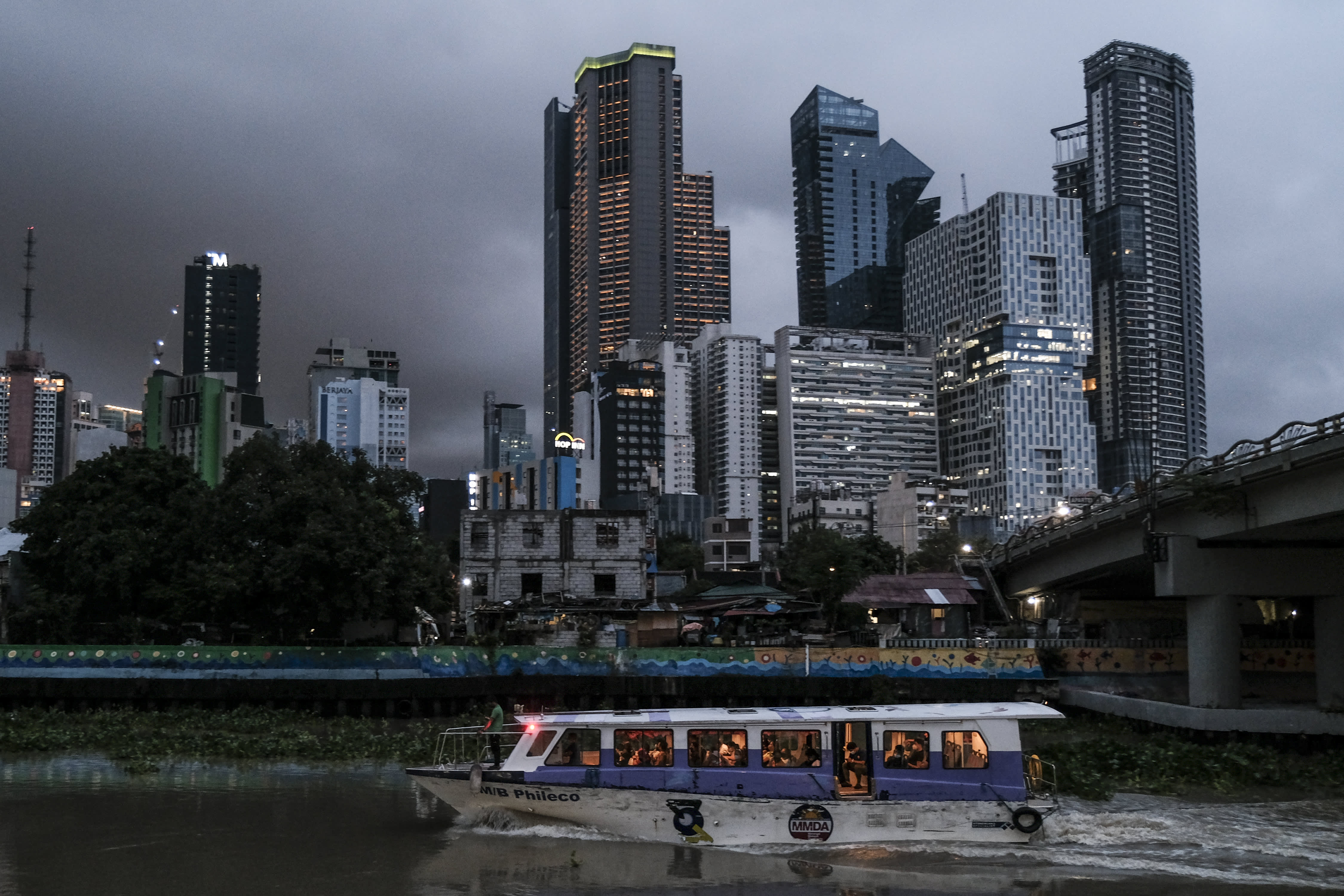 Those sums, merely for repairs already deemed necessary, come before the expansive and innovative technologies Democrats hope to include in Biden's forthcoming bill. The White House is expected to pitch a bill worth at least $3 trillion and include a litany of infrastructure and social assistance programs.

Build America Bonds entered U.S. markets more than a decade ago as the Obama administration sought ways to finance capital projects across the country and jumpstart the economy in the aftermath of the Great Recession.

The beauty of subsidizing the interest associated with muni bonds, Rai argues, is that every dollar spent by the federal government works to reinforce the integrity of larger spending projects that, legally, only states and localities have the power to pursue.

The federal government owns less than 10% of the nation's infrastructure, while the rest is operated by states, cities and the private sector.

"This price tag of $2 trillion, $3 trillion — that's not really accurate because the price tag is only that big if the federal government is going to give state and local governments grants," Rai said in a phone interview earlier in March.

Instead, when the federal government underwrites BABs, it allows states and cities to issue far more debt than investors would otherwise accept without astronomical interest costs and doubts over whether they would be able to repay.

"What a lot of people don't realize is that just some tax raises — like increasing the corporate tax rate or implementing a carbon fuel tax — even those very marginal tax increases will be more than enough to fund the initial outlay of infrastructure projects," Rai said.

"These projects are, ultimately, self-sustaining," he added. "There's a magnifier effect, a stimulative effect: It generates employment, it generates tax revenues. So, it's a no-brainer."

Rai added at the time that it's almost certain the White House is considering BABs among a variety of financing options.

Transportation Secretary Pete Buttigieg confirmed later Friday, after this story was initially published, that the administration is considering the bonds amid other financing options.

"I'm hearing a lot of appetite to make sure that there are sustainable funding streams," Buttigieg said. Build America Bonds show "a lot of promise in terms of the way that we leverage that kind of financing. There have been ideas around things like a national infrastructure bank, too."

A critical feature of BABs is that unlike 83% of the market for municipal bonds, they are taxed by the federal government.

Most bonds issued by state and local governments under "normal" conditions are attractive to investors because the interest is generally exempt from federal income taxes. As a result, U.S. investors are willing to accept a lower interest rate than they would otherwise demand.

For foreign investors, however, the interest on U.S. municipal bonds is still taxable by their home country, so they are generally apathetic low-yielding debt issued in the U.S.

But by making BABs subject to federal taxes, state and local governments are forced to offer higher interest rates on their bonds to guarantee investors the same effective rate of return.

Given that foreign investors, with their multitrillion-dollar demand base, have expressed an unwavering interest in investing in U.S. infrastructure, they would be keenly interested in a taxable structure. This is because from their perspective, BABs are indistinguishable from a conventional taxable bond, according to Rai.

The drawback of BABs, though perhaps more impactful than grants written for the equivalent amount, is that the federal government is still on the hook for billions of dollars' worth in interest costs until the BABs mature.

The Obama-era program, which had no annual caps and subsidized interest costs at 35%, expired at the end of 2010 after states and municipalities sold more than $180 billion of the bonds, far more than the federal government initially expected.

Some lawmakers, such as Sen. Ron Wyden, D-Ore., remain supportive of the program and open to the possibility that they could play a role again in future infrastructure initiatives.

"Build America Bonds were an overwhelming success in the Recovery Act," Wyden, chairman of the Senate Finance Committee, told CNBC on Wednesday. "I'm incredibly proud of that program, and a similar financing structure will be part of the conversation as we move forward."

Leading Republicans, on the other hand, had grown sick of the costs associated with BABs by 2011. GOP lawmakers said the federal government's commitment to subsidize 35% of the interest payments on local bonds was too high.

Former Sen. Orrin Hatch, then the ranking Republican on the Senate Banking Committee, said in February 2011 that the bonds were "simply a disguised state bailout" that disproportionately helped New York and California.

"These bonds rightly expired at the end of 2010 and it is my hope the Obama administration does not try to resurrect such a nonsensical provision in their upcoming budget," he said at the time.

Sen. Pat Toomey, R-Penn., a member of the Senate Finance Committee, is a "no" on resurrecting the bonds.

"State and local governments have never been more flush with cash. In addition to record tax collections last year, Congress sent them $500 billion. Despite all that, two weeks ago, Congress sent them an additional $350 billion they didn't need," he told CNBC on Friday. "So no, I do not support misallocating billions of dollars more to incentivize potentially unworthy projects and to encourage insolvent or irresponsible state and local governments to take on even more debt."

Rai conceded that appetite for BABs could vary based on each state's creditworthiness, with states like New York with stronger balance sheets perhaps a more appealing bet than Illinois.

He countered, however, that even cities in Illinois could see significant revenue generation via BABs if the state works to backstop local municipal bonds. The federal government's commitment to subsidize interest costs could be lowered from 35% to 30% or even 28%, as Democrats proposed in 2011, Rai said.

But with the nation's infrastructure in dire straits, some Republicans may view BABs as a compelling option to fund infrastructure projects that, in time, eventually pay for themselves through job creation and tax revenues.

Mississippi Sen. Roger Wicker, the GOP's ranking member on the Commerce Committee, co-sponsored a bill with Sen. Michael Bennet, D-Colo., in 2020 that called for a revival of BABs with certain improvements.

Wicker and Bennet's bonds would be exempt from sequestration, the process by which Congress has gradually eroded the size of its payments toward financing the original class of BABs.

"Empowering our local leaders to start important infrastructure projects is a proven, cost-effective way to help our communities emerge from severe financial hardship with assets that provide value to the area for years to come," Wicker said in a July press release.